That’s because The Falcon (built in 1594) has been transformed by the 75-year-old 7th Marquess of Northampton (known as the Mystic Marquess for his fascination with ancient lore and freemasonry) and his sixth wife, variously described as a sex therapist, yoga teacher, meditation devotee and believer in ‘energy lines’.

Consequently, we don’t know what to expect as we pitch up in driving rain. 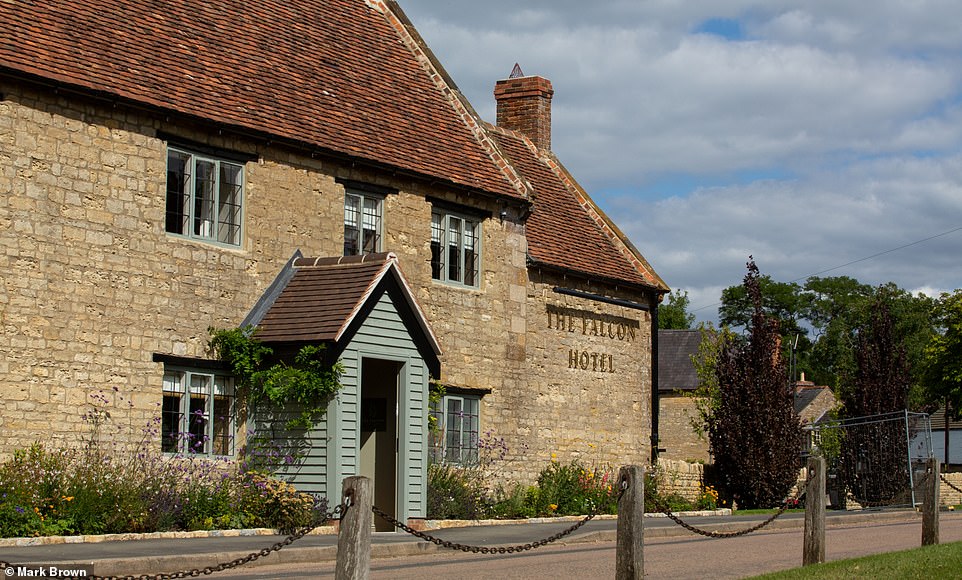 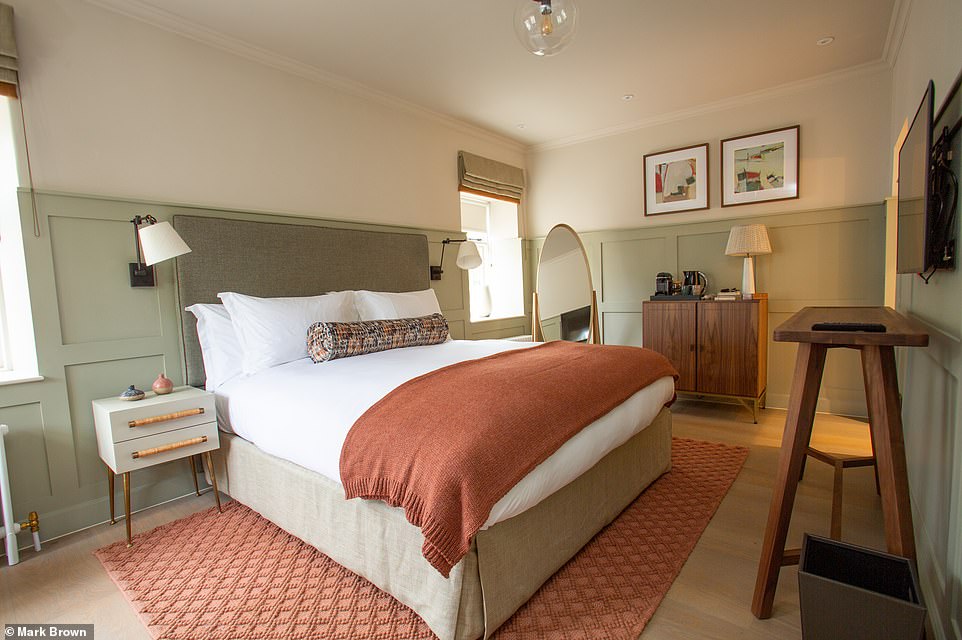 There are 22 rooms, some in the main building, some in an annexe and one or two in nearby cottages. The Inspector checked into a ‘superior’ room, pictured 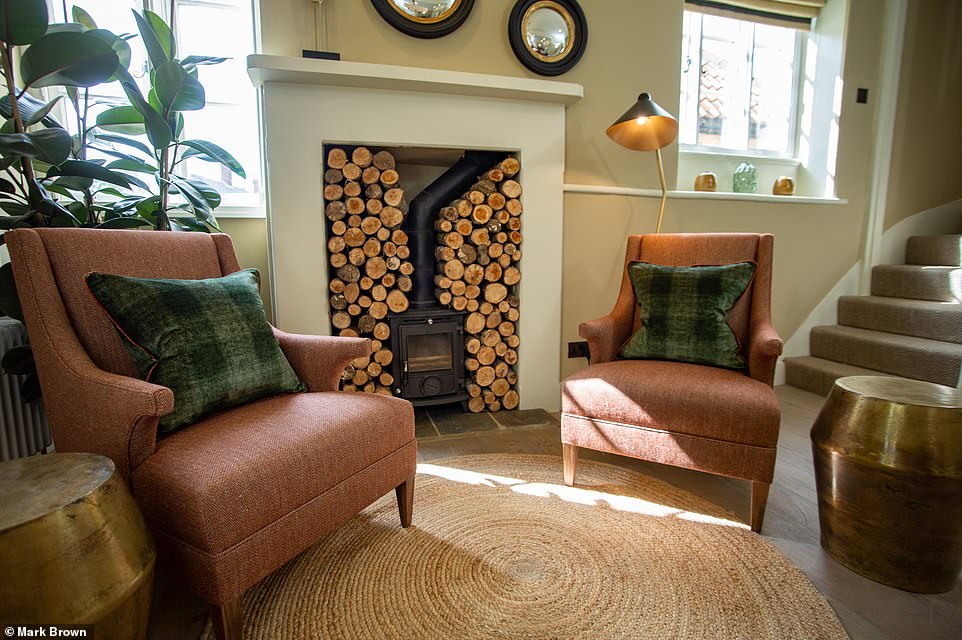 The Inspector said the shared living space off his room was cosy, but it would have been ‘even cosier if there wasn’t a “please don’t light” sign by the wood burner’ 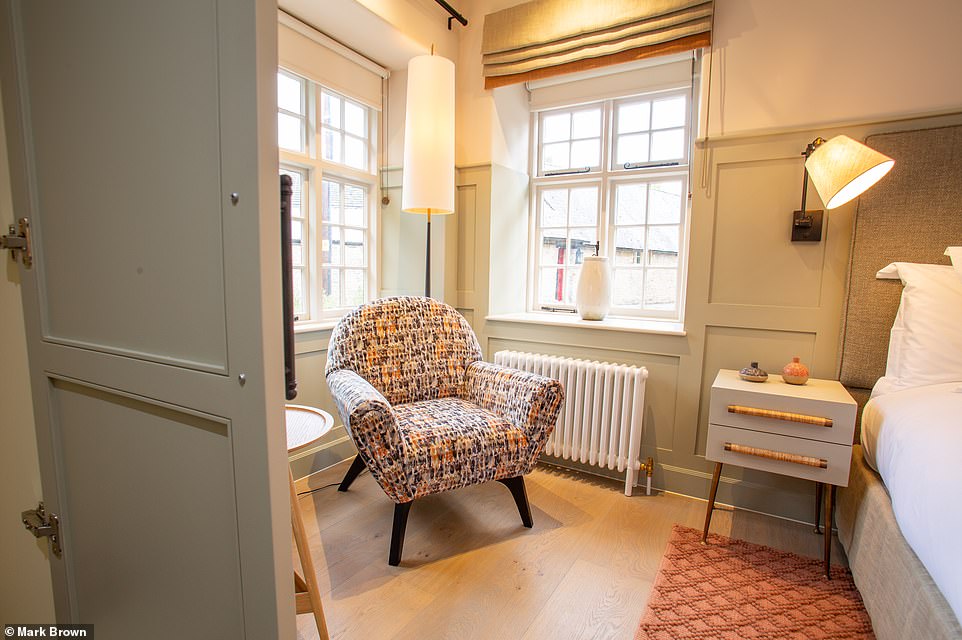 ‘Overall, it offers a masterclass for combining old and new,’ the Inspector says of The Falcon’s interior design

First, we are astounded by the magnificence of Grade I-listed Castle Ashby, even more so on discovering that it is one of two stately homes owned by Spencer ‘Spenny’ Compton.

The second one, 84-room Compton Wynyates, in Warwickshire, is where Spenny and his wife Tracy live.

‘They are often here and Lady Northampton is a real sweetheart,’ says a chatty member of staff from Estonia.

Certainly, the atmosphere is inviting and unthreatening, with a Swedish vibe.

Natural wood, stone, wool, large windows and one or two arresting paintings. Overall, it offers a masterclass for combining old and new. 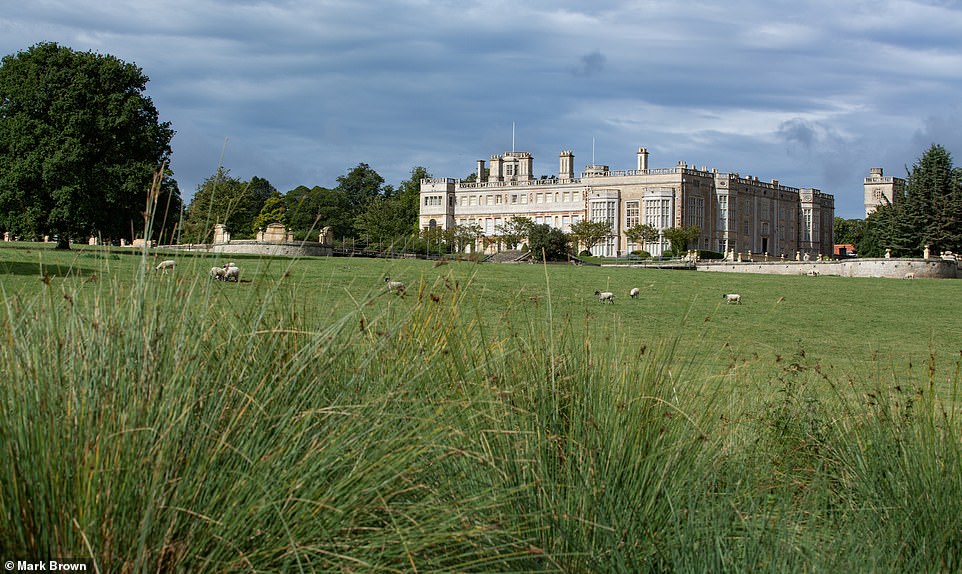 A view of the magnificent Grade I-listed Castle Ashby, which is one of the seats of the Marquess of Northampton 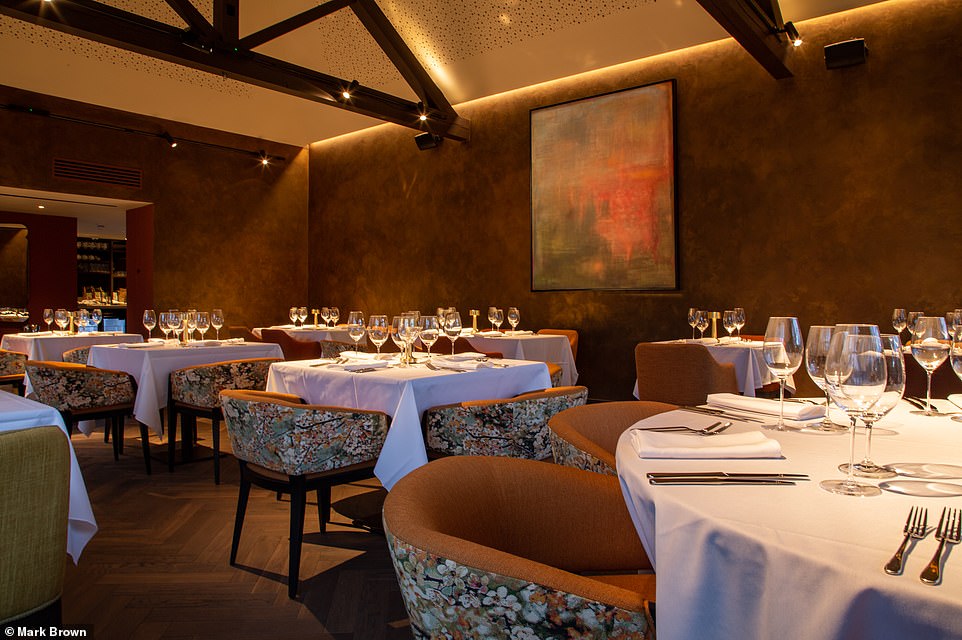 The hotel’s chef worked at Gordon Ramsay’s Petrus and there is a multi-course menu, including one devoted to home-made sourdough and unpasteurised butter, offered at £60 per head 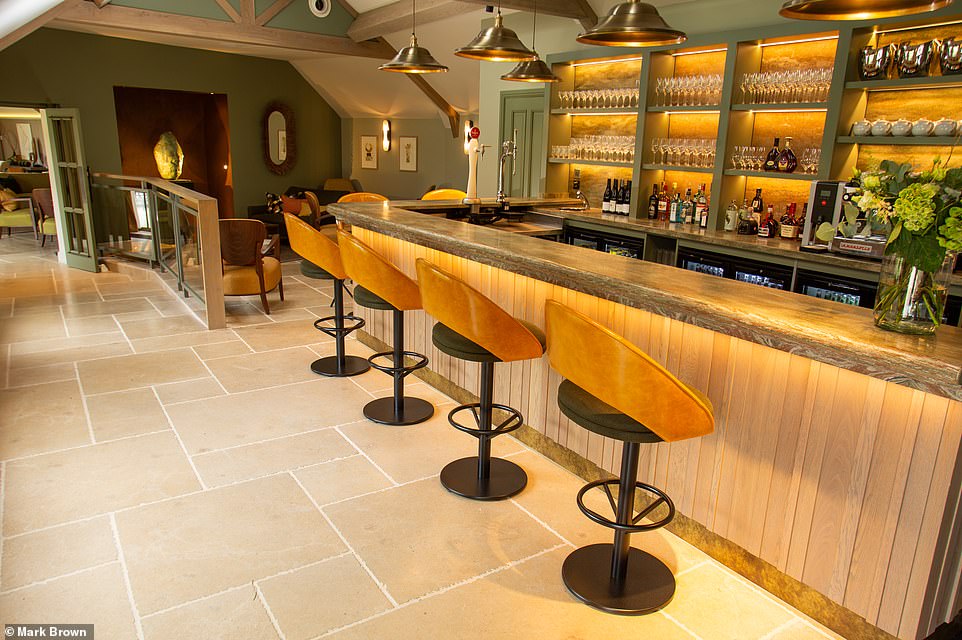 There are 22 rooms, some in the main building, some in an annexe and one or two in nearby cottages.

We’re in a cottage, with two rooms upstairs and a shared sitting room, and we have the place to ourselves.

Cosy but it would be even cosier if there wasn’t a ‘please don’t light’ sign by the wood burner.

‘It’s the best place to eat in the county,’ a shopkeeper in the village had told us.

I wouldn’t know about that, but this is highly sophisticated cooking (the chef worked at Gordon Ramsay’s Petrus), with the full Michelin-seeking works: canapé, amuse-bouche, one course devoted to home-made sourdough and unpasteurised butter, starter, main and dessert for £60 a head. 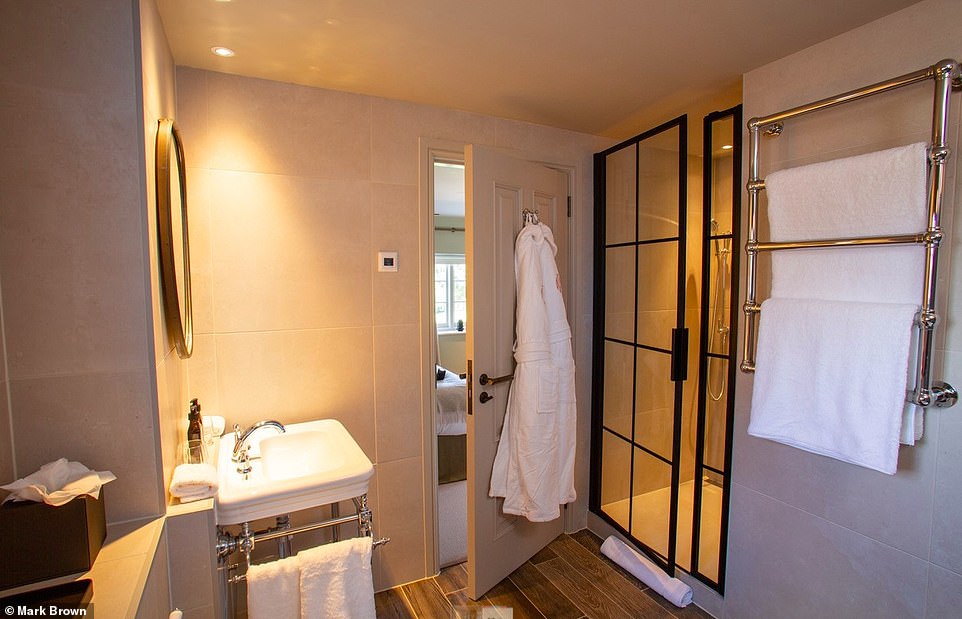 The Inspector said that his windowless bathroom was ‘a big disappointment’. Pictured, an example of one of the guest bathrooms at The Falcon minus a window 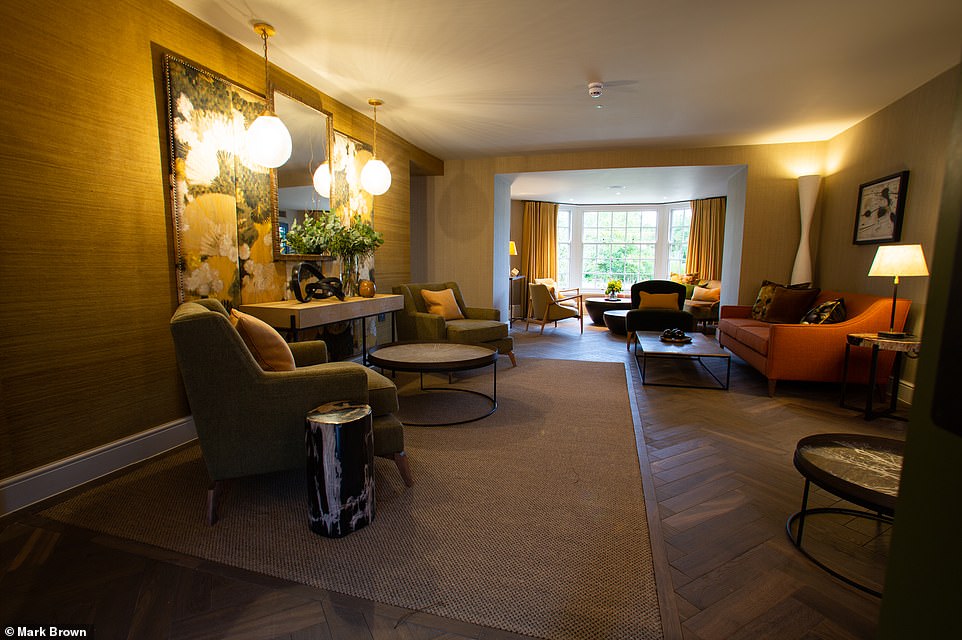 Double rooms at The Falcon start from £205. Pictured, one of the hotel’s inviting communal areas 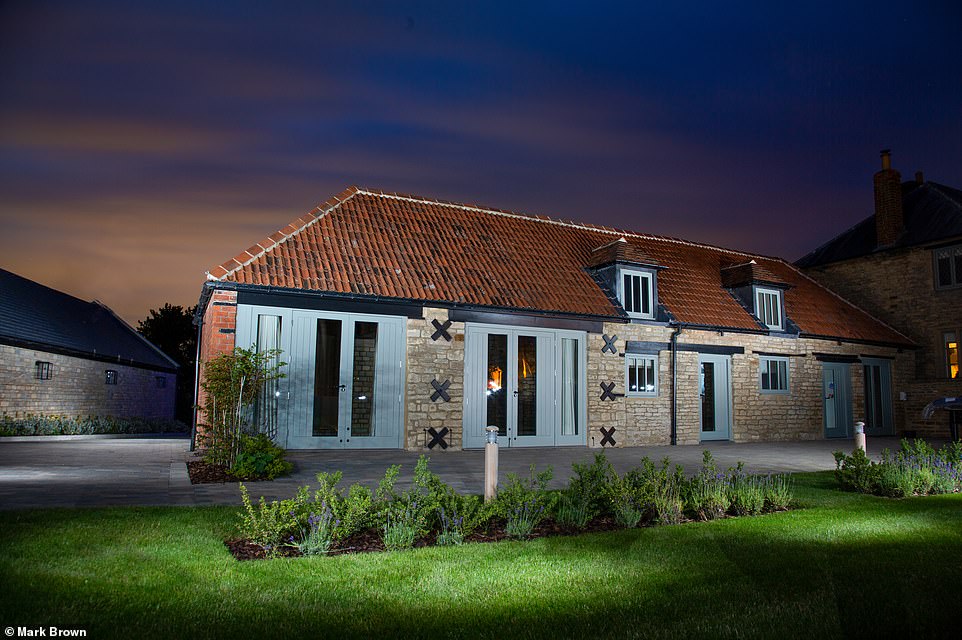 For fitness fanatics, the hotel also has its own yoga studio and juice bar, pictured

Throw in a couple of drinks and a bottle of vino, and you’re spending a lot at Spenny’s place.

Service is slow. The gap between starter and main course is absurdly long, for which our waitress apologises unreservedly.

Funnily enough, service at breakfast is slow, too, even though the hotel is not even a quarter full.

This can easily be remedied. What also should be remedied are the prices.

Our ‘superior’ room is pretty, but not £275 worth of pretty and the tiny windowless bathroom is a big disappointment.