I slept in a cabin some 30ft from the spot in Arles where Vincent Van Gogh set his easel in September 1888 to paint Starry Night Over The Rhone.

His vantage point, which offered a sweeping view of the river as it twists through the city, is barely two minutes’ walk from the Yellow House, which Vincent rented in the hope of creating a ‘studio of the south’ for himself and fellow artist Gauguin.

That friendship finished acrimoniously; their studio met an even more unhappy ending. The Yellow House was destroyed by Allied bombing in August 1944 – as was the nearby Pont des Lions railway bridge. 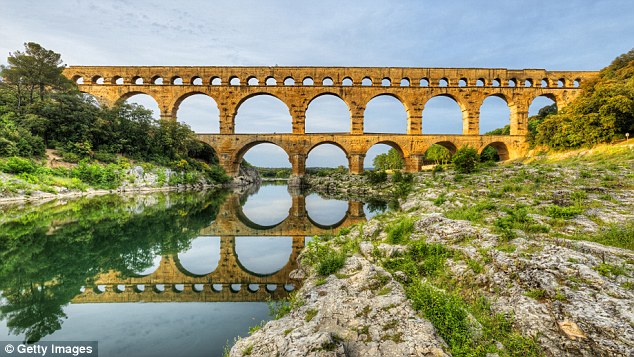 Water wonder: The Pont du Gard is an impressive aqueduct that crosses the River Gardon

The bridge’s lion statues survived to gaze over the mooring spot of our river cruise ship, the Amacello.

River cruising is now big business on the Rhone. Arles to the south and Lyons to the north represent either the beginning or the end point of a seven-day journey for Rhone cruisers.

Towards the end of the 19th Century, when Van Gogh was here, the Rhone was a less significant means of transport than you might have thought. By 1900 the railway had become the primary method of transport, but since the time of the Greeks and Romans, the Rhone, which flows 500 miles from St Gothard in Switzerland to the Mediterranean, offered intriguing possibilities.

The problem was that for much of its length, the river was a terrifying torrent. In Victorian times, any passenger boarding a boat at Lyons for a journey south did so in the knowledge that they were boldly going where many had gone before and some had failed to make it back. 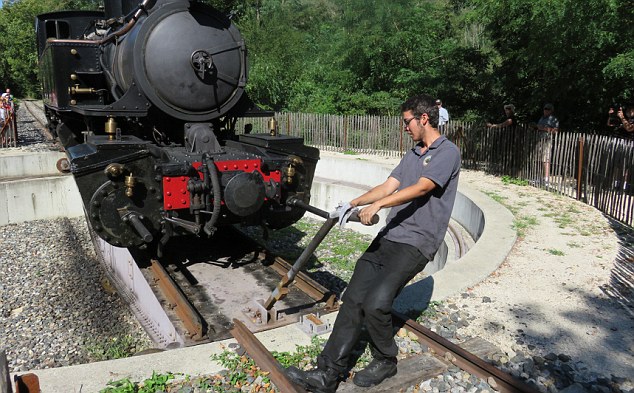 At the summit in Lamastre, the steam train puffs its way on to a turntable where it takes just one man to push the huge engine around so that it can pull passengers back down

Between Lyons and Arles the river descends more than 450ft, creating fierce currents and unpredictable shallows. Even today, larger vessels – such as our cruise ship – can face buffetings from the famous winds, the mistral and the sirocco, that race up and down the Rhone Valley.

It wasn’t until after the Second World War that work began to tame this mighty river. A series of 12 locks – which also served as hydro-electric generating dams – brought not only safer navigation but electricity and increased irrigation for local agriculture (which includes the like of wine-maker Chateauneuf du Pape).

The cruise ships are also bringing tourism, not particularly needed in Arles and Avignon, which are already honeypots for visitors, but to smaller towns along the river which are charming and probably more rewarding for tourists.

After a day spent wandering Arles in the footsteps of Van Gogh, the next port of call, Avignon, offered the chance to visit a more ancient watercourse project. In the 1st Century, the Romans decided to bring fresh water to the city of Nimes by building a 30-mile water channel, at the time a project as amazing in its ambition as it was extraordinary in its execution. 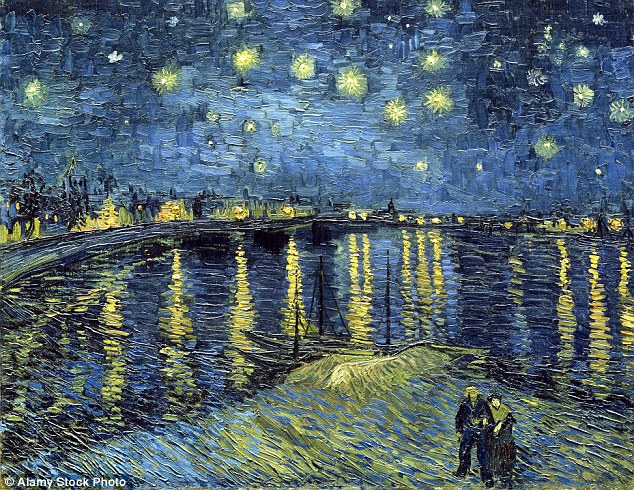 Enchanted evening: Van Gogh’s Starry Night Over The Rhone, which he painted while living in Arles

The part of the project known to all is the Pont du Gard, the aqueduct which crosses the River Gardon. An excellent museum at the site explains with large-scale models how the water course was constructed and how the Pont du Gard, in particular, was built.

The aqueduct ceased operating when the Roman Empire fell, and one wonders what Dark Ages visitors made of such a marvel. In the 17th Century they built a now-defunct road bridge, which sits next to the ancient structure with admirable sensitivity.

After the wow moment of the Pont du Gard, it would be easy to imagine that, in tourist terms, you’ve peaked. Not so. One of the key attractions of an ATP cruise is that so much is included in the basic price – being picked up from home and taken to and from the airport, for example. Or drinks at the bar or restaurant. 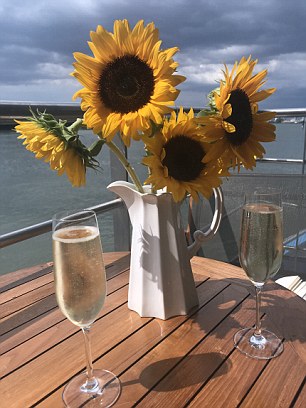 A sunflower tribute to Van Gogh aboard Frank’s ship

At our stop in Tournon we travelled on the small-gauge Ardeche railway. It offers a short and sweet climb up to the Doux Gorges through woodland. At the summit in Lamastre, the steam train puffs its way on to a turntable where it takes just one man to push the huge engine around so that it can pull us back down.

Such was the trading wealth generated by being next to the river, there are many handsome medieval towns along its way. Viviers, for example, looks as if its 15th Century merchants have only just stepped away from their handsome town- centre stone houses.

Our most memorable meal was on an excursion to the Abbaye de Collonges – once run by the late French master chef Paul Bocuse. It was of the highest of standards in glorious surroundings. One of the many unforgettable moments that come from being a river-cruise traveller, a member of one of the finest private clubs in the world.

APT’s fully inclusive eight-day Rhone Treasures river cruise sails between Arles and Lyons. There are nine departure dates available between May and September 2019.

Stops along the Rhone include Avignon, Viviers, Tournon, Vienne and Belleville.

Next year, APT will be introducing a new sightseeing highlight: a private cocktail reception, tour and tasting at the Pont du Gard.

Prices for the cruises start from £3,395 per person This includes flights, home-to-airport private transfers, meals and drinks, sightseeing and transfers. For more information, visit aptouring.co.uk or call 0800 046 3002.