Google Maps users were left both baffled and titillated after one person shared a bizarre screenshot of a scene they discovered in Tamagawa, Japan. It turns out, this is a scene that has already done the rounds, yet never fails to surprise those who come across it.

The moment occurred on a path alongside a busy road in Japan.

There doesn’t seem to be too much out of the ordinary when taking in the surroundings.

To the left is a row of what appear to be apartments, surrounded by foliage and shrubbery.

To the right, a road bustling with traffic. 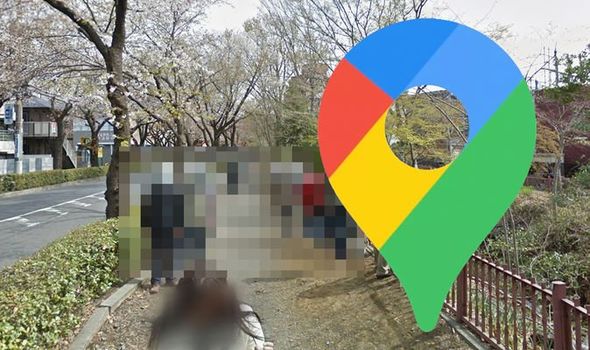 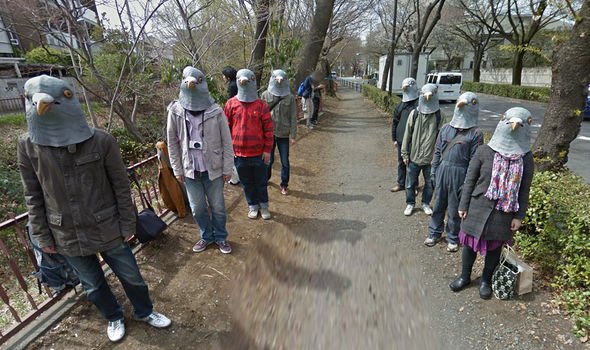 Meanwhile, passers-by mosey their way up and down the tree-lined street.

However, there is one group of people which makes the scene a rather eye-catching one.

Eight people stand along the path, split into four either side.

They are all dressed relatively normally from the neck down.

One wears a camera around his neck, as though out sight-seeing for the day.

Another has a selection of bags, perhaps just returned from shopping.

Despite it looking as though they are going about a regular day, their choice of bizarre headwear suggests this could be something of a set-up.

Each of the eight people are wearing a matching pigeon mask covering their entire head. 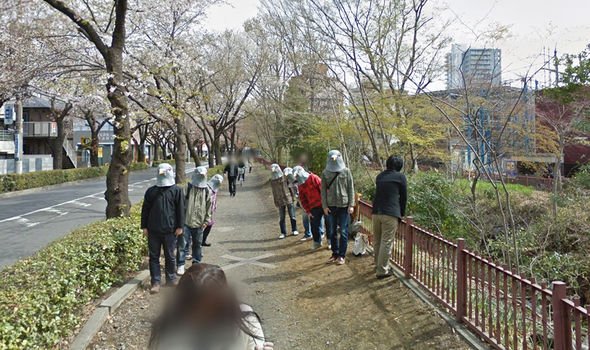 Adding further mystery to the scene, they are all lined up, with their arms pinned to their sides in matching poses.

It seems as though they knew that Google’s Street View camera would be around, and they arranged this hilarious display especially for the occasion.

“Walk past them a little and look behind,” states one Reddit user.

As the user pointed out, if you click further along the street, the bodies turn to face the camera again – never allowing it out of their eye line.

“This was posted here before,” explains the Reddit user.

However, despite the image having appeared previously, it seems the shock value has not gone away.

Many users found humour in the situation.

One wrote: “I bet any pigeons that saw this went “what…the…f**k”

Another joked: “Time for a coup.”