Google Maps Street View photos often go viral when they capture the weird and the wonderful. Some scenes snapped by Street View are rather amusing – although perhaps only for the viewer. One boy in the USA was pictured suffering a rather embarrassing fall.

It was photographed on a very ordinary-looking street in Philadephia.

To one side of the street is a bright blue bench.

A young boy wearing a red and white outfit can be seen sitting on the wooden slats. 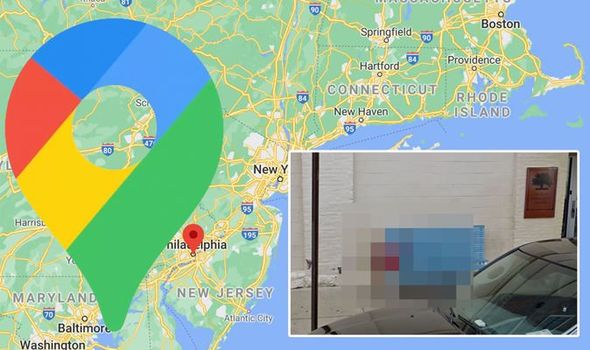 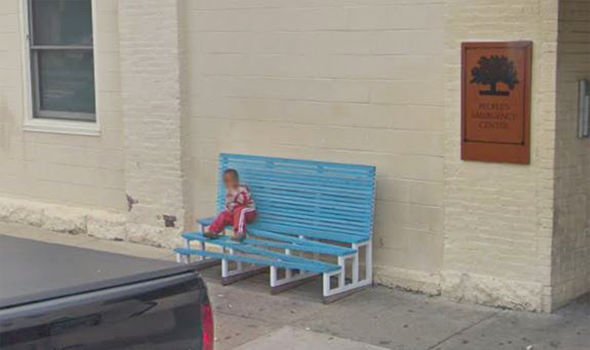 However, if the Google user travels further down the street – things don’t turn out so well for the child.

A second shot of the road shows the youngster taking a nasty tumble.

He can be seen captured mid-fall from the bench.

His left leg is thrown in the air as he sticks his right arm as thought to break his fall.

The frozen action shot makes to look as though the child is about to crash to the pavement at any second.

Frustratingly, how the scene panned out is not known.

If the Google user heads further down the street, tracking the movements of the Street View car to get a better view, a car blocks the view of the bench.

It’s certainly hoped the boy didn’t hurt himself too badly. 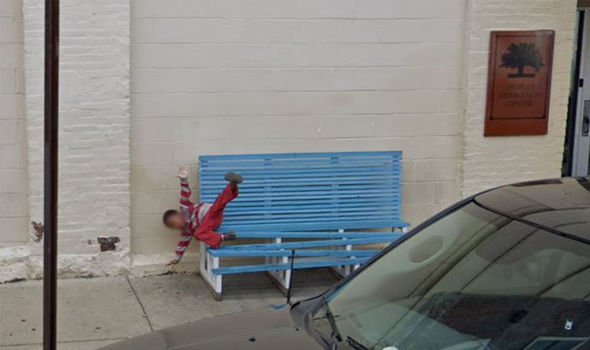 Some had sympathy for the child.

“Poor little dude!” one person commented on the kid’s misfortune.

Others weren’t quite so feeling. 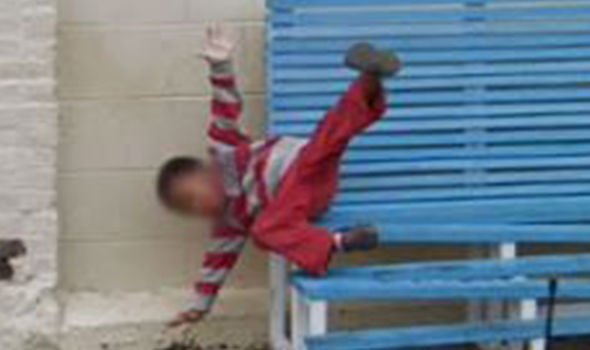 “If he kept rolling he would land on his face,” a Redditor pointed out.

Some were more baffled by the unusual design of the bench which features uneven slats.

Another penned: “Hostile architecture in action. Why do humans make anti-human designs just to prevent people experiencing homelessness from getting some sleep (sic).”