Google Maps Street View is supposed to be used for its function as a mapping service. It’s great for exploring destinations across the world from ground level. However, this 360-degree vista of the globe also means some intriguing images are thrown up.

The Google cars often capture people as they go about their lives.

Sometimes these folk can be up to some very unusual activities.

On some occasions, though, they look strange just by dint of their appearance.

This was the case for a man and his dog in Mexico.

A photo of the pair in Apodaca was posted on content-sharing site Reddit. 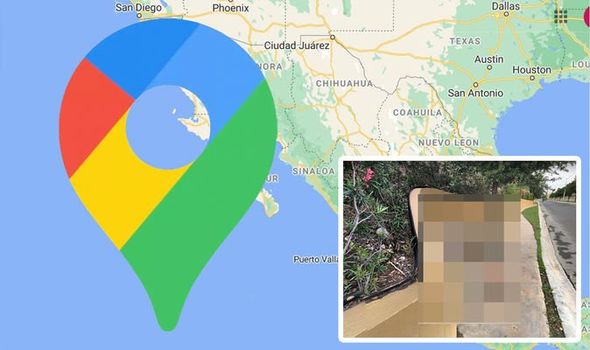 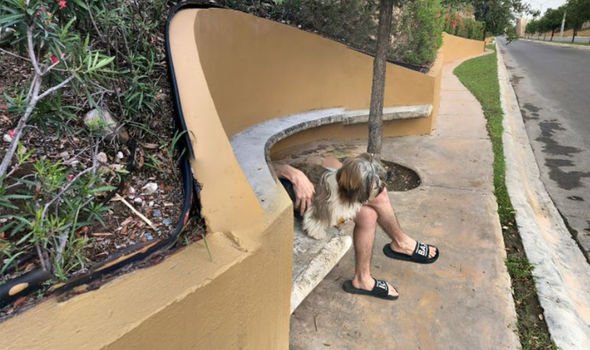 The Street View image shows a circular stone bench at the side of the road.

At first glance, it looks as though a man and a dog are sitting there.

However, on closer inspection one is less sure.

The “man” does not have a body at all.

In fact, all that can be seen of the human is a pair of hairy legs and feet in black sliders.

A hand can also be spotted resting on the pooch’s back.

But there is no torso attached to the leg or indeed head.

There is no arm attached to the hand and nor is there a second arm.

Something truly bizarre seems to have happened here.

The image was captioned on Reddit: “Pair of legs and hands walking a dog in Apodaca.” 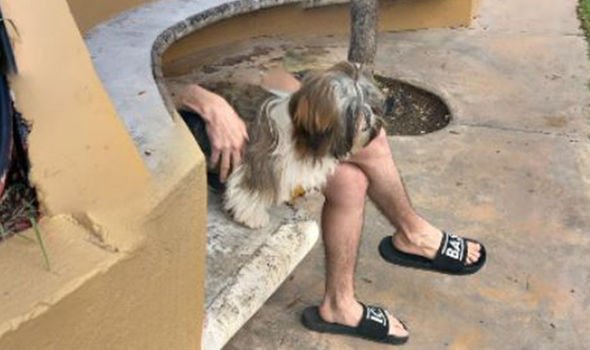 Viewers were quick to share their thoughts on the scene.

One made a Harry Potter reference, posting: “This is what happens when people don’t pay attention during Prof McGonagall’s Transfiguration class…they botch their transformation into animal halfway done! “

The Addams Family sprung to the mind of another Redditor. “Love it. Or is it just Thing with his dog and some relatives?” they wrote.

One person wondered whether Google Maps had got carried away their blurring process. “Saves processing time by not blurring the face,” they wrote.

The reality is likely that a technological glitch has occurred.

However, moving objects often ruin the scene as they shift when the photos are taken