Google Maps Street View has an uncanny habit of capturing people at the most inopportune times. Countless pedestrians and drivers have been left mortified by their presence on the tech giant’s mapping service. However, every now again, sighting the Street View car sparks pride rather than embarrassment.

This seems to be the case for one man photographed in the USA.

He was so thrilled to be captured he decided to expose himself.

The man’s snapshot went viral after being posted to US content-sharing site Reddit.

He was spotted outside a Walgreens supermarket, believed to be in New Jersey. 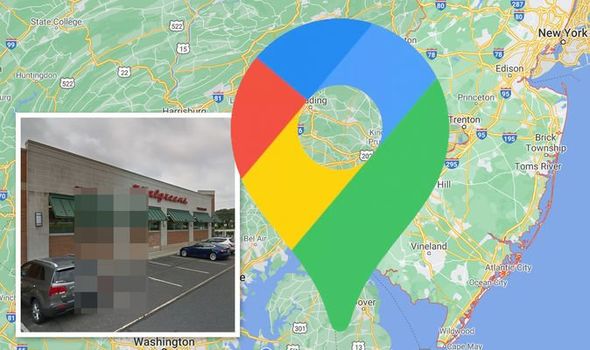 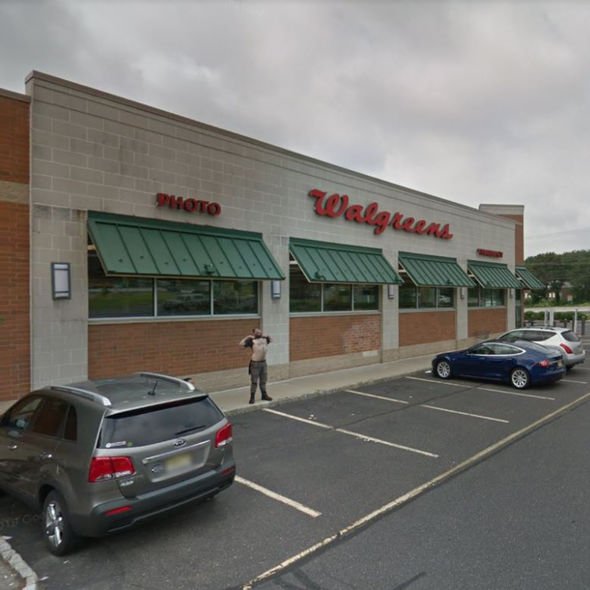 The man is standing on the pavement facing the car park.

He has quite clearly spotted the Street View and is keen to make his mark.

He has lifted up his shirt with both hands so his naked chest is entirely exposed.

“Found while searching an address for work. Made my day,” the Reddit user who posted the shot captioned the photo.

Some Reddit viewers were impressed with the man’s bold move.

“Solid find! And a good idea for a quick reaction to the Google mapmobile,” one wrote.

“I’ve only seen it while I was driving, so I couldn’t do this.”

Others praised the person who shared the shot. 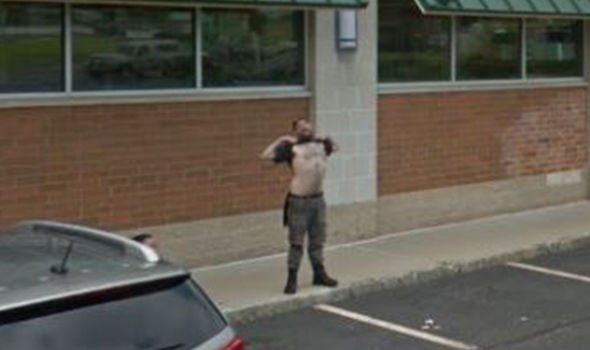 Another wrote: “That’s a good one.”

“I appreciate you OP. Good way to start the week,” a third stated.

Others admired the man’s enthusiasm in the photo.

“He’s so into it,” one person commented on the image.

“It’s the big break he was waiting for!” another replied.

Certain users wondered if they knew the man.

“If it weren’t for the what seem to be NJ plates I 100 percent thought that was a friend of mine, looks like him and that would be his MO,” one penned.