Sennen Cove is a justifiably popular place in West Cornwall. The views are glorious and the near-mile-long beach flaunts itself in a sweeping crescent facing the Atlantic.

Time evaporates as I look out, entranced by hanging clouds, ink-wash skies and crashing breakers, or the mesmerising moves of the Smart brothers – local pro-surfers and coaches – carving the waves.

If you’ve ever visited Sennen, chances are you’ll have dropped in at The Old Success Inn, over the road from the beach. Jovial and welcoming, it bustles with locals, families and walkers. The South West Coast Path cuts through the cove – from here, it’s a breathtaking 1½-mile trek to Land’s End. 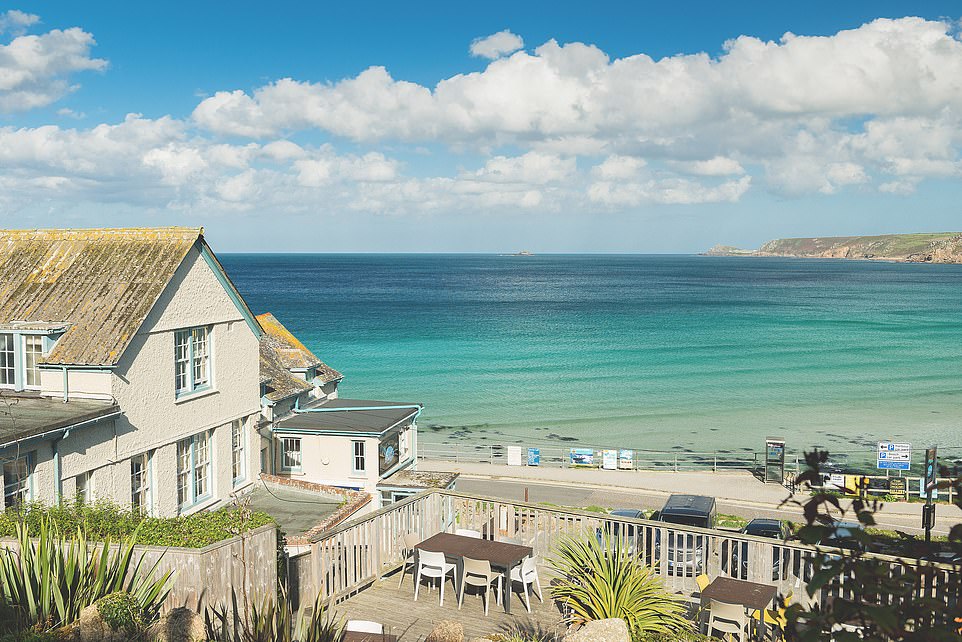 Full of character: The Old Success Inn is a 17th Century property in Sennen, Cornwall, opposite the beach

The characterful 17th Century inn boasts 13 guest rooms, some with sea views. But a modern two-storey building has just gone up adjacent to it and it’s the ten rooms here that interest me.

The Old Success has upped its game with these contemporary-styled quarters. Our dog-friendly ground-level room has wooden flooring and coastal tones of grey, blue and teal, wavy wallpaper, and pops of gorse-yellow. A mid-century-style mirror, rattan chair and scenes of seaside japes all catch the eye. It’s fresh and comfy.

All of the annexe rooms are glass-fronted – I gulp in the sea view before bounding across to the beach with partner and pup (do check when dogs are allowed). 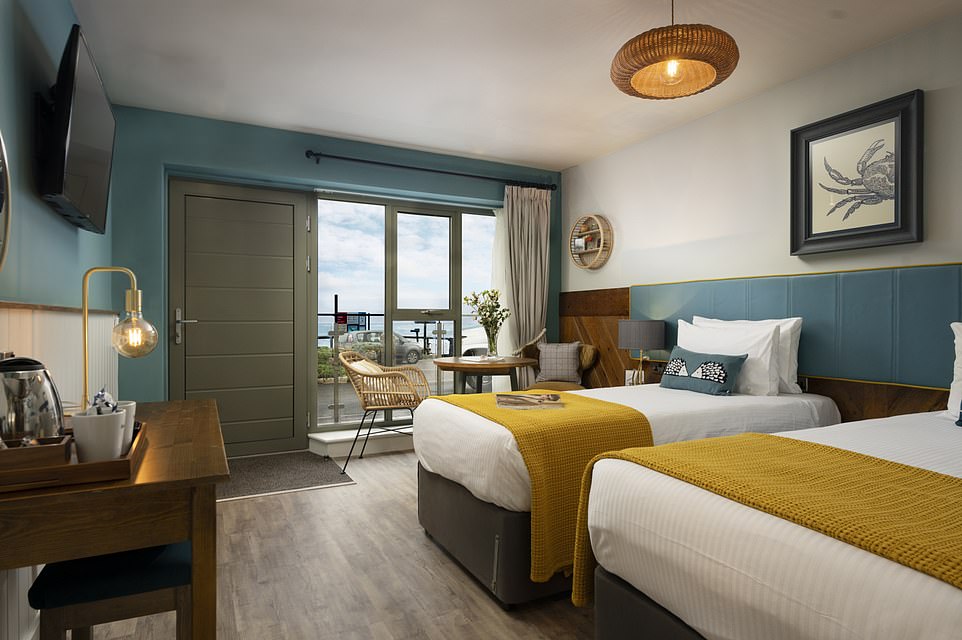 A modern two-storey annexe has just been built with 10 glass-fronted rooms. Pictured is one of the new rooms

Famished, we head to the inn for supper. No complaints here: crispy calamari and a beetroot falafel salad are great, and the West Country steak is delicious. Treleavens ice cream slips down a treat, as do Cornish tipples of Mena Dhu stout and Tarquin’s gin.

The thunderous waves don’t disturb us overnight – while the plants outside are battered by gales, we’re safely cocooned.

The morning gloom is in direct contrast to the sunny greetings we receive at breakfast – which is itself substantial and sets us up for the day.

The USP: It’s all about the location, beach, fabulous sea views (from all new rooms) and coastal walks at this hearty inn close to Land’s End.

The rooms: The 23 rooms are simple and relaxed. The annexe has five dog-friendly rooms and one that is wheelchair-accessible. Elemis toiletries, kettles and robes are provided, but note there’s no parking on site; use the (paying) car park across the road.

The food: Good pub grub with local ingredients is what you want and what you get. Big breakfasts include a full English, full veggie, smoked salmon and eggs. It’s a St Austell Brewery-owned inn so a pint of Tribute ale or Mena Dhu stout are recommended at lunchtime or dinner.