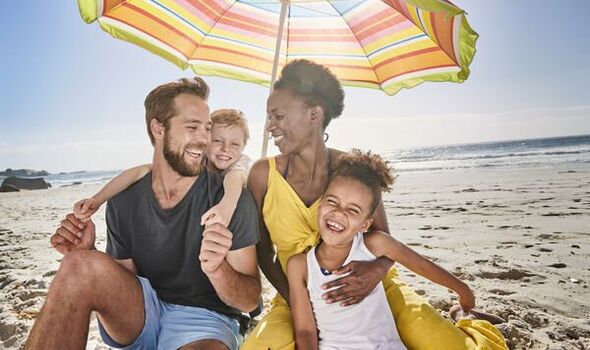 Holidaymakers face paying around 42 percent more for an air ticket from England’s six busiest airports compared with 2019, campaigners Which? revealed.

The hike is being blamed on fuel costs, pent-up demand and airport passenger caps.

Guy Hobbs, editor of Which? Travel, said: “Travellers have had a torrid time this year and our analysis shows they’re paying through the nose for their trouble.”

The average cost of one-way half-term tickets for six popular destinations – Alicante, Antalya, Dubai, Dublin, Malaga and Tenerife – came in at £212 this year compared with £150 in 2019.

Researchers looked at fares at six months, three months and six weeks before the October half-term in 2019 and 2022 at Heathrow, Gatwick, Manchester, Stansted, Luton and Birmingham airports.

The steepest jump was seen at Heathrow, where passengers have been capped at 100,000 a day until the end of the school break on October 29. The largest hike was on flights from the London hub to Tenerife.

Passengers booking six weeks before their departure date paid an average of £262 more each way than in 2019, adding £2,096 to the cost of a holiday for a family of four.

Heathrow to Dublin was £236 on average – 181 percent more expensive than the pre-pandemic price – but fares to the Irish capital varied depending on departure airport.

Mr Hobbs said: “With fares so high, it’s even more important that airports and airlines are held to account for the unacceptable disruption travellers have faced.

“The Government should give the Civil Aviation Authority stronger powers so it can hit operators with heavy fines when they flout the rules.”

Separate research from foreign currency exchange firm eurochange found holidaymakers in Spain for a week can expect to spend at least £505 more on their getaway than they did last year, excluding flights.

Local businesses also raised prices to make up for losses during the pandemic. Charles Stewart, managing director of eurochange, said: “Preparation is key when it comes to cutting costs, as there are many package holidays and budget flights available if you research.”

“Holidaymakers can also save by avoiding hiring a car, as it’s a large expense that’s more than doubled in the last year.”

The pound is weak against the dollar, which means the US will be expensive.

The euro is also weak, so the cost of holidays in Europe has been less affected, although the pound hit an almost two-year-low against the euro on Monday.

Mr Stewart added: “It’s also key to keep an eye on exchange rates and seek out the best deals, to make sure your cash goes as far as it can whilst abroad.”