After months of remaining closed to Victorian residents, NSW is expected to drop its border restrictions in just three weeks.

That is about a month after her Victorian counterpart Daniel Andrews put an end to Melbourne’s tough stage four lockdown.

The southern state has since recorded four consecutive days of zero cases.

The NSW Premier has repeatedly hinted at bringing down the border soon.

On Monday she said it would come down within “weeks, not months” and said a decision would be revealed on Wednesday.

Her stance a stark contrast to Annastacia Palaszczuk who has so far refused to open the Queensland border to Sydneysiders.

Ms Berejiklian previously told reporters making a decision on opening the border to Victoria could only come after the state has been out of lockdown for at least two weeks, in order to see how opening up would influence numbers. 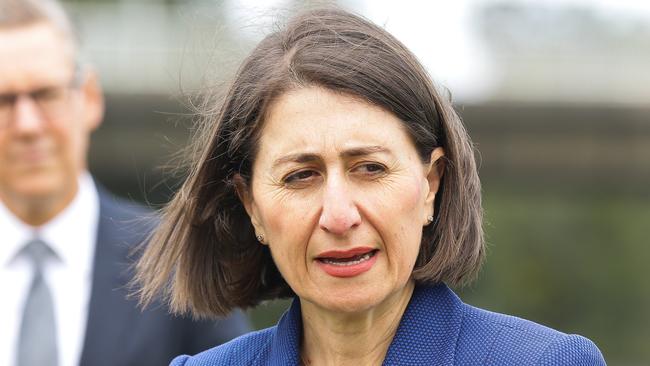 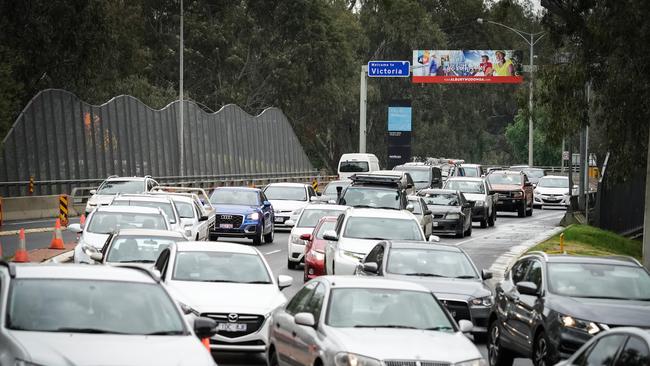 The border has been closed since July 8. Picture: Simon Dallinger.Source:News Corp Australia

“Now that Victoria is down to zero or a just handful of community transmissions a day that gives us pause to reflect on when that two-week period starts for us and of course we'll base that on health advice,” she said on Monday.

“But I certainly wanted to give the signal to the people of NSW that we're talking weeks not months in terms of when the Victorian border may come down, but that again is based on health advice.

“I think it is important to allow people to plan ahead, it's important for our airline sector, it’s important for people who rely on hospitality and tourism to consider what the future may hold.

“That's why, without pre-empting any future decisions, it could be weeks not months in terms of the NSW-Victoria border opening.”

The border between NSW and Victoria closed for the first time in a century on July 8.

Travel restrictions between metropolitan Melbourne and regional Victoria are set to end on November 9.