People could be banned from carrying alcohol around the streets of Venice in the latest bid to crackdown on rowdy tourists.

The Italian city is said to be considering fining anybody carrying booze after 7pm – even if it is in a sealed shopping bag.

It comes after complaints that tourists are becoming drunk in Venice’s squares and public places. Fines would be handed out to those without a ‘justifiable reason’ for carrying alcohol. 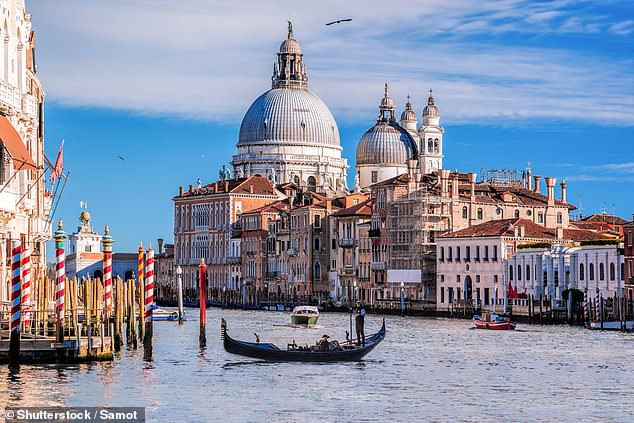 According to the Italian ANSA news agency, Venice police commander Marco Agostini said the new proposal would not stop anybody leaving a supermarket with alcohol.

However, he added that it would target people who ‘go around drunk and has a bag with three bottles of beer inside’.

News of the proposal comes just a week after it was revealed tourists visiting Venice may also be banned from sitting on the ground, in a bid to rid the city of ‘boorish’ visitors.

Authorities in the Italian holiday hot spot are proposing fining people between 50 and 500 euros (£44 and £443) if they are caught sitting or lying on the floor. 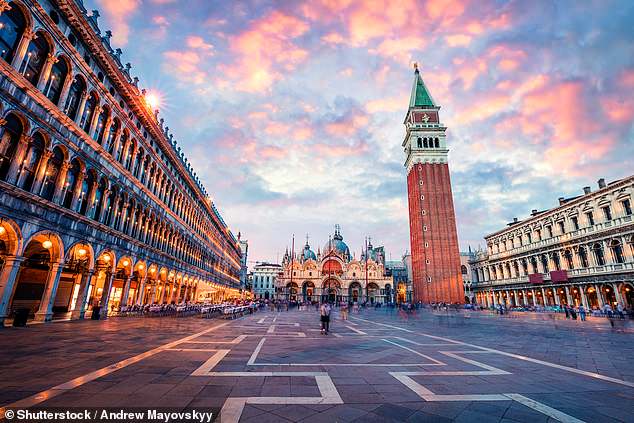 But some residents groups have hit back at the proposal saying there are so many rules in Venice now that they’re impossible to police.

Florence, too, has been policing its image fairly heavily – it has introduced fines of up to £450 for eating in the street.

In the capital Rome there has also been a crackdown on unruly tourists and authorities have even considered fencing off the celebrated Spanish Steps to protect them from ‘barbarian’ hordes of sightseers.

Last year, the city considered barring tourists from stopping next to the Trevi Fountain to crack down on illegal swimming there.

And in Milan earlier this year, visitors were banned from taking pictures with selfie sticks.