The Maine attraction: Stunning 65-acre island that has white sandy beaches and a lush forest goes up for sale for $8million

This is the beautiful 65-acre island off the coast of Maine that could be yours for just under $8million.

The island also boasts two houses including a main residence as well as a smaller four-bedroom property. 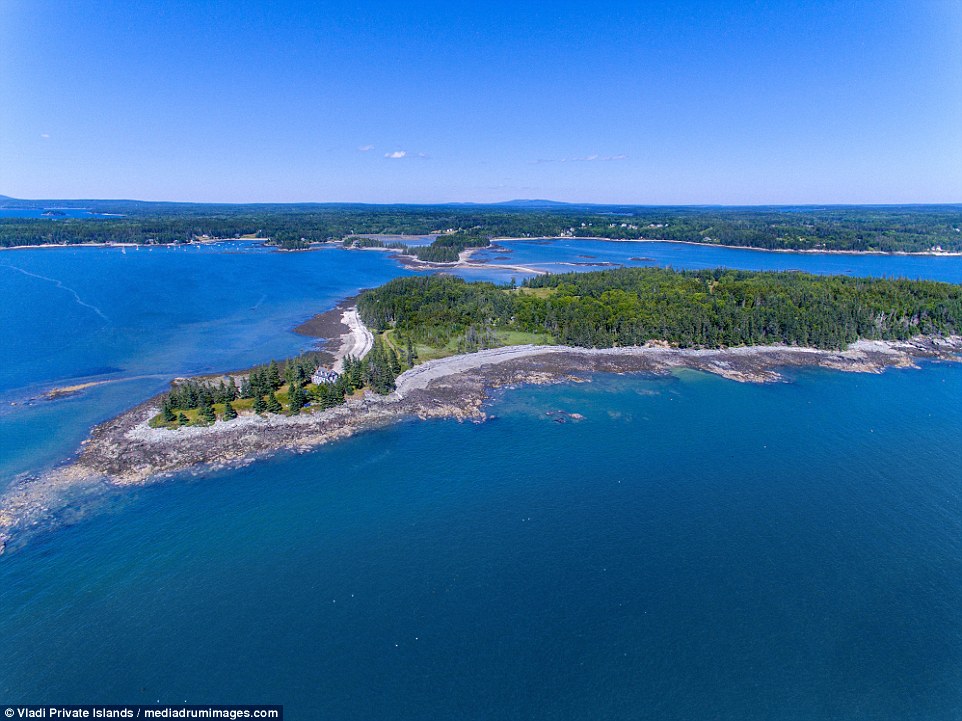 The stunning 65-acre Sheephead Island off the coast of Maine, which has gone on the market for just under $8million 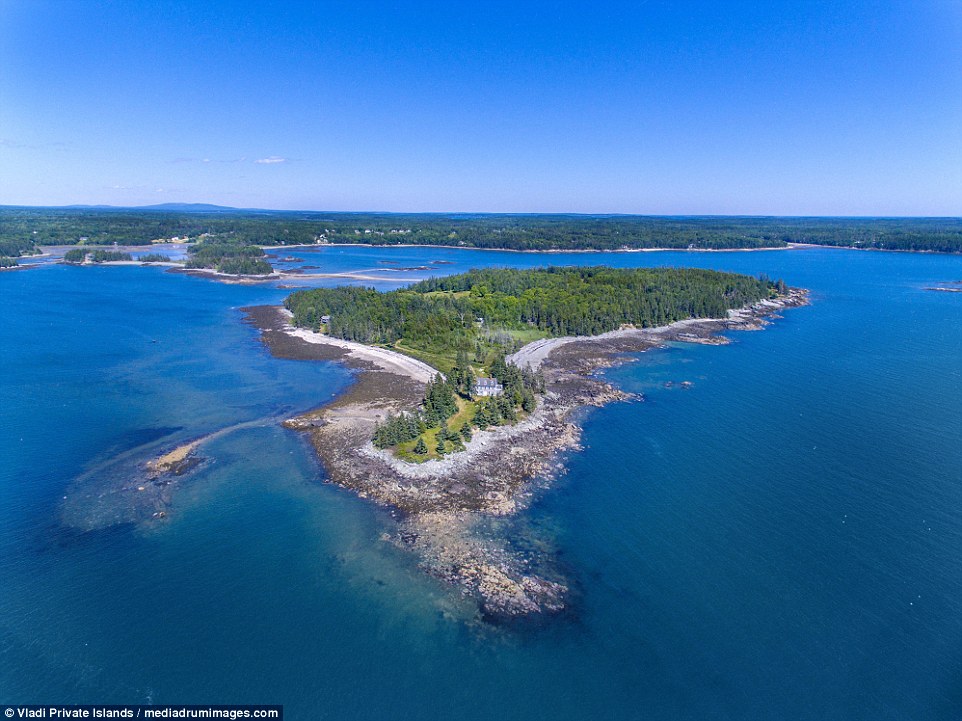 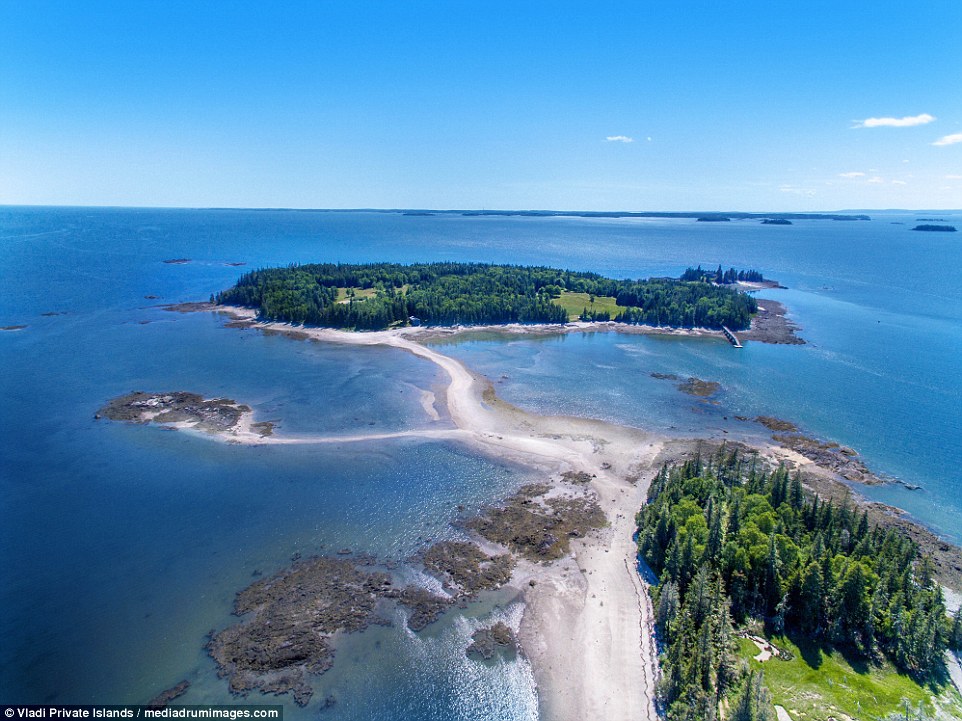 Private haven: The island can be accessed from the mainland twice a day during low tide 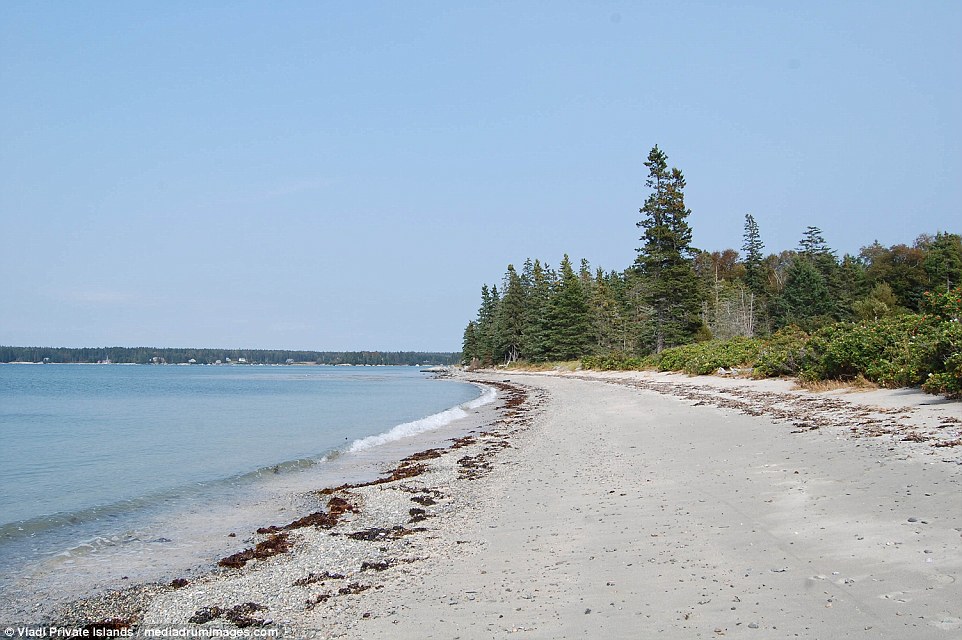 One of the white sandy beaches on the island. One of the two properties included in the sale looks out on to a beach

The main residence is a relatively new five-bedroom house built in the style of a classic New England colonial with spacious, light-filled rooms, comfortable living areas and magnificent views of Penobscot Bay.

An additional four-bedroom contemporary residence is located away from the main house with an open floor plan, beautiful ocean views and a secluded beach. The property also includes a boathouse and artist’s studio.

Located just off Sylvester Cove and the village of Sunset, Sheephead Island is connected to the mainland at low tide. 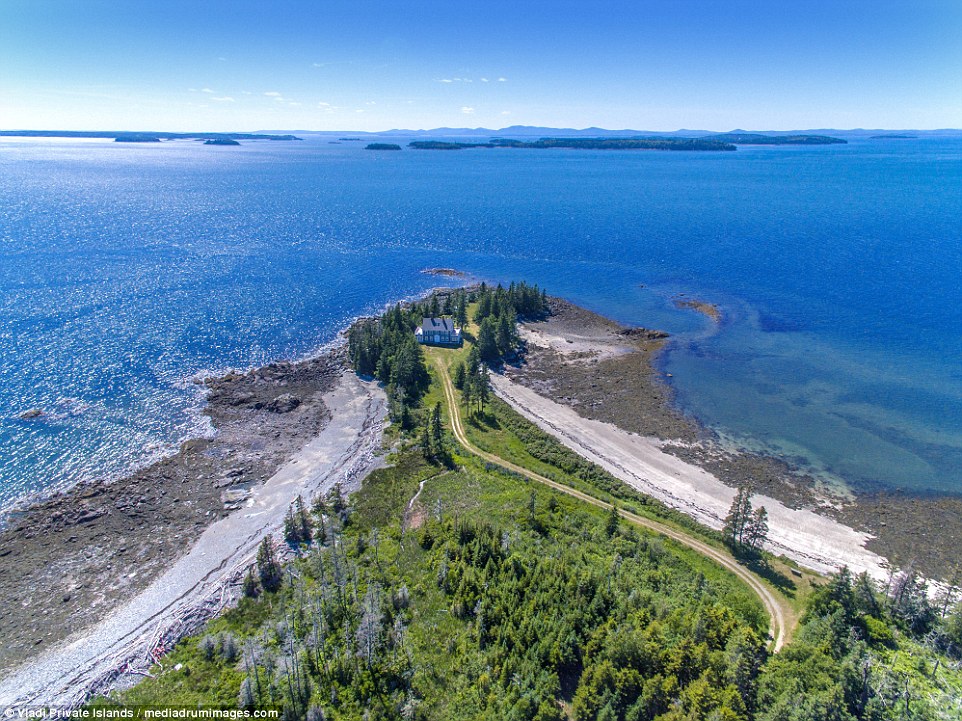 The main residence, pictured, boasts five bedrooms and has been built in a classic New England colonial style

The island’s listing states: ‘The island’s shore-front is spectacular with miles of interesting ledge, tidal pools, and broad beaches.

‘Trails run through fields and forest, and there’s a wonderful swimming pond hidden away in the woods in the middle of the island.

‘In the northeast lee of the island, a deep-water dock, float, and mooring provide ample space for yacht moorage and protection from most winds and prevailing seas.

‘The village of Sunset is a delightful summer colony on the western shore of Deer Isle, a quintessential Maine island that is accessible by automobile over a suspension bridge.’

Stonnington is also close by, which along with Deer Isle, boasts art galleries, shops, restaurants, inns, and pretty harbours. 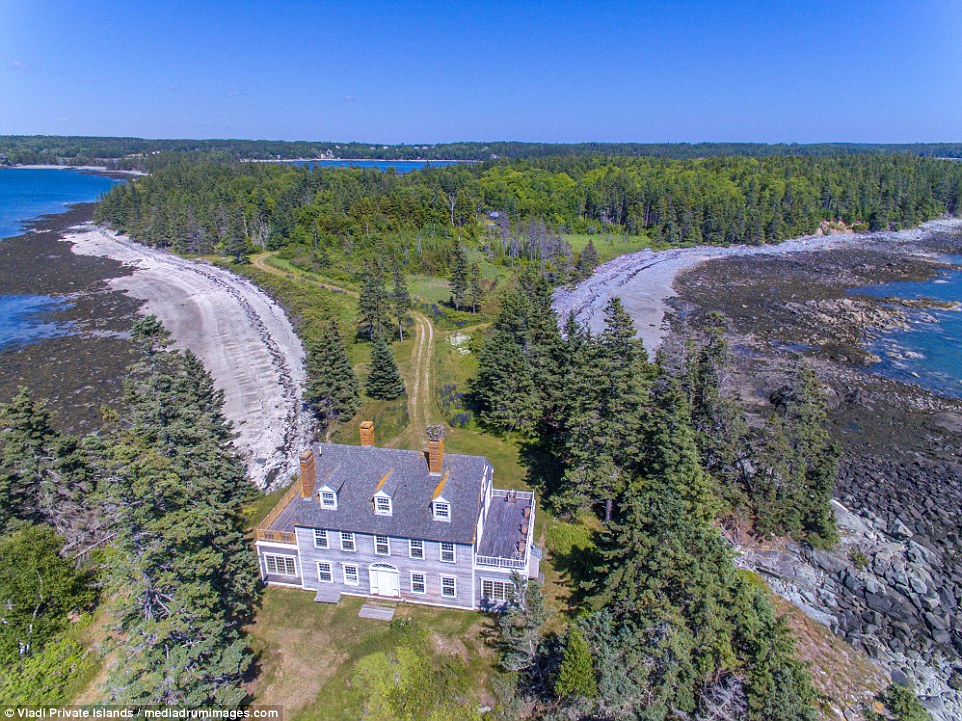 The main house is also described as spacious with light-filled rooms, comfortable living areas and magnificent views of Penobscot Bay 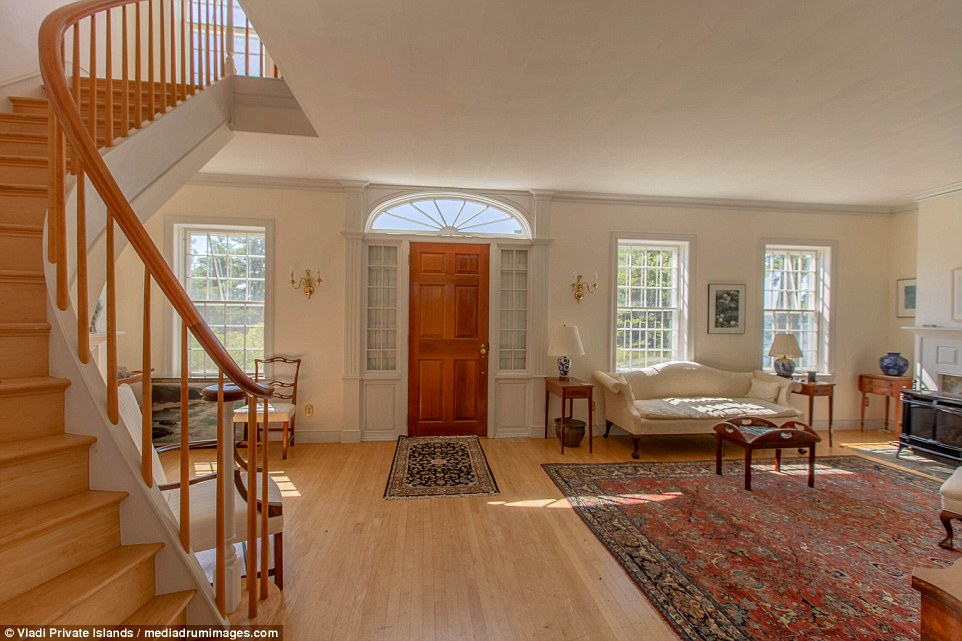 The welcoming living area inside the main house. The island is located just off Sylvester Cove and the village of Sunset 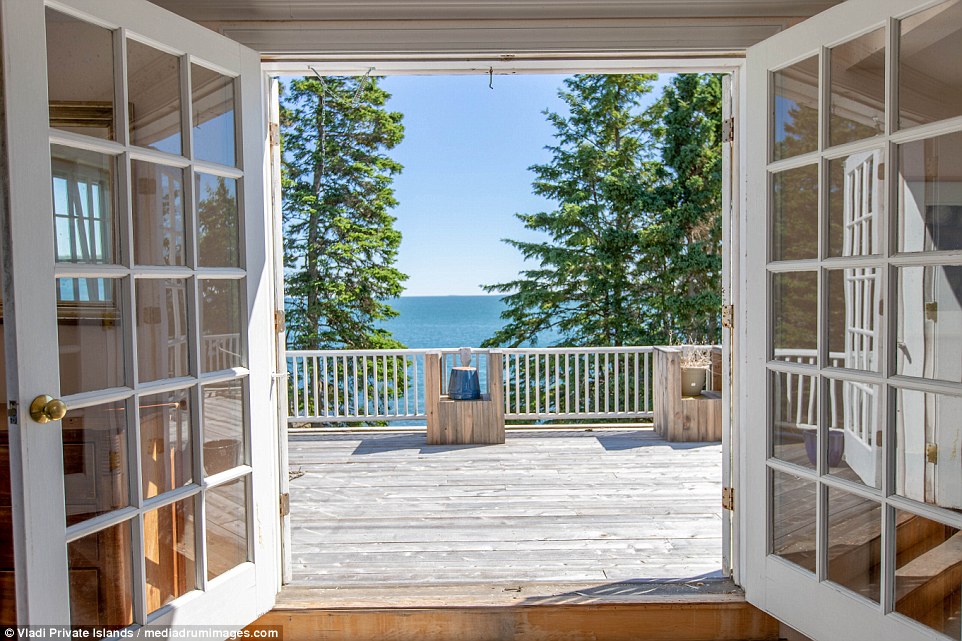 French doors open out on to decking and clear blue waters. Close by are Deer Isle as well as the town of Stonnington, which both boast art galleries, shops, restaurants, inns, and pretty harbours