A Spanish tourist was injured in a violent monkey attack inside India’s Taj Mahal. The creatures roam free at the world-famous monument.

The woman, Sandra, was visiting the 17th century monument on Monday when she was bitten by the monkey.

She was reportedly taking photos at the Taj Mahal when the vicious primates launched their attack.

The tourist injured her leg and was given emergency treatment at the scene by officials from the Archaeological Survey of India.

She was then taken to hospital for treatment and an eyewitness said the woman was “crying in pain”. 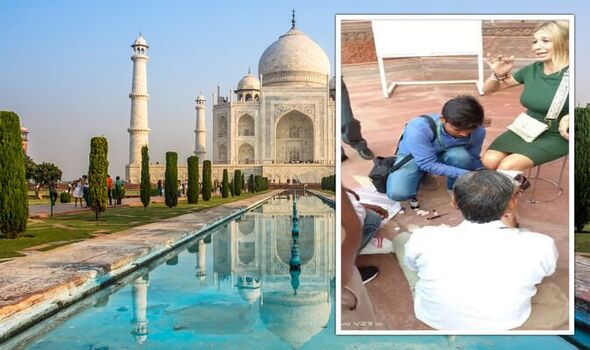 Yogesh Paras, a photographer at the scene, said: “I saw the woman crying in pain at around 7am near the main mausoleum.

“She was attacked by monkeys. One had bitten her on the left leg.”

There are an estimated 50 million monkeys in India and reports of attacks have risen over the past few years.

More than 10,000 monkeys are thought to roam around Agra city, where the Taj Mahal is based.

Last month, two Indian tourists from Delhi were bitten by monkeys as they visited the Taj Mahal.

In 2018 two French tourists were injured by a gang of monkeys who also stole money and sunglasses.

Monkeys are a protected species in Indian law and people are forbidden from hunting or catching them.

Agra authorities told local media that they are working on a plan to stop monkey attacks at the Taj Mahal. 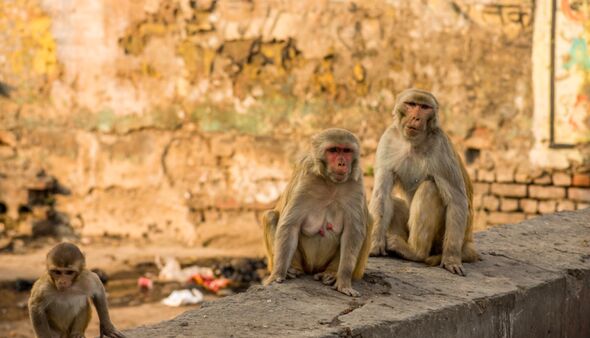 The authorities said they were working with forest officials to design a plan to control the monkeys.

The primary suspects for the monkey attacks are Rhesus macaques which are common in Agra.

Although serious injuries are relatively rare the monkeys are known for entering homes and attacking people.

Some of the monkeys involved in attacks may be attempting to steal food from tourists at the Taj Mahal.

Experts have also said that incidents can occur when tourists get too close to monkeys in an effort to take photos.

The monkeys are sometimes fed by people which is thought to be partly responsible for the boom in their numbers.

People who have been bitten by a monkey should seek medical treatment as it can be dangerous due to the risk of rabies.

The Taj Mahal is India’s most iconic monument and is visited by up to eight million people per year.