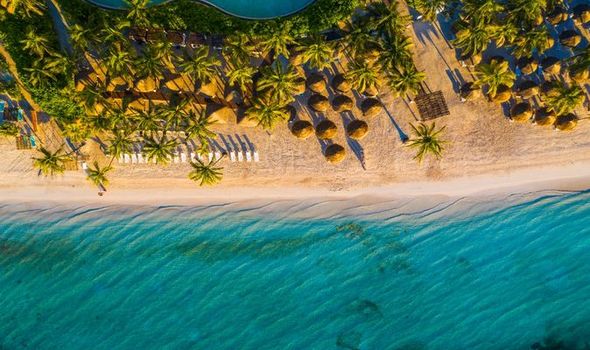 Grant Shapps tweeted: “From Monday (11th Oct) I’ll be cutting 47 destinations from our red list- including South Africa, with just 7 countries and territories remaining- all others will be included in the “rest of world” category.The measures announced today mark the next step as we continue to open up travel and provide stability for passengers and industry while remaining on track to keep travel open for good.”

Double-vaccinated travellers returning from non-red countries will still need to take a PCR test on or before day two after arrival in the UK.

Since the rules changed on October 4, double-jabbed travellers no longer need to take a pre-departure test before arriving back in the UK from a non-red country.

Every traveller returning from a red list destination must quarantine in a Government hotel for 10 days.

The hotels can be very expensive and the traveller must pay for their own quarantine accommodation.

South Africa is one of the countries removed from the red list and just seven countries will be left on the list.

Grant Shapps has also announced that day two PCR tests will be replaced by cheaper lateral flow tests at some point in October.

Travel experts have called for the change to be made before October half term to save families money on international holidays.

The Government has said it is aware of the October half-term deadline and is working to make the change by then.

It has been reported that lateral flow test shortages are responsible for the delay in making the change.

Some health experts have called for lateral tests to be supervised by a scientist to ensure they are done properly.

However, travel experts fear this would raise the cost of the tests and cause the lateral flows to be as expensive as PCR tests.

“But what that means is that instead of people travelling from these countries needing to quarantine and take 2 PCR tests, they will shortly only need a single Lateral Flow test on arrival.

“This is a very big step down in protection against COVID, particularly against dangerous new variants.

“We know that Lateral Flow tests are less accurate than the gold standard PCR tests so to rely on that alone seems unwise.”

Paul Charles, CEO of the PC Agency, tweeted ahead of the red list change: “The red list should now be abandoned, as other countries have done.

“South Africa and other African countries have no variants of concern, so why are they on a UK red list?”

Yesterday, Government travel advice was lifted for over 30 countries, meaning that travellers are now able to get travel insurance for the destinations.

The ‘Do not travel’ warnings were lifted for several countries, including Bangladesh, Malaysia and Ghana.

Do not travel warnings may still be in place for some of the countries on the list but that will no longer be due to Covid but other safety reasons, such as instability or security.

The amber and green lists were merged from October 4 and advice for all destinations not on the red list is now the same.