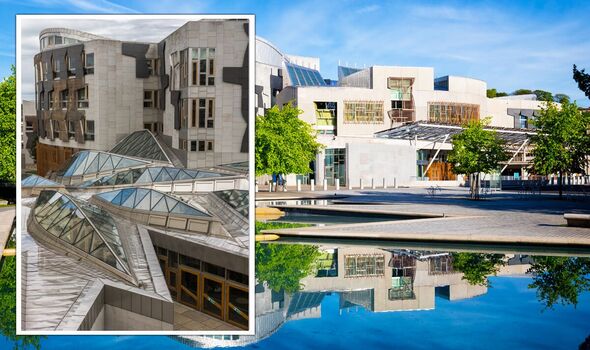 From modern missteps to ageing eyesores, the UK has its fair share of controversial buildings. The ugliest is a landmark in Scotland, according to one study.

Ugliest buildings in the UK (Buildworld)

Buildword analysed tweets and reviews of the buildings to find the UK’s ugliest architectural missteps.

The building was dogged with controversy from the outset with the choice of location, the design and the architect criticised by politicians and the public.

Costing a whopping £414million, the building was designed by Enric Miralles, a Spanish architect.

Visitors can check out the building on a tour or a self-guided visit and there’s also an exhibition and a gift shop.

‘Travelleronwheels’ wrote on Tripadvisor: “This is clearly a bit of a Marmite building. I’m quite a fan of most modern architecture but I just stood outside wondering ‘what were they thinking!’”

‘LoftusroadRunner’ said: “They spent all that money and it looks like that from the outside, but don’t be put off. It’s done very well on the inside and quite an interesting place to go.”

In general the inside of the building was much more popular with visitors and is often shown on TV during debates in the Scottish Parliament.

Newport Station might be Wales’ second busiest train station, but it doesn’t look good doing it.

In 2011, the station was named the ugliest building of the year in the Carbuncle Cup, and doesn’t seem to have won many admirers since.

In England, another train station took the crown as the country’s ugliest building. Preston Station was built in 1880 and extended in 1903 and 1913.

Royal Liverpool Hospital in Liverpool was also slated and has previously been voted the city’s ugliest building.

In the capital, the MI6 building at Vauxhall took the number one spot as the city’s ugliest architectural eyesore.

Overlooking the Thames, the building has been the headquarters of the UK’s foreign intelligence agency since 1994.

Due to the nature of MI6 work, tourists won’t be getting a look inside the building but can critique the outside from Vauxhall Bridge or a river tour.

One Hyde Park, a residential and retail complex in Knightsbridge, was the capital’s second ugliest building.