Google Maps Street View has become a viral sensation among eagle-eyed viewers who scour the web application looking for unexpected sightings. Usually, Google’s Street View cameras have the ability to snap random moments, often involving people who may not have realised the camera was around.

This is because Google’s cameras are often attached to cars which drive around towns and cities.

However, in one viral scene, viewers spotted the moment Google’s cameras appear to have been snuck up on by a rather unexpected visitor.

The island, which is part of the Galapagos Islands, is a top fishing site for marine birds and a hotspot for travellers and zoologists to visit and observe the animals which reside there. 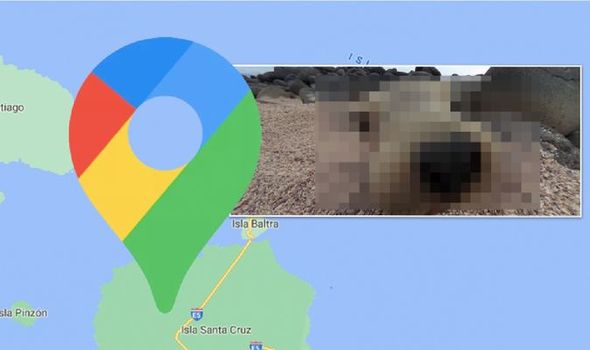 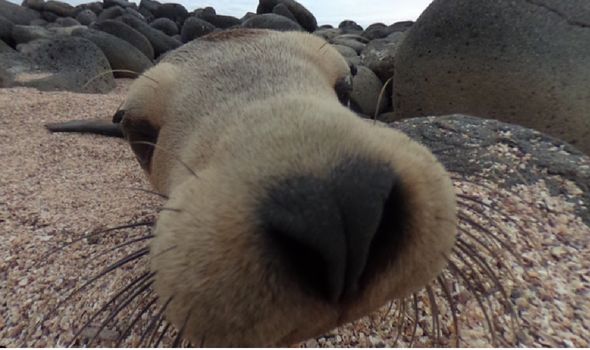 One visitor snapped a virtual scene while they were there, which they have uploaded to the Google Maps website.

In the scene, one of the region’s locals appears to have caught sight of the camera and has wandered over for a closer look.

At first, the scene shows some people stood atop the rocks where the camera is placed.

Some of them appear to be shocked, while others are laughing.

Meanwhile, cameras are rife, with all of the people apparently taking a photograph of the Google camera.

Though it is not clear what all of the fuss is about at first, once the viewer clicks around the scene, it becomes clear the photographers are trying to get a snap of the creature which has made its way over to inspect the 3D camera.

A sea lion can be seen just inches away, its huge fluffy face and big black eyes staring directly into the lens.

The mammal is so close, viewers can count each of its individual whiskers, as well as get a detailed look at its flurry features. 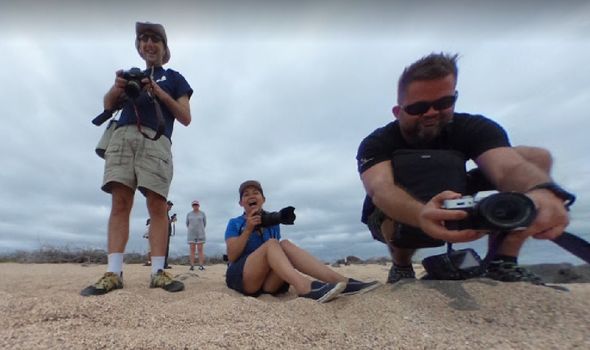 The inquisitive animal doesn’t seem to have caused much damage or be much of a cause for concern, given the proximity of the surrounding people.

However, Reddit users have joked the marine animal was attempting to steal the camera.

Given the island is so frequently visited by people, it is highly likely the wildlife there are used to spending time around humans, which perhaps explains why the sea lion was so unfazed.

Galapagos sea lions are said to be abundant on the island according to GalapagosIslands.com.

Meanwhile, the island’s visitor site, which is named Mosquera, is home to one of the biggest sea lion populations in the region.

The tiny islet, which measures just 120 meters by 600 meters is one of the biggest sea lion populations.

Other animals local to the island include Galapagos fur seals, iguanas, and lava lizards.

The island is also frequented by a number of sea birds including Blue-footed Boobys, Great Frigatebirds and Red-billed Tropicbirds.