Nearly two-thirds of commercial U.S. airports are served exclusively by regional airlines. Nevertheless, because they typically fly under contract for major brands such as American Eagle and Delta Connection, regional carriers — think SkyWest and Republic — toil in relative obscurity.

Q: How would you assess the overall state of the regional airline industry? 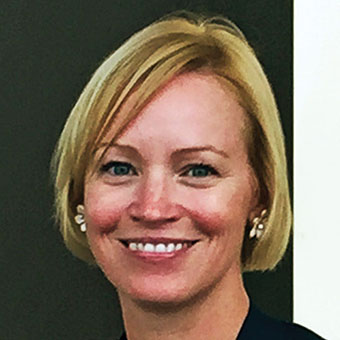 A: The industry has contracted during a period of economic expansion, which makes that contraction very unexpected, certainly, and the underlying factor has been the pilot shortage. For years now, our efforts have been not just how do we bring more pilots into the system but making sure those pilots are trained and they’re ready. So we’ve spent a lot of effort, a lot of energy, and all the while, the industry is getting smaller and smaller because we’re not bringing in new pilots. There are these incredibly high barriers of entry to get into the career path. It’s expensive. It’s hard. And if you don’t have access to private wealth, you’re not getting in the door.

Q: The association cites the 1,500-hour pilot training rule, which went into effect in 2013, as one major barrier to entry and is advocating for a shorter, less costly but more targeted certification process. Are you optimistic that the FAA is ready to streamline the path to becoming a pilot?

A: I am, because the FAA has indicated they are willing to look at the data. They are not an economic agency. They are a safety agency. The benefit is that the same things that help pilots and support them through the career path are actually the components of training that produce a highly proficient, safe aviator. It’s exposing them to the actual scenarios that they will experience and need to be trained for in their roles.

Q: One thing regional carriers have already done is increase starting pilot pay. That was really a recruitment barrier, right?

A: Yes, we sure did. That has gone up about 160% for a first year/first officer over about a three-year period of time, so very, very quickly.

Q: In some cases, pilot shortages have impacted reliability at regional airlines, and the shortage has also led to bankruptcy filings and airline closures. Is the situation becoming more stable?

A: Unfortunately, not all the news is good. We know that the peak of retirements [at major mainline airlines] hasn’t been hit. So we’re just feeling the very beginning of the pilot shortage. The good news is that we’ve woken up people, so they want to get into this industry in higher numbers than before. The bad news is that the barriers to entry are still considerable. The gestation period to be a pilot is still quite lengthy. And it’s still incredibly expensive. So there’s interest but not necessarily access.

Q: So without changes to the certification process we could see the shortage get worse?

A: I think it is going to get worse. We don’t have enough pilots to fly all of today’s routes. We know the attrition is just going to continue, it’s going to get exponentially worse in the next couple years, so I do think there’s more pain coming. But I’m more optimistic than ever that in the long term we’re going to have the right kinds of conversations about the best way to train pilots to give them a solid career path and, for God’s sake, to give them a bit of financial support to get into this very extensive training.

Q: Is the demand for flying out of small airports going down, even absent a pilot shortage? Some people argue that small-market flyers are more willing to drive to major hubs and fly direct than they used to be.

A: Maybe some leisure travelers are willing to drive, though it’s less safe on the highway than in the air. But if you think of it from an economic perspective, your business travelers aren’t going to drive two hours. Caterpillar just moved from Peoria, Ill., to Chicago. Archer Daniels Midland moved. And they all cited access to air service as the reason behind it. A business is not going to locate in a community that doesn’t have access not just to air travel but to meaningful air travel, to connectivity. They want to be able to take a couple of flights out per day to a couple of different destinations. That seems like a baseline.