Margaritaville’s first cruise brand, launching in April via a rebranding of the former Bahamas Paradise Cruise Line, will start small with expectations for “dramatic expansion.”

“It’s a small company with one ship, and we’ve got plans to expand dramatically,” he said. “It just gives us an opportunity to really define our brand, as opposed to doing it within somebody else’s system. 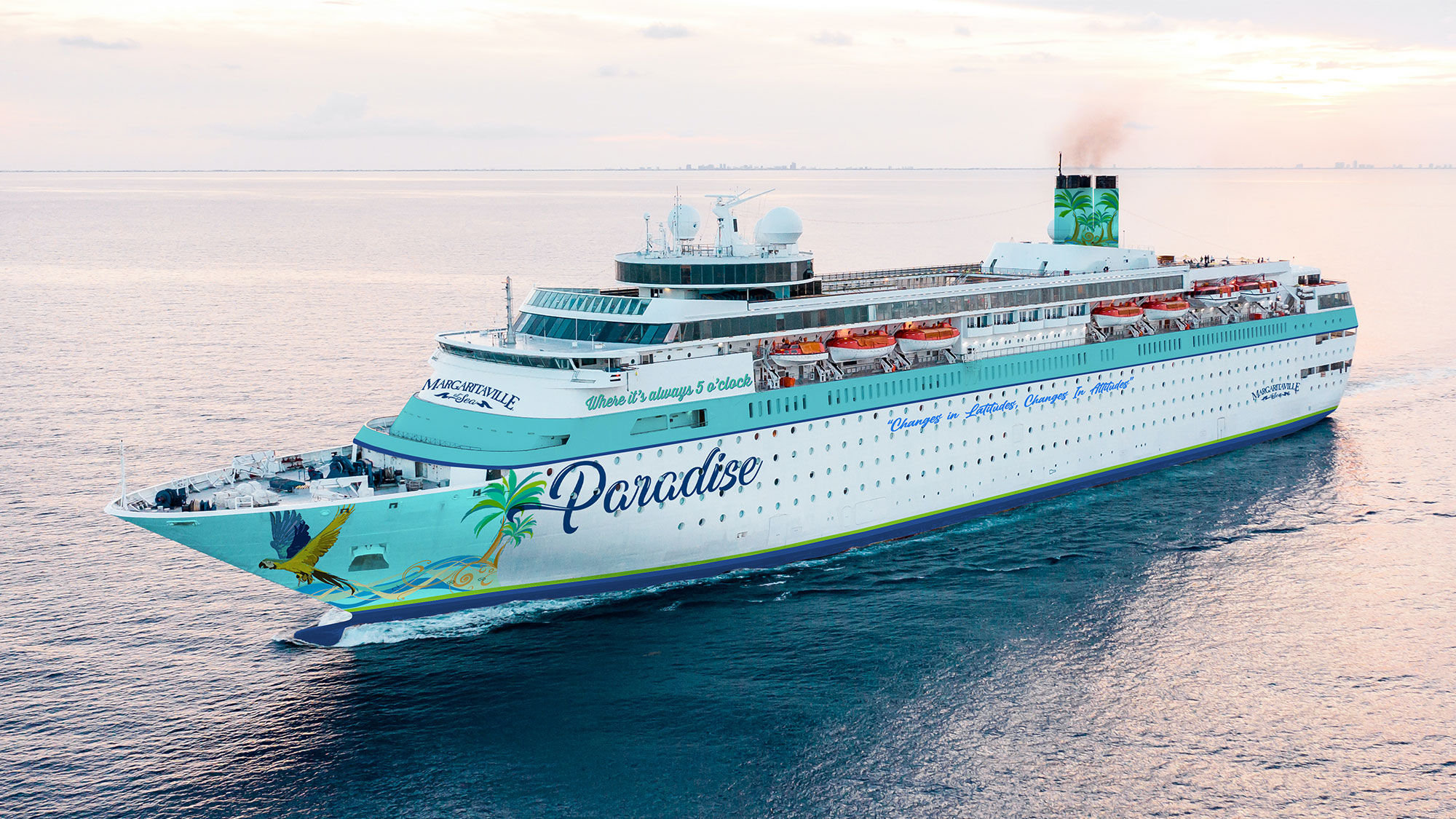 Bahamas Paradise CEO Oneil Khosa, who will serve as CEO of Margaritaville at Sea, also said that the brand will start off operating as Bahamas Paradise did, with the “elevated” onboard experience that will extend to the terminals in both Palm Beach and Freeport, which the line will operate exclusively “so that the vibe and the theme and the essence is like Margaritaville.”

Cohlan expects some of the initial itinerary expansion may include cruises to Nassau and Key West, where Margaritaville has resorts.

“There are several opportunities for this ship and as we add to the fleet,” he said.

Singer and Margaritaville founder Jimmy Buffett weighed in on the project, saying, “To me, the only thing better than being on a beach by the ocean is to be on the ocean. Now you can follow in our wake.”

Khosa said Buffet toured the ship and “was delighted” with what it has to offer.

“He was very pleasantly enamored with our crew and the chef and got very excited,” Khosa said, adding that Buffet is motivated to “see that this carries his legacy going forward.”