For decades, Belize has remained a mostly quaint, laid-back destination viewed by many travelers as an alluring alternative to some of the Caribbean’s more upscale and fully developed tourist stops.

For those who prefer flip-flops as their go-to footwear, and the opportunity participate serious diving (a la the Great Blue Hole and the Belize Barrier Reef), low-key Belize has been the go-to destination for decades.

“As the rest of the Caribbean was growing up, we were still a fishing village,” developer Andrew Ashcroft, whose family has lived in Belize for three generations, told TravelPulse during a recent interview.

And while the charm that keeps the tourists coming is not changing, what is changing is the numbers of tourists who have discovered Belize and who are spending time there.

For the past three consecutive years, Belize has registered double-digit increases in its tourism arrivals. In 2016, the tiny nation had 34,268 overnight visitors, which was a 17 percent increase over the prior year. In 2017, the growth continued, with 37,690 visitors and to date in 2018, there have been 43,389 visitors.

“That growth rate, bar none, is probably the fastest growth rate for a small island destination,” continued Ashcroft. “People who have already been to the Bahamas and been to the Dominican Republic are discovering this quirky place.”

Those who know the country best predict that this strong momentum is going to continue for years to come.

So, what’s caused travelers everywhere to suddenly start flocking to Belize? By Ashcroft’s estimation, a variety of factors are coming into play to put the small country center stage right now.

To begin with, the destination is home to endless adventure, including several preserved Mayan Temples, tranquil Caribbean beaches, and the second largest barrier reef in the world. 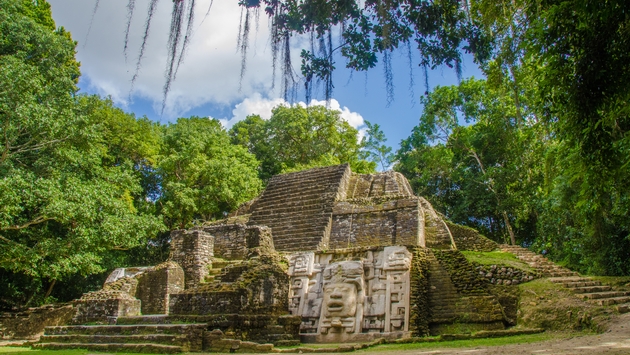 “As people travel a lot more, just sitting on the beach doesn’t have the allure that it used to,” said Ashcroft. “We find a lot of our travelers want to do more.”

“Globalization has also come into play too, people can travel more, and they also have access to social media,” continued Ashcroft. “So, they’ve discovered Belize, this quaint place that was different then rest of the Caribbean.”

At the same time, numerous upscale hotels are setting up shop in this longtime backpacker’s paradise, not the least of which is Ashcroft’s own project. He will soon be debuting Alaia Belize on Ambergris Caye, the first-ever Marriott International Autograph Collection property in Belize.

The boutique community resort and residential property is slated to open in 2020. Ashcroft has designed the resort to echo and embrace the Belizean spirit.

“We are very eco-friendly, we want to be one with the environment, that’s our entire ethos,” he explained. “We want to embrace what we have and don’t want to intrude on that.”

The idyllic beachfront getaway will feature a hotel, 56 two-and-three-bedroom condominiums as well as eight oceanfront villas with infinity pools. The property will also include world-class amenities, such as the country’s first rooftop suspended pool and lounge, a live art gallery, and a full-service spa.

But Ashcroft is not the only one who’s set his sights on developing a property in the country. None other than Leonardo DiCaprio has also been at work on a resort.

Inspired by Mayan architecture, DiCaprio has announced plans for a wellness-focused eco-resort on the 104-acre Blackadore Caye. Scheduled to debut late 2018, the resort will feature a hotel, 36 resort bungalows, and 36 estate villas featuring such details as circadian lighting and solar panels. Plans for the resort also call for integrating the outdoors and indoors with open-air buildings surrounded by palm trees, lush landscaping, and contemporary infinity pools.

Meanwhile, on Caye Chapel, Four Seasons is slated to open its own property in 2021. The luxury brand is set to debut a resort and residential community on the private island, which is about 16 miles from Belize City. That project will feature 100 guest rooms and suites (including overwater bungalows), as well as 50 private estate lots and 35 private residences. There will also be a golf course, marina, and private airstrip.

And still, there’s more. Belize’s Placencia Caye is now home to the boutique Itz’ana Resort and Residences. The property opened in 2017 with deluxe suites and beachfront residences, as well as amenities such as a negative-edge pool. Now, the property is gearing up to expand and open 50 suites and 46 waterfront residences.

Hotel developments are just one piece of the Belize success story. Airlift to the country has also significantly expanded in recent years.

In fact, over the past three years, the number of flights to the country has doubled.

United, American, and Delta have been flying to Belize for decades. In 2015, Southwest opened its first routes to the country, ushering in low fares and serious competition on price. New carriers in the past three years include WestJet, Avianca, and Air Canada.

There are also plans underway for Placencia Caye to receive an international airport.

Despite all of these changes and developments, Ashcroft says Belize continues to offer the small-town charm that travelers have come to know and love.

“It’s still that barefoot, laid back, almost nostalgic type of place,” he concluded. “The rest of the Caribbean has gone upper scale, but we’ve kept that laid-back lifestyle.”