“Ahhh! musasabi! So cute! You’re so lucky!” the hostel staff cried, watching the short video I’d taken of my 1am bathroom standoff the previous night. Faced with a giant flying squirrel fiercely protecting her cubs, lucky was not the word I would have chosen, but I nodded as if seeing those glowing eyes appear beneath the door were a dream come true. I was spending a few days in a semi-converted elementary school on the Japanese island of Shikoku and learning that the only thing I could rely on was the unexpected.

I had travelled to the area to see the ancient vine bridges which stretch across the clear rivers of the Iya Valley. Infamously secluded and difficult to reach, the deep troughs of the valley were sought out centuries ago by the fleeing Heike clan. Today, their descendant communities struggle to survive, but are embracing tourism with some creative twists.

Only partially converted, the school retains an abandoned feel: stairwells are filled with faded animal paintings and the rooms retain their blackboards, albeit adorned with chalky messages of gratitude in place of lesson notes. Closed in 2005 with only a handful of remaining students, it is now home to a hostel and cafe, one of five to be renovated so far in the local area. The staff explained that musasabi, were once worshipped by the Ainu (Japan’s indigenous people) as the protectors of children, so maybe it wasn’t so surprising to find one keeping an eye on the place. 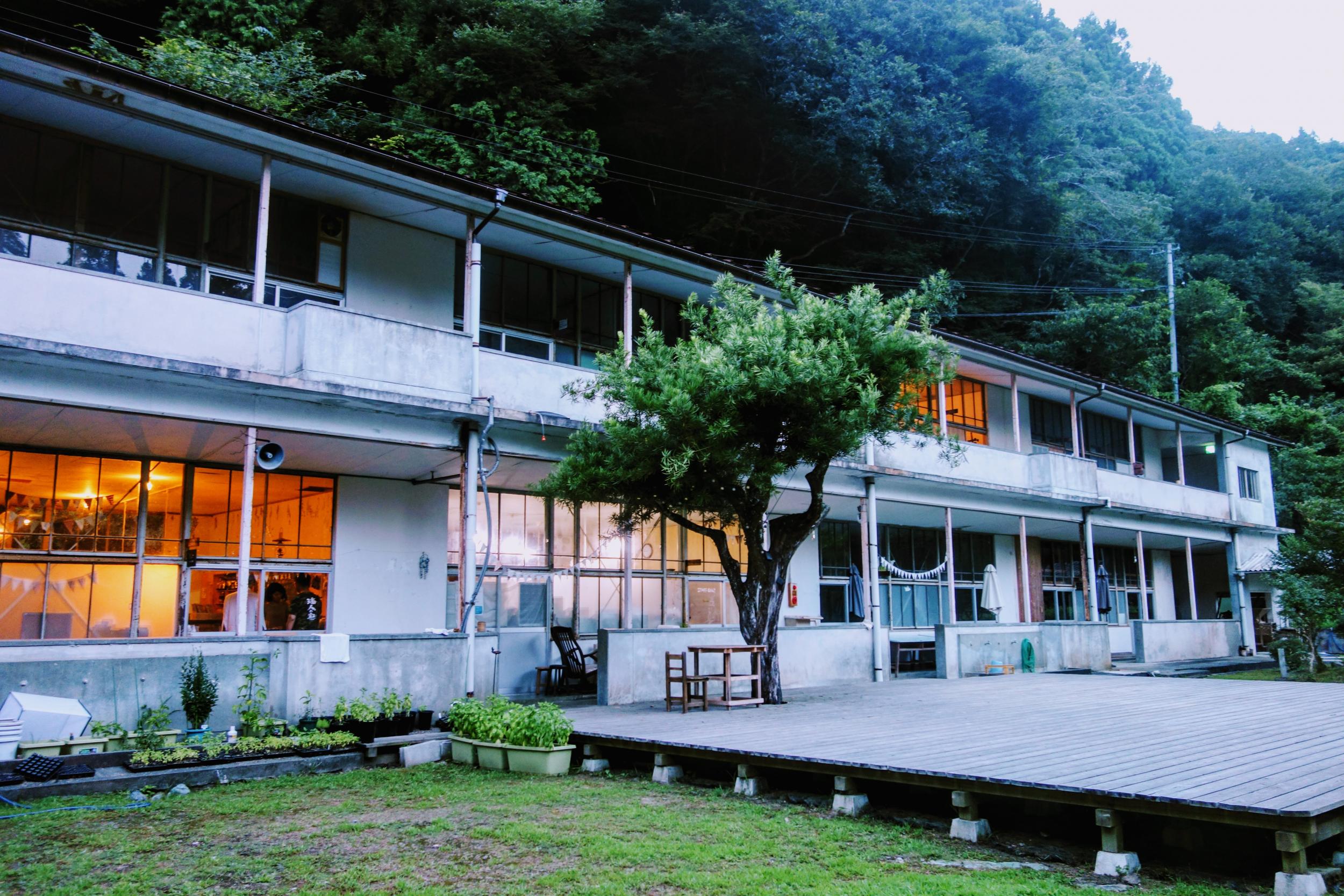 Soon after our debrief, I headed out to catch the local bus to the Oku-Iya Kazurabashi, the furthest remaining bridges. I spent the journey chatting with the locals as they came and went, until the ever-so-small villages stopped appearing, as did the people.

As the sole passenger, I proceeded to amuse the driver by failing to understand a vital word: kakashi. It was familiar, but I just couldn’t grasp it. As I noticed our suddenly busy surroundings, however, it dawned on me. The baseball kids chatting by the road, the farmer working in the field and the housewife sitting on the porch – none of them were real.

The village of Nagoro is home to a unique population of handmade, lovingly-crafted scarecrows, or kakashi. As this unsettling realisation sank in, the driver explained they were modelled after former residents by a local woman, and there were over 100 of them – far outnumbering the human inhabitants of the area.

Offering to let me hop out for a few minutes before we continued, I joined the first tourists I had seen all day. Dotted along the street, relaxing on benches and visible through windows, the scarecrows were reminiscent of Rosie and Jim, and became only slightly less unnerving close up. Hopping back on board, the driver asked if I’d met Trump. Baffled, I thought I’d misheard until he pointed at a scarily-familiar yellow-haired figure in a nativity-like barn scene up ahead: a surreal parting gift. 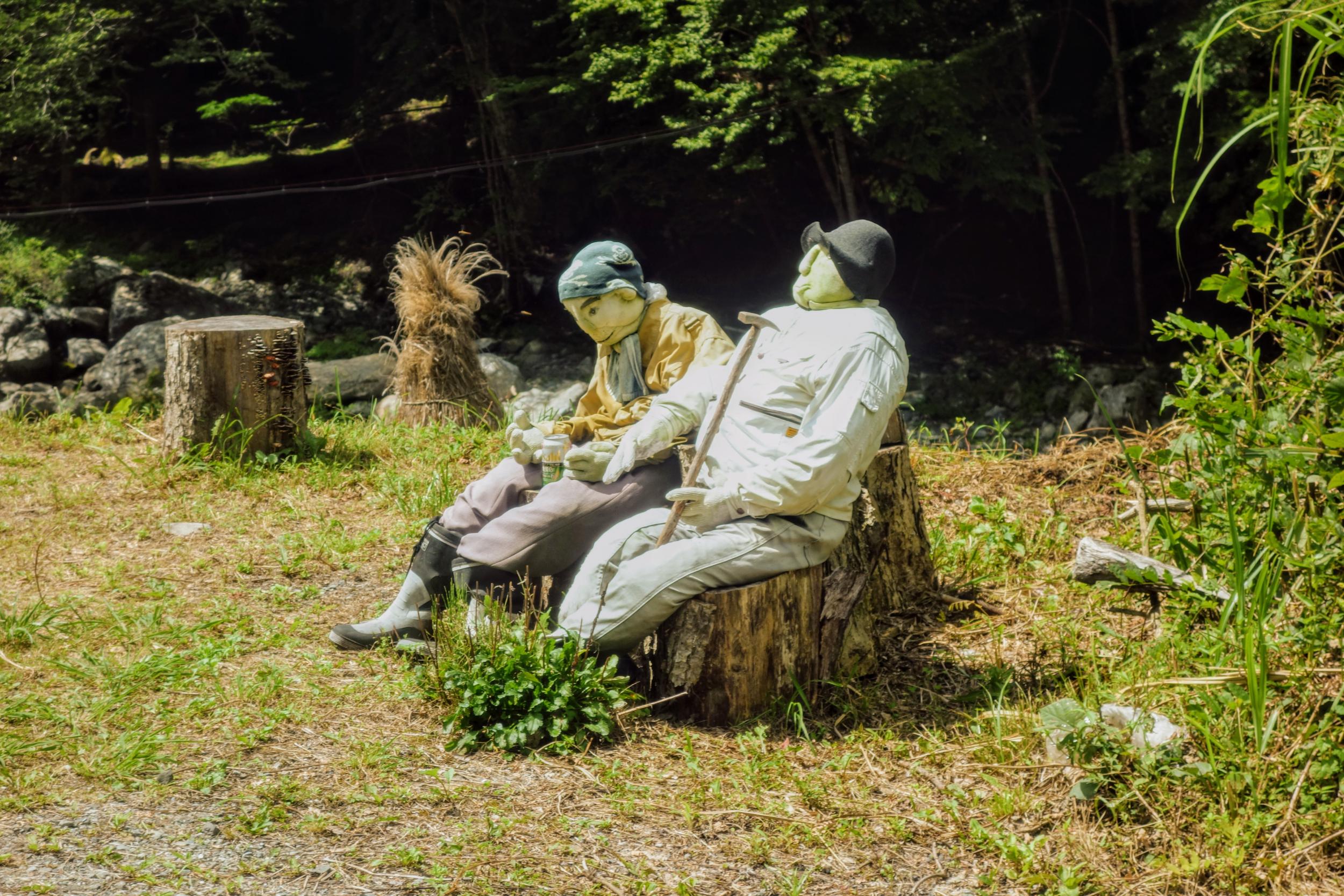 Eventually reaching the final stop, I hopped off and wandered down a steep path towards the sound of rushing water, where I caught my first glimpse of the famed vine bridges in all their glory. Strung across rivers as if nature had created them herself, they blended into the valley’s edges.

Having lost the Gempei War in the early 12th century, the surviving members of the Heike clan created bridges they could easily destroy if followed. Tethered to ancient cedar trees, they are now reinforced with hidden steel cables and rebuilt every three years – but that’s easy to forget when you take your first steps.

I’m not usually afraid of heights, but with the uneven wooden slats offering a clear view of the water beneath, I found myself checking for the reassuring glint of steel every now and then. Despite the remote location, my efforts on the neighbouring wild monkey bridge drew a small audience. 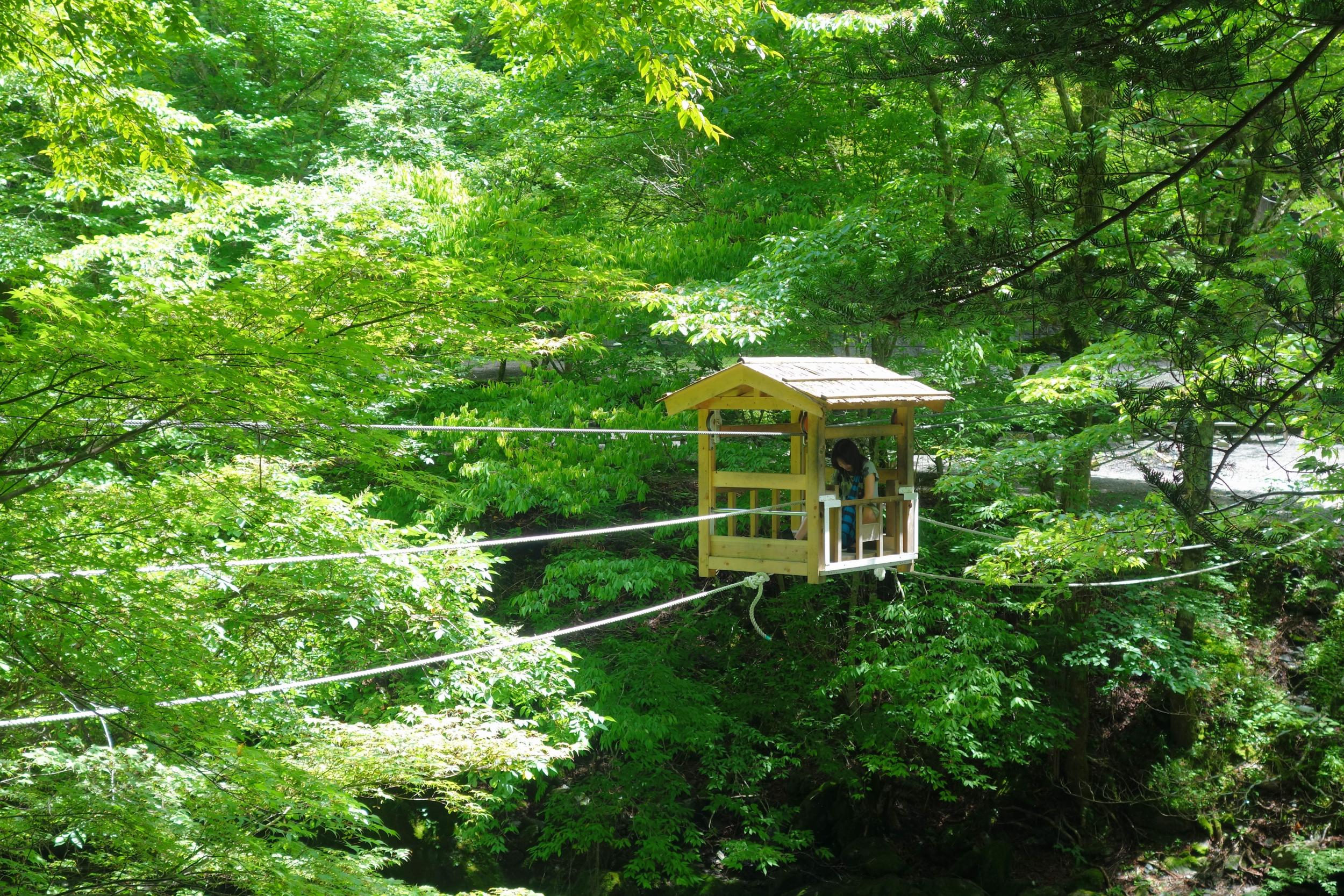 Using your own strength (of which I realised I had very little about half-way) you can pull yourself across the river in a wooden box. As I paused, flagging, calls of “Ganbatte!” (don’t give up!) rung out across the valley.

I spent the remainder of the afternoon sitting by the water, watching as visitors cautiously crossed the bridges. Designed with seclusion in mind, the once disposable bridges are now a lifeline to the outside world, allowing people to explore the creative endeavours of a community refusing to be left behind. Excited to tell my bus driver about my day, pass Trump again and spend the night in a classroom (and possibly even befriend the local furry guardian), I realised the bridges are just a small part of what makes Iya Valley so special.

The Iya Valley can be reached by public transport from Takamatsu city airport, which has direct flights to/from Tokyo.

The writer stayed at the Haretoke Design Hostel in Miyoshi, dorm beds from £9 per night.