It’s not every day that you stand behind a waterfall. I’ve seen a fair few in my time – once, I even lost my footing at the top and nearly joined the cascade myself – but I’ve never worked my way behind the water.

You only really comprehend their full force from this vantage point, as I discovered at Iceland’s Seljalandsfoss. As I stood behind the sheets of water, watching them crash from 200ft above, I was doused with a persistent mist, along with the unshakable fear that I would slip.

The footpath that weaves behind the waterfall was slick and well trodden, with droves of people looking to capture that all-important Insta before heading back on the road to reach the next spot. 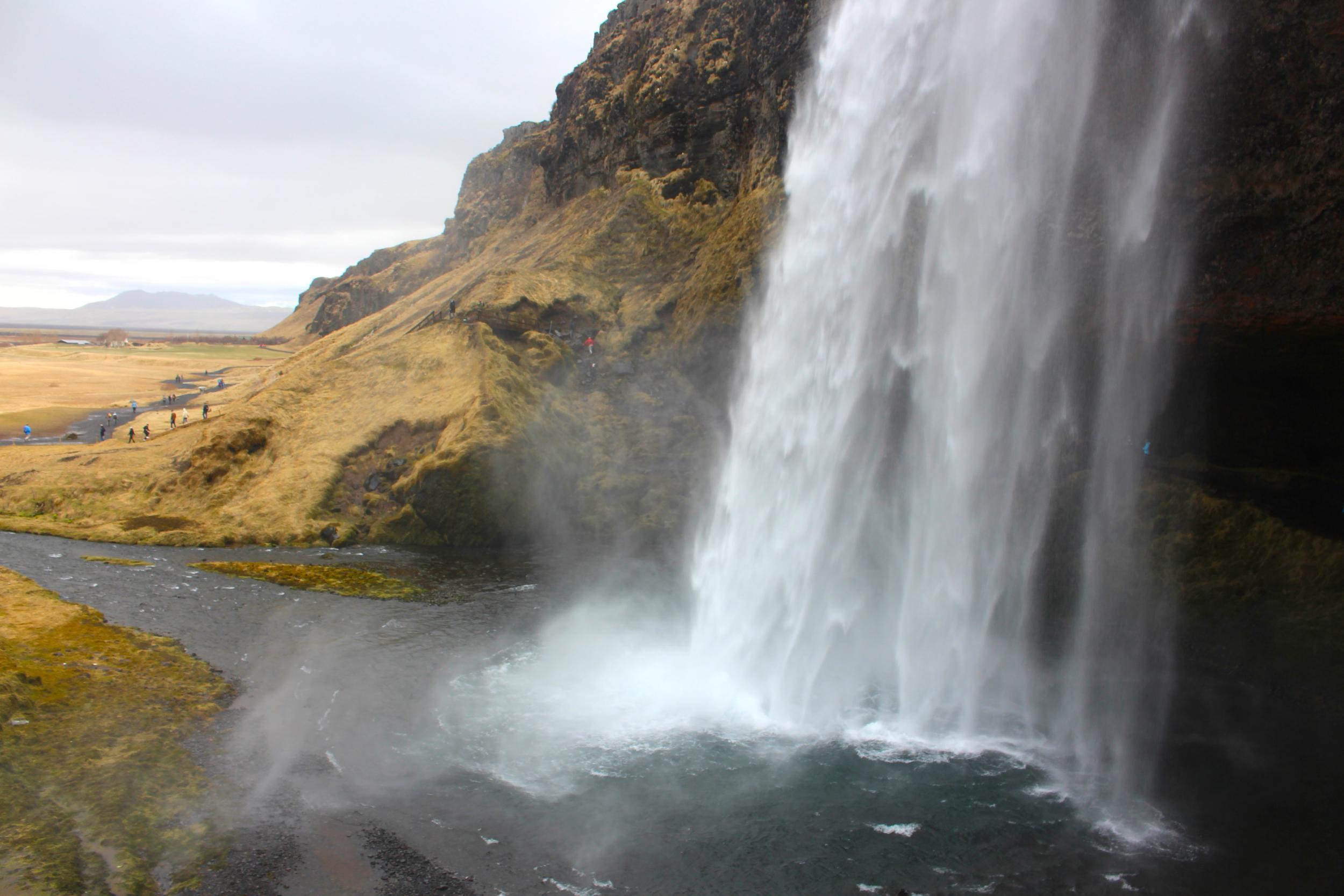 And they’re not alone, because Iceland is the perfect fit for a classic road trip. There’s only really one main road, Highway 1, which snakes its way around the entire country, passing lava fields, mountains and mammoth waterfalls.

Along with the Golden Circle, it’s a route that most visitors to the country will explore, ticking off the big hitters along the way. And if you’re prepared to spend a good few hours behind the steering wheel, you can pack a huge amount into a couple of days.

And what a drive it is – the wide, sparse plains giving way to craggy volcanic peaks (you’ll even catch a glimpse of Eyjafjallajökull, the infamous troublemaker that erupted in 2010). You can see a good deal between Reykjavik and Jökulsárlón glacier lagoon, on a drive that takes about five hours if you do it without stopping. But where’s the fun in that? Spend the night near the glacier, as I did, and you can space out the sightseeing, ticking some spots off on the way back – I saved the epic Skógafoss waterfall for the return journey.

It took us around an hour and a half to reach Seljalandsfoss from Reykjavik, making it the perfect first stop. The only downside to starting the day behind a waterfall? The full-body drenching I received made the next portion of driving irredeemably soggy (don’t make the mistake I made and assume waterproof trousers are for squares).

But there’s no point trying too hard to get dry. Another hour in the car will get you to Reynisfjara, the gothic black sand beach that’s perpetually hammered by violent waves. The whole scene is like a black and white photograph, from the slick honeycomb of basalt columns on the shore to the towering sea stacks of Reynisdrangar that thrust up from the churning ocean. 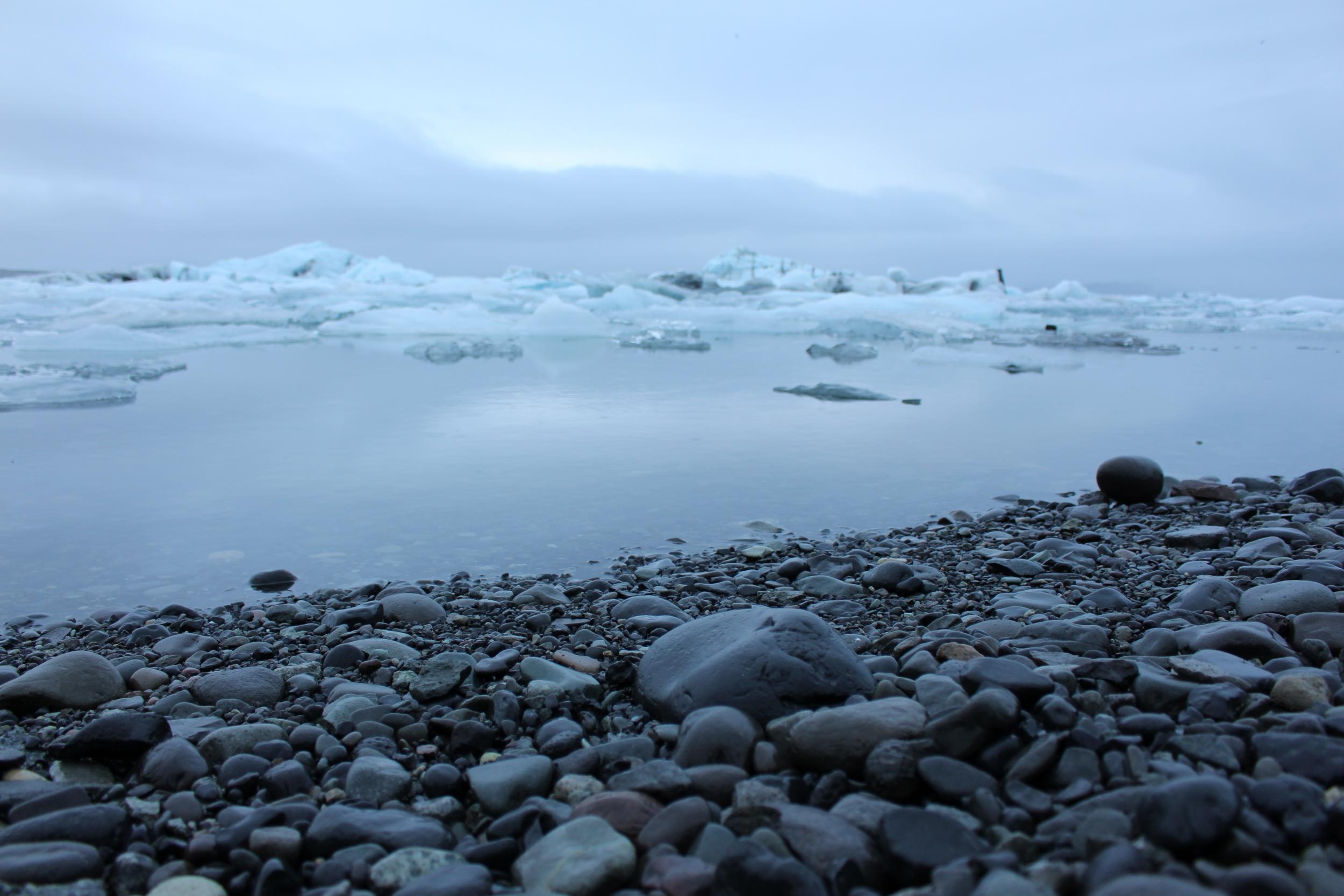 Huddling in the shelter of the beach’s Hálsanefshellir Cave seems like a good bet, its almost crystallised ceiling giving off strong Lex Luthor vibes. But backing yourself into a corner isn’t the greatest of ideas. The waves that pummel the shoreline are notoriously fierce, and the advice is to never turn your back on them – if you were swept into this water, the chance of you returning is slim.

Despite giving the sea a wide berth, torrential rain ensured that whatever dry patches I had were instantly snatched away. With my fate in the hands of the elements, I decided that any resistance was futile. I was destined to spend the day with a squelch in my step.

But no matter – the next stretch of highway is a doozy. The fields of lava lining the highway started to take on a springy, spongy appearance, as thick layers of moss carpet the lumps of black rock. At Eldhraun Lava Field, the swathes of moss can be up to 30cm thick, and have been growing for more than 200 years. The urge to spring from pile to pile was strong, but I resisted it – the moss is incredibly delicate, and any damage can take decades to repair. 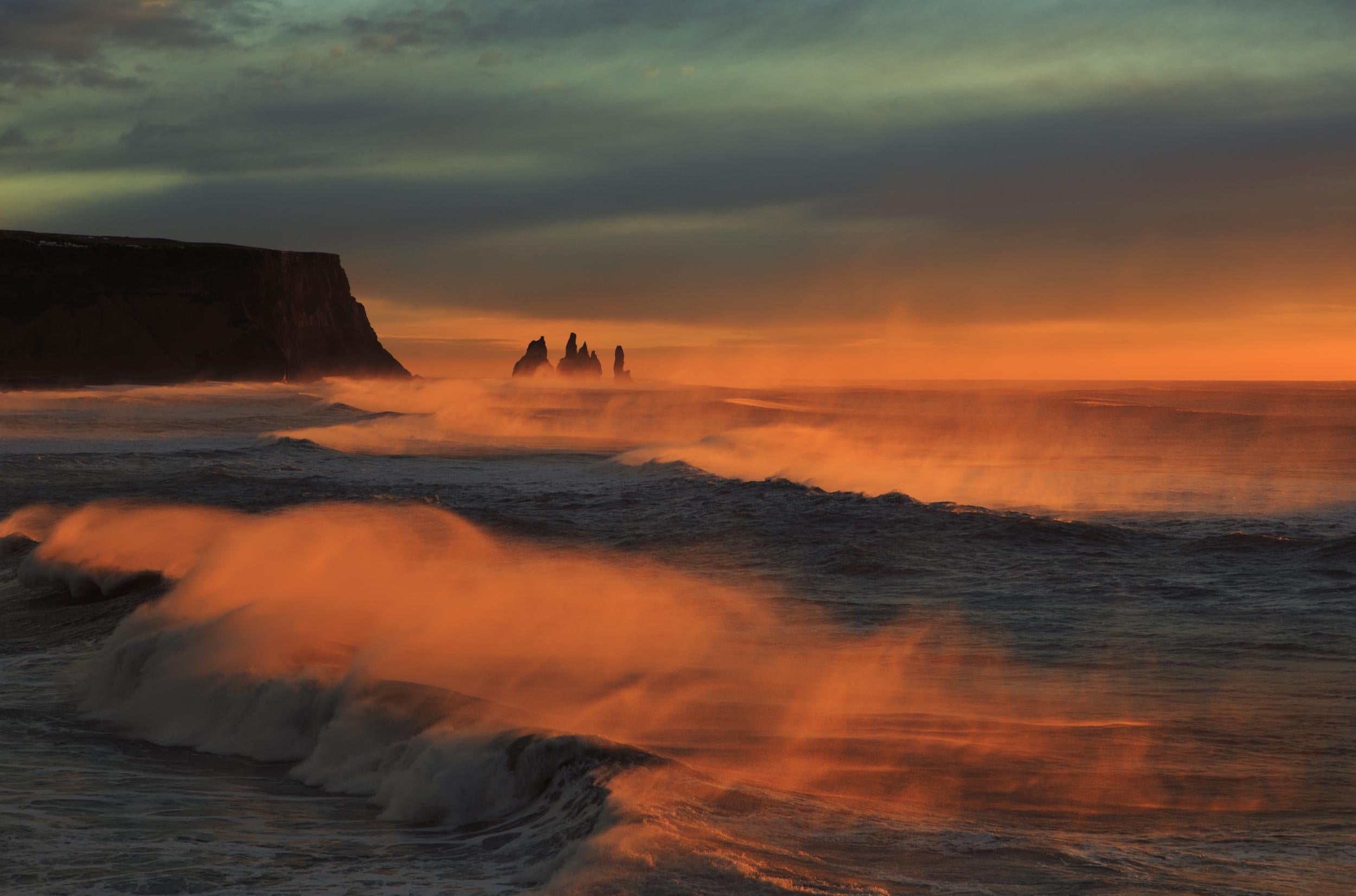 After a while, the moss gave way to dark grey mountains, their peaks streaked in snow. Upon reaching Skaftafell Nature Reserve, the glaciers appeared, creeping out from between the foothills and sprawling in that distinctive shade of blue. But the real showstopper came at the Jökulsárlón glacial lagoon.

We reached it as night began to encroach, but the giant icebergs bobbing on the still water glowed in a powder blue light, the streaks of black marking ancient stockpiles of volcanic ash.

The temptation to stick a finger in the water was too strong (spoiler alert – it’s cold). Chunks of ice floated near the edge, as clear as freshly polished glass. I held one in my hand as a tiny seal popped his head up from under the water. And that’s a sight that made all the squelching in the world worthwhile. 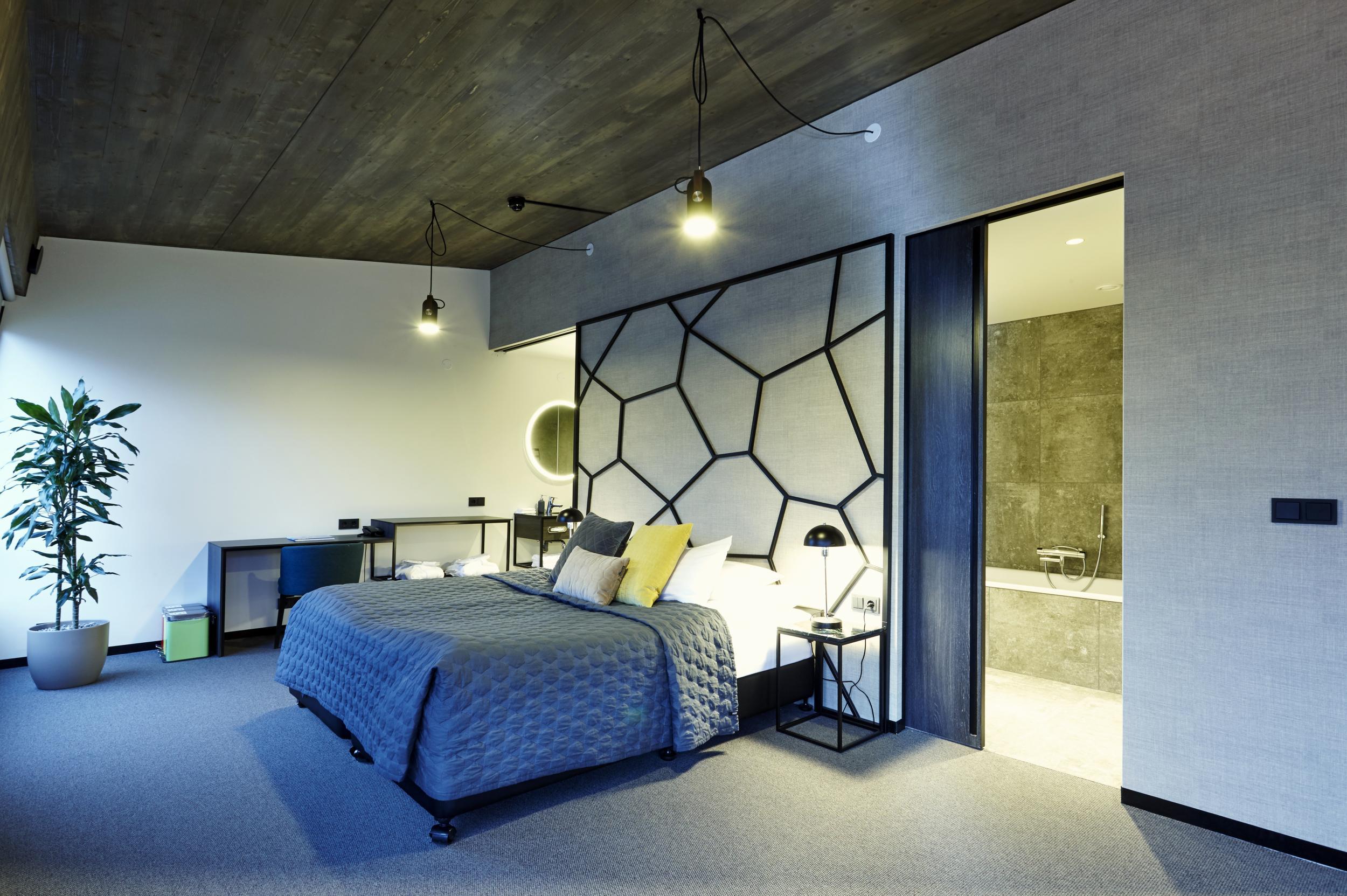 Icelandair flies to Reykjavík from Heathrow, Gatwick, Manchester and Glasgow, from £150 return.

Rooms at Fosshotel Glacier Lagoon start from £120, room only.