Pet-lovers in Zante’s Laganas resort are cleaning kennels and cuddling abandoned pups instead of going on boozy nights out.

Many even take dogs home with them to offer them a fresh start.

Jamie Contonis, 38, runs Zante Strays and has a shelter housing 100 dogs in the party town.

She keeps another 25 animals at her home.

Jamie said of the holidaymakers: “They come and help feed, water and clean the kennels.

“One DJ comes to help every other day, and we were donated three bikes volunteers can borrow to travel back and forward from the resort.

“British holidaymakers like to party and used to have a terrible reputation but they are wonderful to the dogs.

“The dogs know they will give them food and water and be kind to them, so they’re really friendly and affectionate and make lovely pets.

“Many find strays while they are on holiday here. They fall in love and want to adopt them, so we arrange for them to go to new lives in the UK.”

Dogs, which have often been abused, are handed in every day. 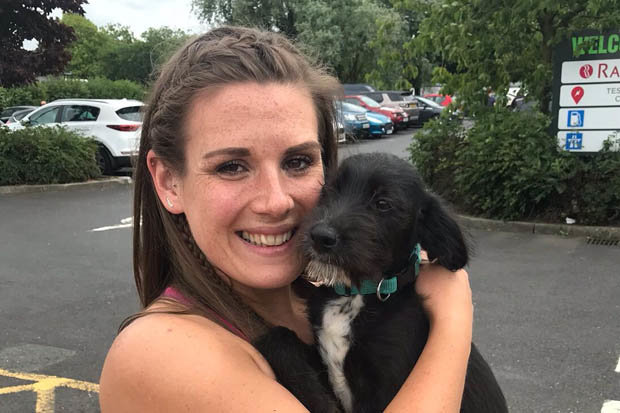 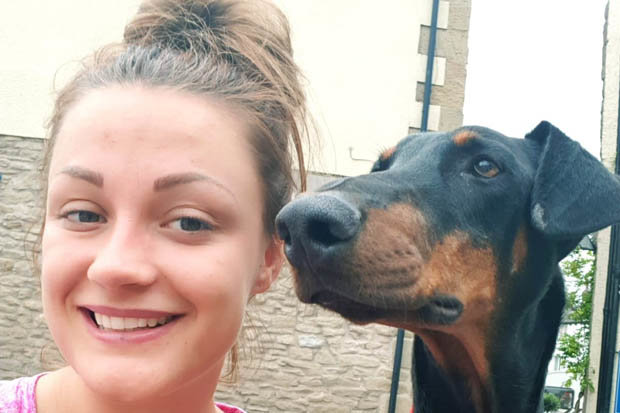 “Jamie arranged for us to adopt him. He’s now twice the size he was. We thought he was a whippet but he’s actually a big Doberman. We adore him”

Paris Dewhurst, 23, an admin worker from Blackburn, was on holiday in May when she spotted a dog running between cars in the street.

Paris said: “We put him on a lead made out of a piece of plastic. We put him by a tree nearby and stayed with him until the next morning so we could take him to the shelter.

“Jamie arranged for us to adopt him. He’s now twice the size he was. We thought he was a whippet but he’s actually a big Doberman. We adore him.”

Rebecca Wilkinson, 29, a firefighter from Aberdeen, adopted her dog Bruce in June after a friend told her about the strays. Bruce had been dumped as a tiny puppy along with his mum and brothers. 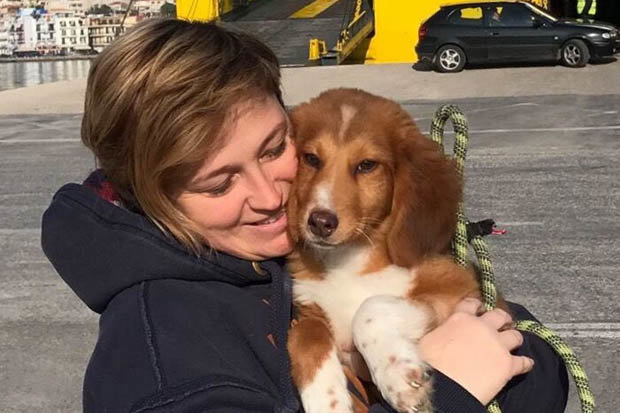 When Rebecca saw him online she decided she had to have him.

She said: “I wanted to give a rescue dog a second chance and Bruce is perfect. I think the work they do is incredible.”

Adopting a dog costs £365 and Jamie and her volunteers arrange vaccinations, flea and worming treatment, a health check, pet passports and transport.

Jamie said: “We want to help as many animals as possible. We don’t have things like the RSPCA so it’s hard, but holidaymakers make such a difference.

“I’d ask anyone thinking of getting a dog to consider a Zante Stray.”