Authorities in Bali are launching a crackdown on western visitors who pose beside sacred temples wearing bikinis and other swimwear.

Officials have reportedly lamented the decline in the ‘quality of tourists’ who they believe are being disrespectful at the hundreds of Hindu sites across the Indonesian island.

And now tourists might even be banned from visiting the temples unless they are accompanied by a tour guide. 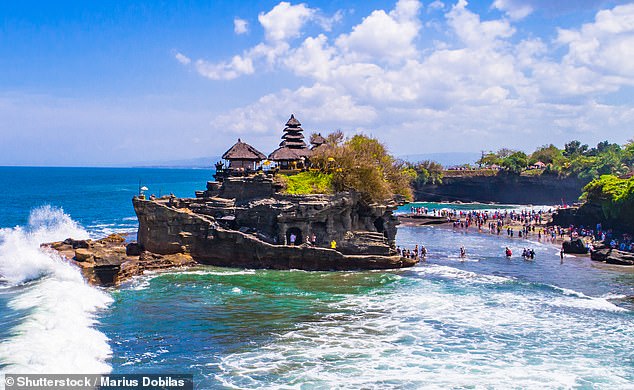 Authorities in Bali, pictured, are launching a crackdown on western visitors who pose beside sacred temples wearing bikinis

Deputy governor of Bali, Tjokorda Oka Artha Sukawati, told the Guardian: ‘The temples need to be preserved since they are the spirits of Bali’s cultures and customs.

‘It is because we are too open with tourists, so too many come, and indeed the quality of tourists is now different from before.’

The crackdown comes after a recent picture showed a Danish tourist sitting on top of the Linggih Padmasana shrine at Puhur Lutur Batukaru temple.

It sparked outrage as the shrine is reserved for the most important deity in Balinese Hinduism.

Meanwhile other tourists have been pictured climbing on to other sacred structures to take holiday snaps. 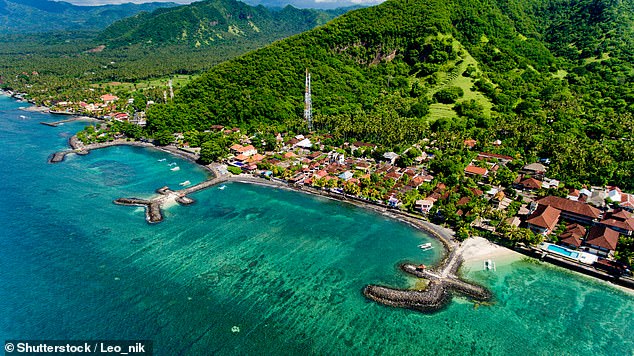 But it is not the only problem the island has been having with tourists.

Last year, pictures revealed how the golden shoreline of the island is slowly disappearing under a mountain of garbage.

Plastic straws and food packaging were seen strewn between sunbathers, while surfers bobbing behind the waves dodge waste flushed out from rivers or brought in by swirling currents.

Often dubbed a paradise on earth, the Indonesian holiday island has become an embarrassing poster child for the country’s trash problem and officials are now having to remove 100 tons of rubbish from beaches every day.