The busiest airlines in the world revealed: American Airlines flies the most closely followed by Delta and United

The world’s busiest airlines have been revealed – and it is American carriers that fly the most.

American Airlines is ranked top of a list of busiest airlines after flying 324 million scheduled passenger kilometres (201 million miles) in 2017. 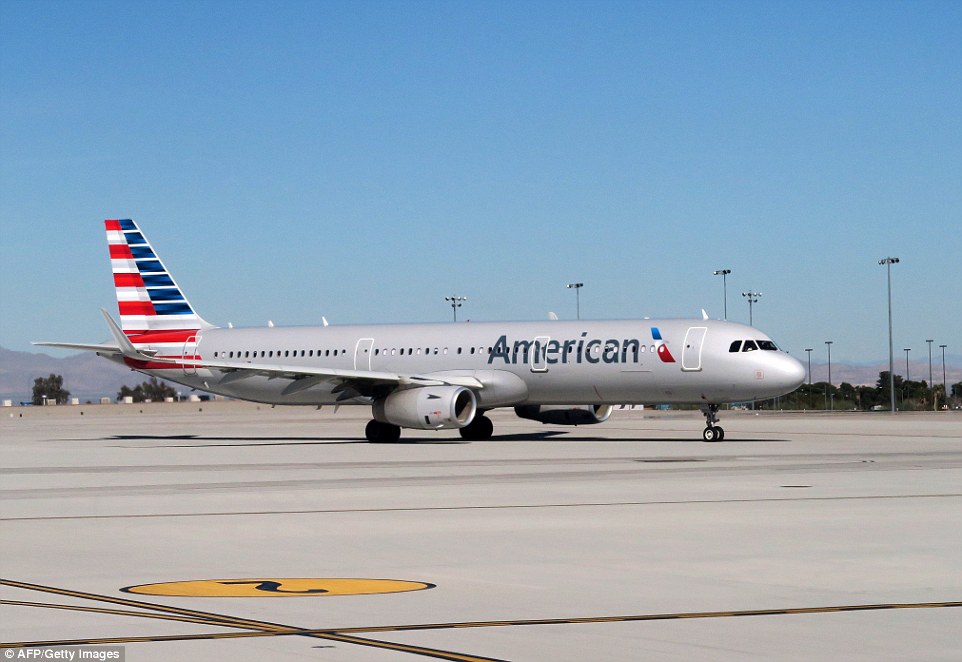 The ranking has been revealed in a new report by the International Air Transport Association (IATA), which announced industry performance statistics for 2017. 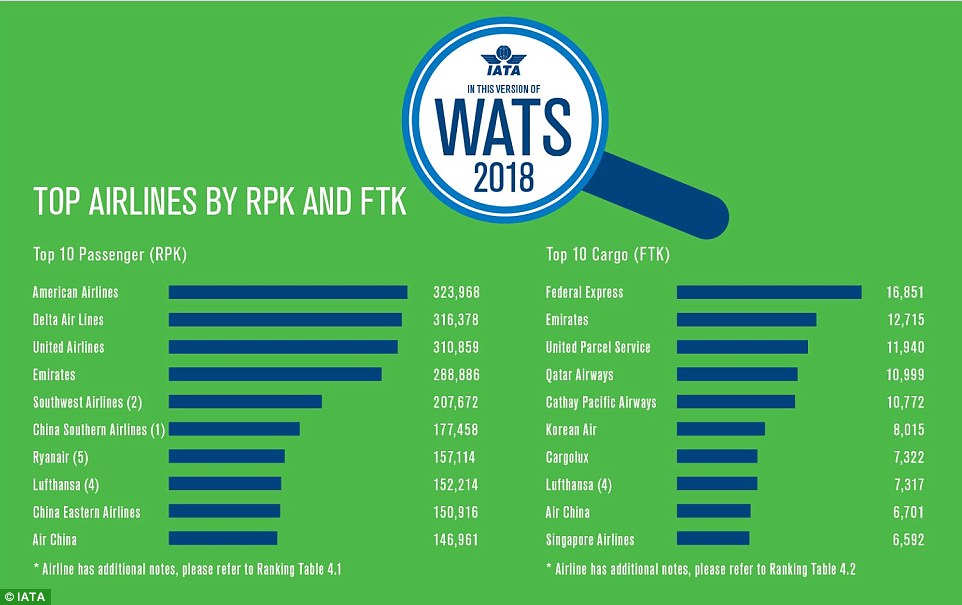 The busiest international routes of 2017, meanwhile, are all within the Asia-Pacific region with the most scheduled passenger kilometres on the link between Hong Kong and Taipei on 5.4 million (3.3 million miles).

Following is Jakarta Soekarno-Hatta to Singapore on 3.3 million and third is the link between Bangkok Suvarnabhumi-Hong Kong on 3.1 million.

The top five is rounded off by Kuala Lumpur to Singapore on 2.8 million and Hong Kong to Seoul Incheon on 2.7 million. 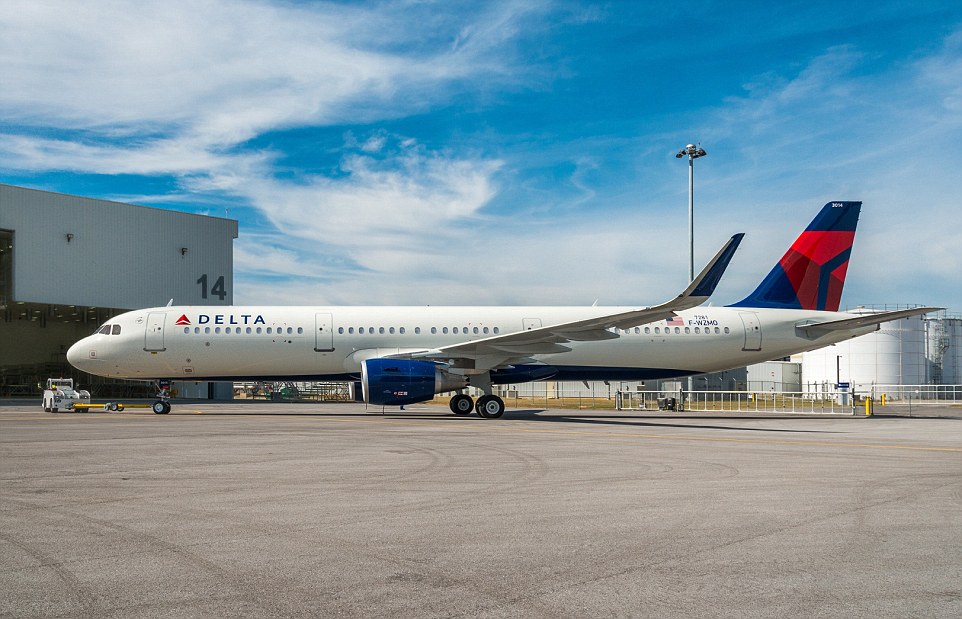 Delta Air Lines is in second place – it flew 316.3 million scheduled passenger kilometres, according to 2017 data

It is a similar story for domestic routes, with the top five in 2017 all being in the Asia-Pacific region.

The busiest is Jeju to Seoul Gimpo with 13.5 million scheduled passenger kilometers (8.3 million miles) followed by Melbourne Tullamarine to Sydney on 7.8 million.

The report also shows that worldwide annual air passenger numbers exceeded four billion for the first time, which was attributed to an improvement in global economic conditions and lower average airfares.

Alexandre de Juniac, IATA’s Director General and CEO, said: ‘In 2000, the average citizen flew just once every 43 months. In 2017, the figure was once every 22 months.

‘Flying has never been more accessible. And this is liberating people to explore more of our planet for work, leisure and education. Aviation is the business of freedom.’

THE BUSIEST AIRLINE ROUTES IN THE WORLD