Google Maps Street View catches people all over the world as they go about their lives. Sometimes they are snapped in the middle of embarrassing or funny situations. But, occasionally, scenes of high drama are captured.

This was certainly the case when a photo of a house in Canada was taken.

The shot shows a fairly ordinary-looking street in Ontario.

However, something very dramatic indeed seems to have taken place.

A fire appears to have broken out. 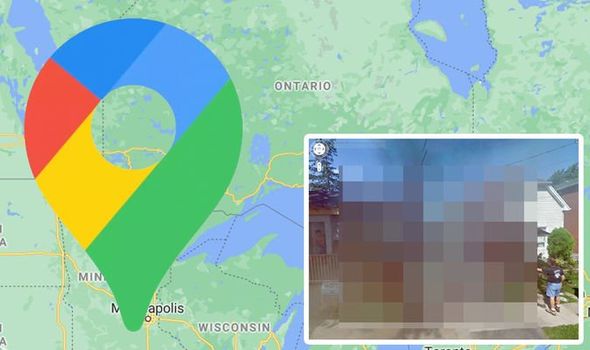 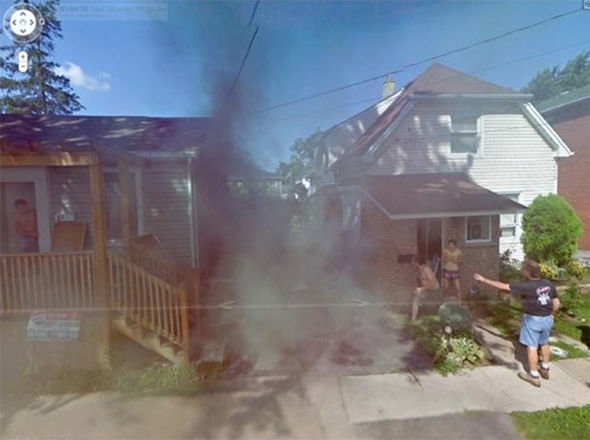 The Google Maps photo shows thick dark smoke billowing down a driveway outside a house.

The households on both sides appear to be on full alert.

From the house on the right, a topless man and another person are caught emerging from the front door.

A man standing in front of the house – who is fully clothed – has his arm outstretched.

He is pointing at the smoke, perhaps alerting the inhabitants to the fire or notifying them of the source.

A fourth man – also topless – can be seen peering out of the bungalow on the left.

It’s unclear what sparked the blaze.

The scene is simply a snapshot in time. 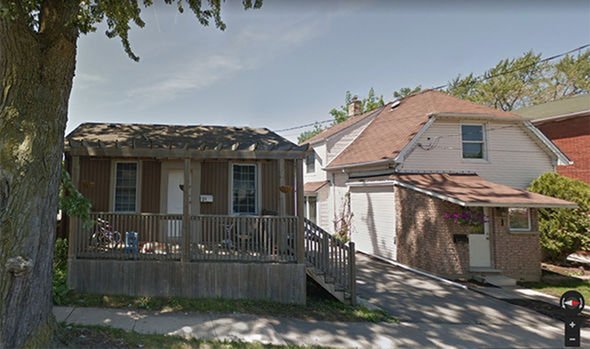 The viewer is left to come up with their own version of events.

It’s not know how serious the fire is.

Perhaps it’s an out-of-control BBQ or maybe something more sinister has gone on.

Interestingly, this is not the first time a driveway fire has been captured by Google Maps Street View in Ontario.

In a shot snapped in Toronto, a van parked in a driveway was snapped on fire.

Raging orange flames and black smoke appear to be bursting out of the front door of the vehicle.

A man can be seen kneeling on the grass outside of the front steps of the house. He appears to have something round in his hands. Could it be a hosepipe and is he attempting to put out the fire himself? Again, the viewer is left to wonder.