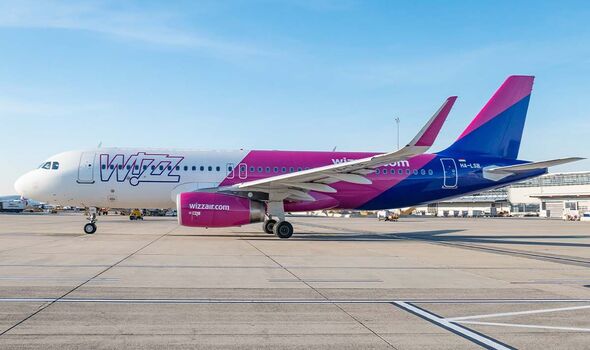 A man has shared his frustration after he was charged £220 for ringing an airline’s customer service line.

Lewis Richardson, 35, was trying to contact Wizz Air in the hopes of changing his flights for a family holiday to Spain. He then spent over an hour-and-a-half on the phone – unaware he was being charged at a premium rate.

Lewis ended up with a £220 phone bill and still didn’t manage to sort out his Luton to Malaga trip.

Speaking to Hull Live, Lewis says he will be boycotting Wizz Air from now on: “My first and only experience with Wizz has been a total car crash. It’s just been one thing after another, and to top it all off, I’ve been charged £220 for calling their customer service line – and they didn’t even help me.”

Lewis and his family booked a holiday for August last year but were unable to travel on the day they’d planned for personal reasons. The dad-of-two said he spent £975 on flights and after reading Wizz Air’s flight change policy he was confident he could change his booking. Phone records show he was on the phone with the airline’s customer services for a total of 100 minutes – just over an hour and a half.

However, he claims that, after being told contradicting information from separate phone operators, he was eventually informed he would have to book new flights to travel. Lewis then shelled out an additional £450 to secure new seats and flew to Spain on August 6.

The domestic energy assessor said: “I rang customer services thinking I’d have to pay a slight additional cost to change flights. But after waiting half an hour each time to speak to someone I was given conflicting information. The first operator told me I had to wait until the original flight had taken off to change my booking, and when I called again once it had, I was told I needed to do it before. Having already spent nearly a grand on flights, I then had to book completely new ones which set us back another £450.”

Lewis and his family made it to Malaga as planned – after a flight delay – and enjoyed their holiday. They stayed for a week, flying back on August 13, but were left frustrated again on their return by a series of alleged mishaps at the airport.

Then, when his phone bill later arrived, he was enraged to find he’d been charged £220 for the calls he made to their customer service line. Lewis said: “The delay flying out was horrendous, and I was glad to see our flight back was on time.

“But my relief was short-lived when we were held on the plane for an hour and a half because they had a lack of ground staff available. We finally got off, and our luggage was nowhere to be seen. Four hours later it did finally arrive, but by that point everyone was fuming.

“The next day I checked my phone bill and I’d been charged £220 for calls to their customer service team. And my complaint about this has since been ignored. All in all my experience with Wizz Air was shocking, and it’s safe to say I won’t be using them again in the future.”

Lewis’ phone bill shows five calls to an 09 number, which is listed online as a contact for Wizz Air’s UK call centre. Four calls on August 1 and one on August 3 were charged at a total of £223.06, he added.

A spokesperson for Wizz Air said: “Wizz Air has looked into Mr. Richardson’s claim and found that his compensation was rejected due to an isolated internal error. The customer service team has contacted Mr Richardson and the case has now been resolved. Wizz Air sincerely apologises for the inconvenience caused.”