Meet India’s answer to David Attenborough: The naturalist who can identify 250 birds just by their songs and 1,000 plants – and who treks 22km a day to track animals 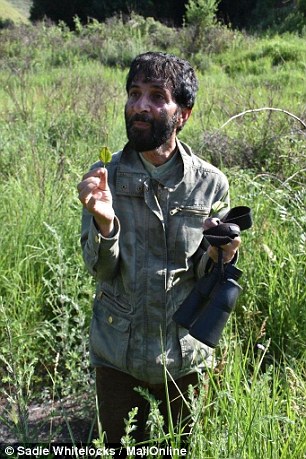 Nazir Malik, 56, is a wildlife guard at Dachigam National Park in Kashmir

From the get-go, Nazir Malik’s love of nature is clear.

Wearing head-to-toe khaki, the animated 56-year-old leads me on a tour of Dachigam National Park, which is close to Srinagar in the Indian state of Kashmir, an area where tourists are currently advised not to travel by the FCO due to ongoing conflict between India and Pakistan.

‘If there is heaven on the face of the earth then it is here!’ the wildlife guard chimes, armed with a smile, binoculars and a sharp sense of hearing.

He suddenly stops to listen to the sound of a bush warbler chirping from the lush undergrowth.

Along with being able to identify more than 250 birds based on their song, Nazir can also name 1,000 plant species in the area.

It’s 7am but the naturalist – who prefers to be called a ‘junglist’ – has already been up several hours.

He usually gets up at 4:30am so he can spot Himalayan black bears as they amble around the hillsides before trekking 22km to track more wildlife.

‘I can climb any mountain but I cannot cross a road full of traffic,’ Nazir says with a smile as he leads me up a steep set of stairs leading into a patch of forest.

We reach the top of the stairs and come out into a clearing, which does feel a little bit like a slice of heaven on earth.

The sun shimmers through long grasses, and green hillsides collide to form shaded valleys. Nothing but the sound of birdsong and rustling leaves permeates the silence. 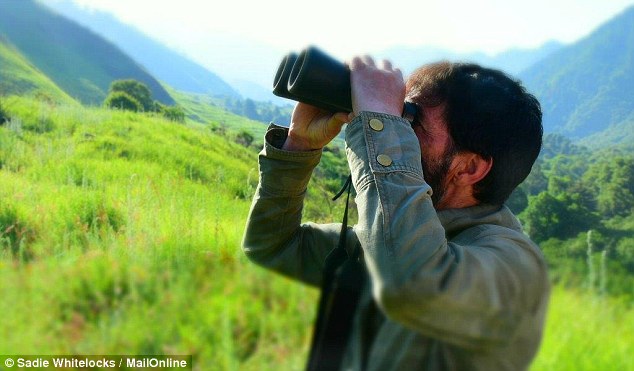 Nazir can identify more than 250 birds based on their song and name 1,000 plants 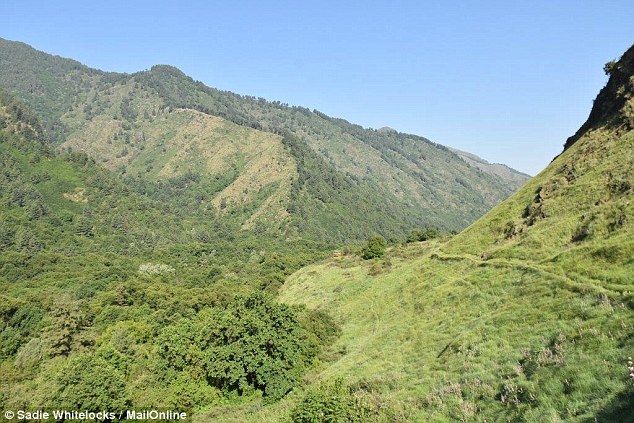 Dachigam is home to an abundant spread of wildlife, including musk deer, leopard, jackals, otters and pygmy owlets. Species are still being discovered and Nazir even found a new type of cicada a few years back

Nazir peers through his binoculars to check for bears but it appears they have finished their breakfasting parade, during which they comb the land for fruit and roots.

The Kashmiri reveals that he went on his first trek when he was around 10 years old and from there he developed a love of the natural world.

He continues: ‘Nature is the greatest teacher, it’s the creation of almighty.’

Along with being a custodian of Dachigam National Park, he regularly takes visitors on tours and assists scientists with their work.

Most recently he worked with a camera crew from National Geographic so they could capture some of the critters up close.

Dachigam is home to an abundant spread of wildlife, including musk deer, leopard, jackals, otters and pygmy owlets. Species are still being discovered and Nazir even found a new type of cicada a few years back 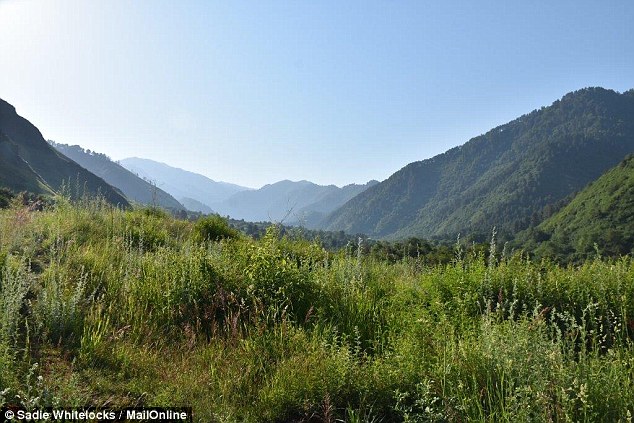 Nazir usually gets up at 4:30am so he spot Himalayan black bears as they amble around the hillsides before trekking 22km to track more wildlife 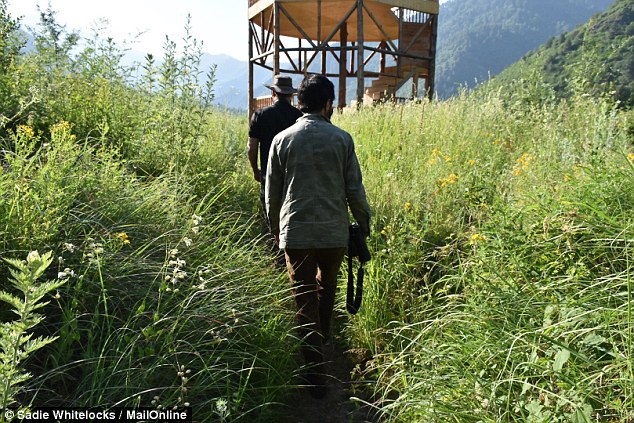 I ask Nazir what his favourite animal is and it’s clearly a difficult question.

After stopping to think for a moment and looking to the blue sky above, he suddenly replies: ‘The black bear!

‘They are a very good role model for the jungle. They eat fruit and help germinate seeds with their droppings.

‘They also clear tree branches when they climb which allows light in to the forest floor.’

So, has Nazir had any run-ins with the black bear, which are notorious for getting aggressive when startled? 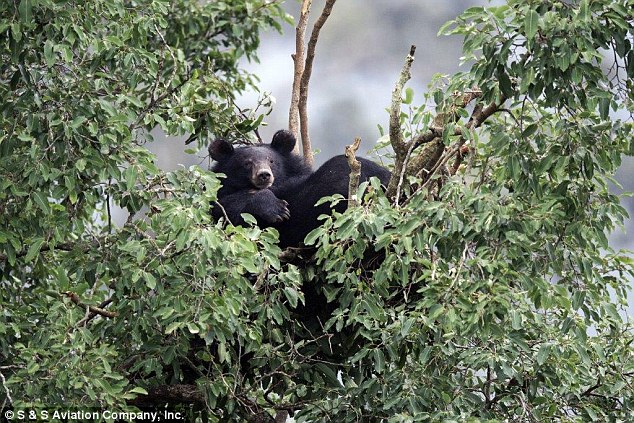 ‘They often come very close to me,’ he muses, ‘but they have a look and then they leave. It’s all about respect.’

While Nazir spends most of his time in the park – a job which he says keeps him ‘looking young’ – he does have a wife and children at home.

He says he often takes his son on treks and he tries to impart his knowledge the best he can.

The father-of-two’s current goal is to further educate locals about the importance of the national park and set up awareness programs for schools.

With the burning heat of the day setting in and my time up, Nazir concludes: ‘I’m optimistic about the young generation. They are putting more effort into protecting the world.

‘This is a special place. So much is still undiscovered in the Himalayas.’

MailOnline Travel visited the Indian state of Jammu and Kashmir with tour operator World Expeditions, which has successfully been running trips to the area for more than 20 years.

Its 17-day tour – Where Two Worlds meet – Journey to Ladakh & Kashmir with Garry Weare – is currently priced at £2,366 with a September 8 departure.

Flights from London to Delhi can be booked through Air India for around £400 with connections to Srinagar offered by GoAir.