The hubs were rated the best in a survey that measures performance across five factors including check-in, food, beverages and retail, accessibility, terminal facilities and baggage reclaim. 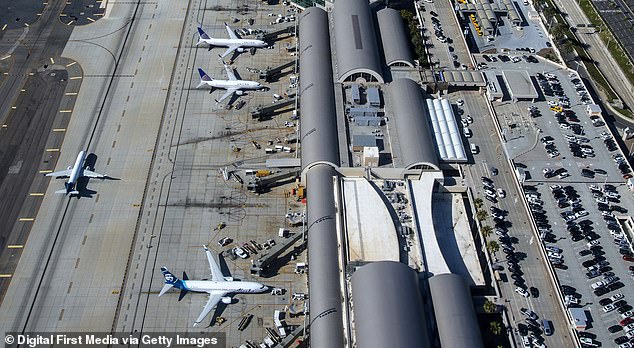 John Wayne Airport, Orange County in California, which has been ranked as the best in North America 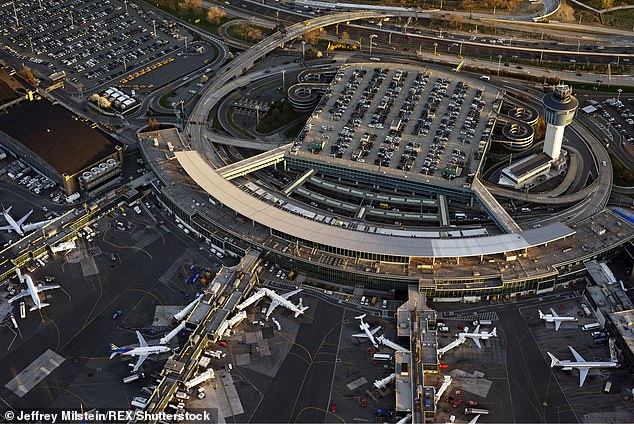 The worst rated airport in the research is New York’s LaGuardia airport, pictured

The North America Airport Satisfaction Study by J.D. Power is now in its 13th year and polled over 40,000 passengers on flights between September 2017 and September 2018.

John Wayne Orange County is in the ‘large’ category but came top overall because it has the highest points score of any airport in any category.

Buffalo Niagara and Indianapolis came second and third in the medium category but the only airport to beat their scores in any category was John Wayne Orange County.

No airport in any category had a score as low as LaGuardia’s, here rated as a ‘large’ airport.

In the mega airport category Las Vegas McCarran International and Orlando International were voted the best, scoring 781 points out of 1,000.

Rounding off the top five is Dallas Fort Worth International with 770 points. 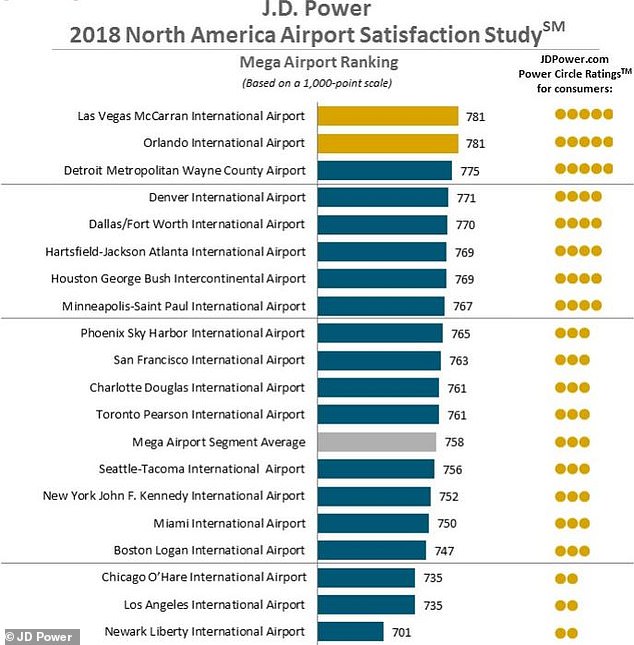 A table showing the passenger rankings of the mega airports in North America, with Las Vegas McCarran International and Orlando International top 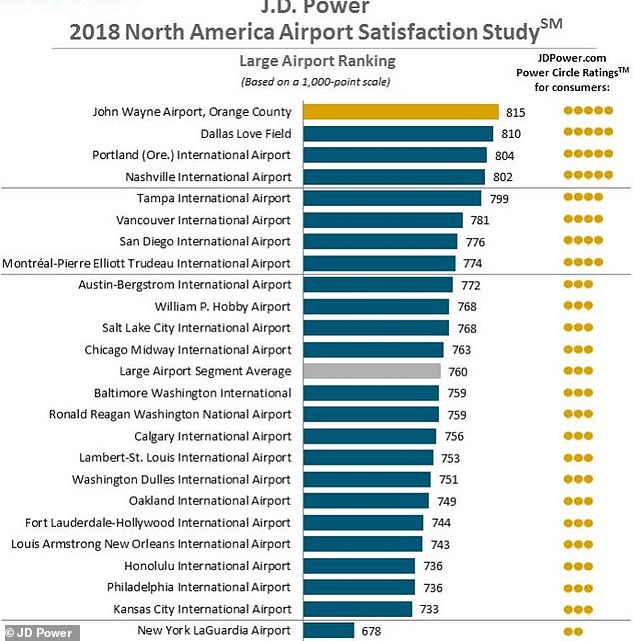 The worst rated mega hub is Newark Liberty on 701 points, while Los Angeles International and Chicago O’Hare received 735 points each. 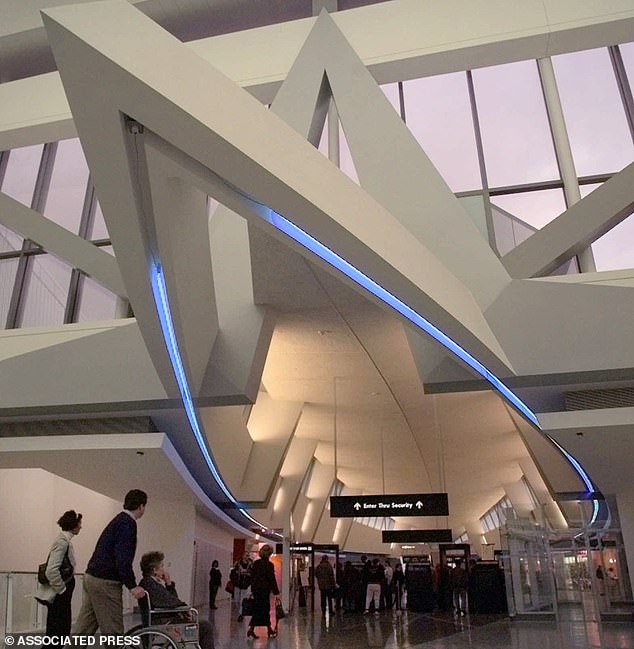 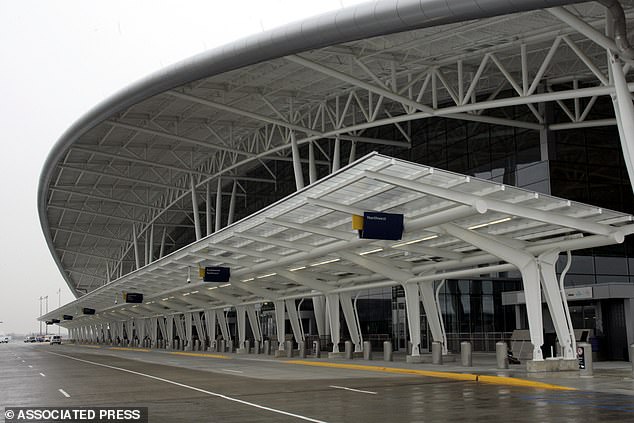 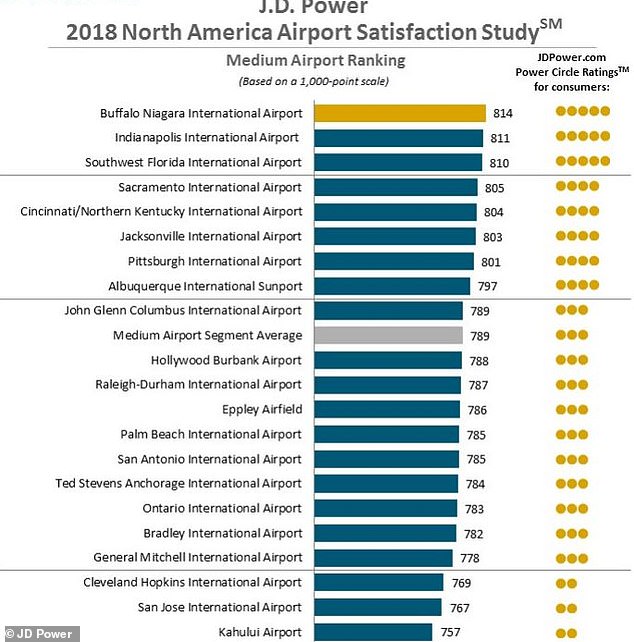 In terms of medium airports, the ranking shows that Buffalo Niagara International is the most highly rated

Michael Taylor, travel practice lead at J.D. Power, who carried out the research wrote: ‘North America airports have been doing a tremendous job managing passenger volume, adding amenities, and keeping travellers moving despite some noteworthy challenges, but they will be put to the true test over the next few years.

‘Several multi-billion-dollar airport construction projects – such as those in Boston, Los Angeles and Chicago – are reaching phases in which passenger disruption and increased traffic will be incredibly hard to avoid.

‘How well these rapidly expanding airports manage throughout these infrastructure projects will provide valuable insight into what’s in store on a nationwide basis.’