From a hidden Cornish gem to the Dorset watering hole with enviable coastal views: The UK’s 10 best seaside pubs to stay in

What better way to relax and unwind than with a pint in your hand while you breathe in the fresh sea air.

If this sounds like your idea of heaven, scroll down for our list of the best pubs that are located on or near to the coast.

There is something for everyone whether you are looking for a lively beachside boozer or a watering hole with traditional charm.

1. WATCH THE WAVES FROM YOUR BED

From the shore of one of West Wales’s prettiest coves, you can watch the waves break from your bed. There are few airs and graces here, just a simple, friendly pub. A double costs from £85 and dinner can be less than a tenner. 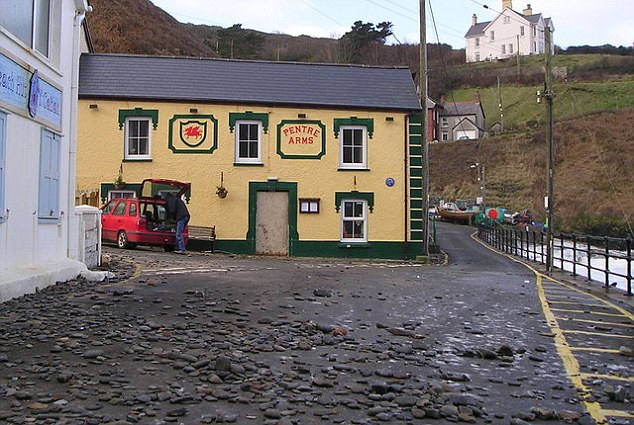 Pretty as a picture: The Pentre Arms in Ceredigion, Wales, is a simple, friendly pub

2. CAPS OFF TO A REAL SOUTH COAST TREASURE

Don’t expect a town at Seatown. Instead, the pub is among a handful of cottages next to Golden Cap, the South Coast’s highest cliff.

The bar is contemporary and there’s gourmet seafood. Three bedrooms are luxury hotel standard with sea views. Double B&B from £140. 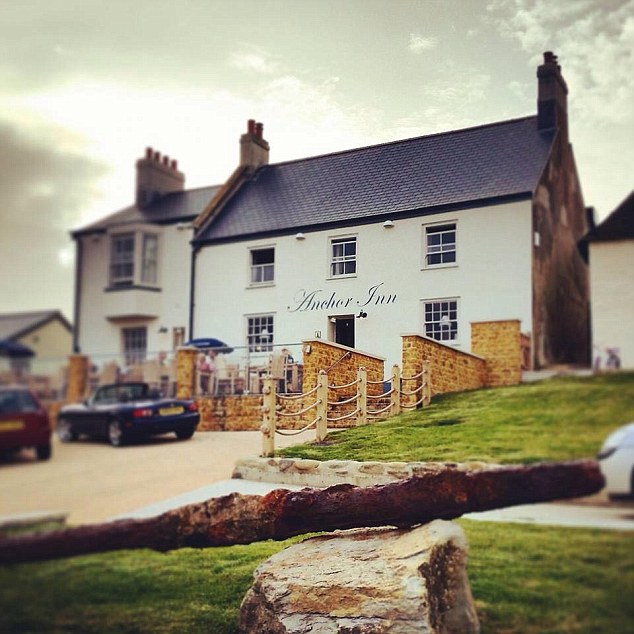 The Anchor Inn in Seatown, Dorset gets a spot in the Top 10 with its stunning seaside views 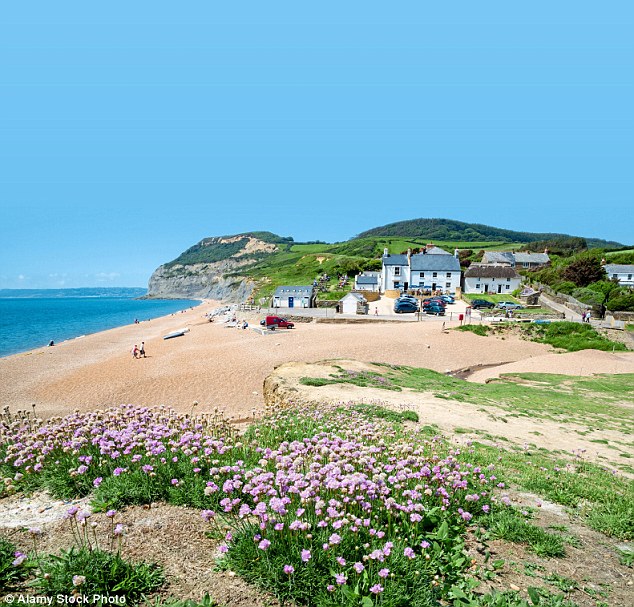 3. I SPY AN ISLAND ADVENTURE

The Spyglass in Ventnor is a popular beach bar, with live music and hearty food. Four suites each comprise a bedroom, kitchen, lounge and balcony. Ingredients are provided to cook your own breakfast. Double B&B from £85. 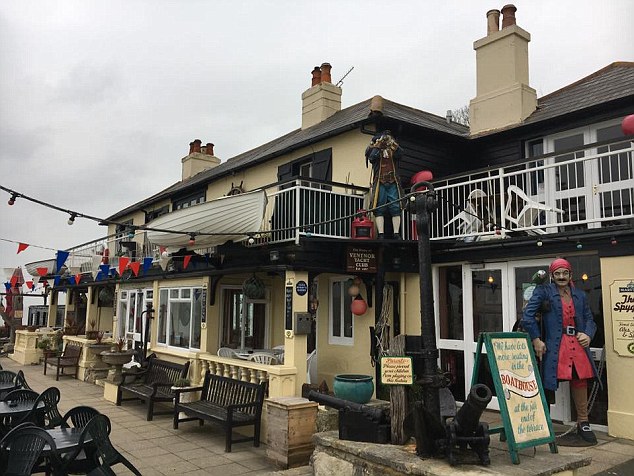 The Spyglass in Ventor, Isle of Wight was another seaside pub to make it into the UK top 10

4. REACH FOR THE SKYE AND A DIGITAL DETOX

Stein is a village on one of Skye’s remote peninsulas. The 18th Century pub on Loch Bay has five bedrooms with sea views. With no TVs or mobile reception, here is your chance to enjoy a digital detox. Double B&B from £83. 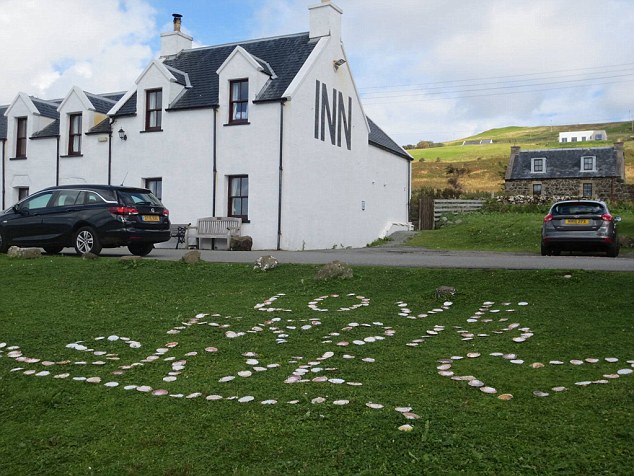 A mile from Land’s End is the Old Success Inn. It’s virtually on the sand so you can take surfing lessons or watch dolphins from your window. There are 14 rooms and three self-catering flats. Double B&B from £75. 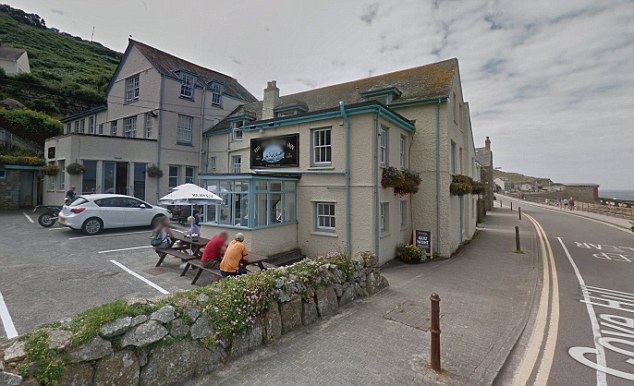 6. GO GREEN IN THE WILDS OF SCOTLAND

On the rocky beach at the Sound of Arisaig, 35 miles west of Fort William, this modernised inn is an award-winning green eco-pub running on solar energy.

Guests can kayak with dolphins or sit and admire the amazing seascapes. Double B&B from £120. 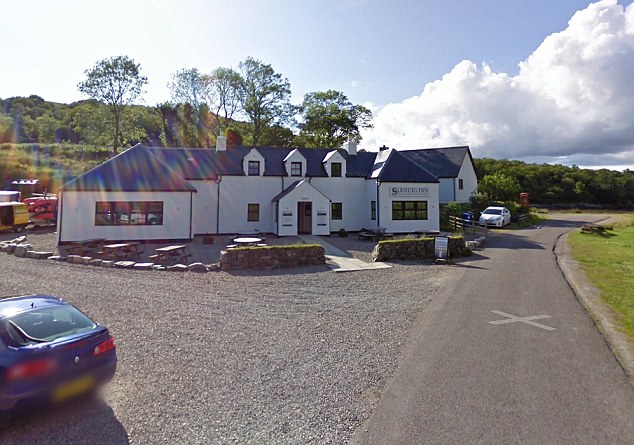 Go green in the wilds of Scotland: The Glenuig Inn in Iverness is an award-winning eco-pub running on solar energy

7. SMUGGLERS’ LAIR ON THE MARSHES

Fall asleep to the sound of the sea at this classic former smugglers’ hideout with views across the marshes. There’s a seafood menu and double B&B from £120. 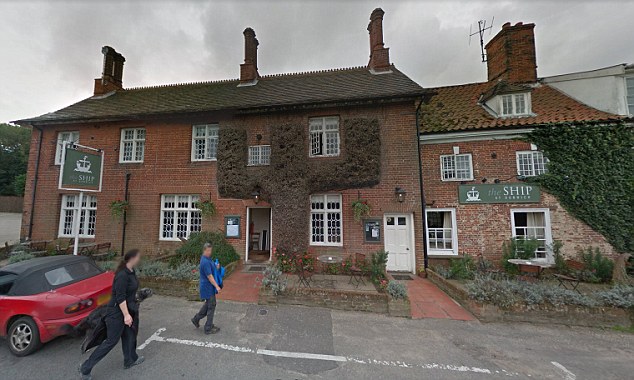 8. PUT YOUR FEET UP AFTER WAINWRIGHT HIKE

Wake up to sunrises over the North Sea in a spot so exposed that stormy high tides can splash against the walls. The pub marks the end of Wainwright’s 192-mile coast-to-coast walk from Cumbria. Double B&B from £80. bayhotel.info 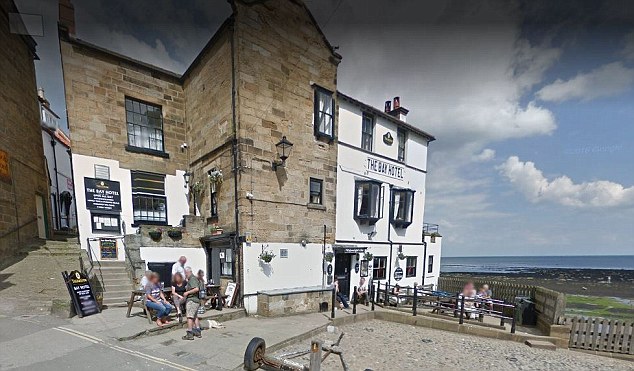 The Bay Hotel in North Yorkshire, which sits right on the coast and is exposed to the sea

9. CORNISH GEM IN A SECRET COVE

In a steep valley in the wildest part of North Cornwall, you’ll find the eight-bedroom Port William, set on a rugged cliff at the ‘secret’ cove of Trebarwith Strand. Double B&B from £80. 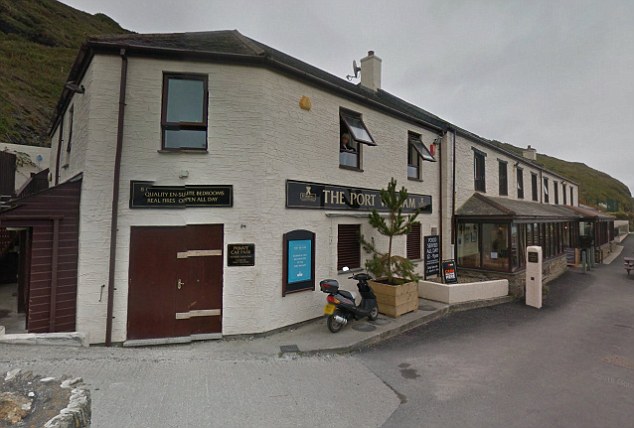 The Port William in Trebarwith Strand, Cornwall is set on a rugged cliff and looks over the sea 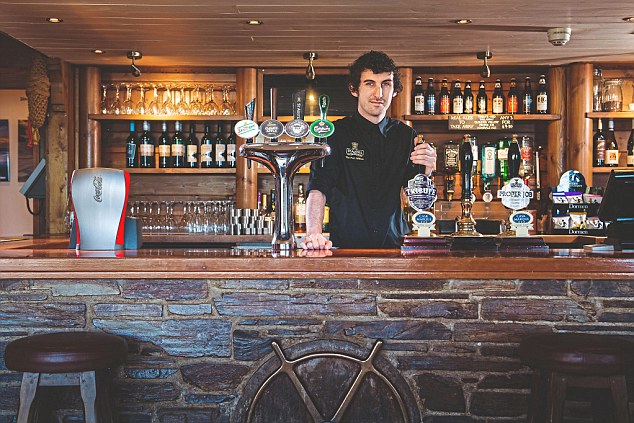 A pub has stood alongside Pagham Harbour for 1,000 years. Today you’ll find fresh seafood and hotel-style rooms from £165 for double B&B. 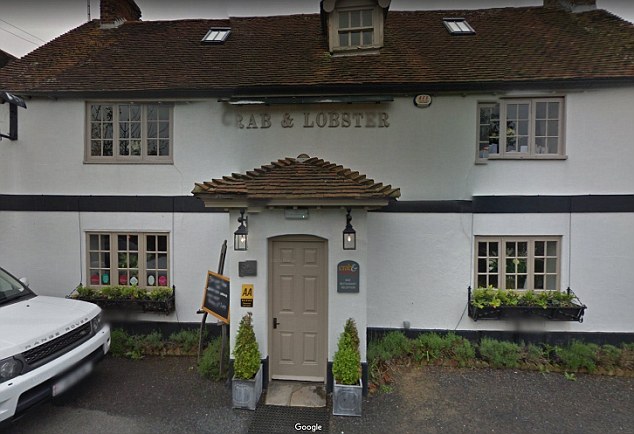