According to a UK survey by InsureandGo, a travel insurance provider, more than 70 percent of Britons think that parts of Europe will be too hot for holidays by 2027.

Chris Rolland, CEO of InsureandGo, said that the results of the 2,000 person poll were “staggering”.

He said: “UK holidaymakers are really paying attention to what is going on in the world in terms of global warming.

“Though the picture may seem worrying now, there is hope that these predictions will not come to fruition if we can get a collective handle on climate change by sticking to net zero targets and reducing our overall consumption.” 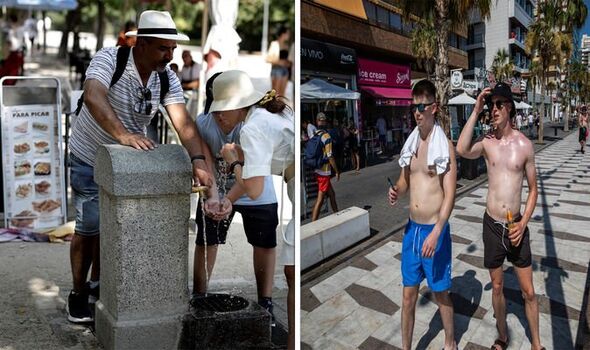 Spain is currently the UK’s top holiday destination with more than 15 million Britons travelling there every year.

However, soaring temperatures could put British tourists off the destination with heatwaves likely to become more frequent.

Nearly two thirds of Britons thought Spain would be too hot to visit during summer in just five years’ time.

Greece could also suffer a drop in tourist numbers as almost 60 percent of Britons were concerned about the country’s heat.

Over half of those polled said they would avoid holidaying in Turkey in 2027 while Portugal, Italy and Cyprus were also risky destinations for Britons.

The older generation were the most concerned about rising temperatures with more than 80 percent saying they were worried about the heat.

The results come following the hottest ever summer in Europe, with temperatures reaching over 40 degrees in many countries.

Over the next decade, temperatures as high as 50 degrees could become a reality in countries across Europe. 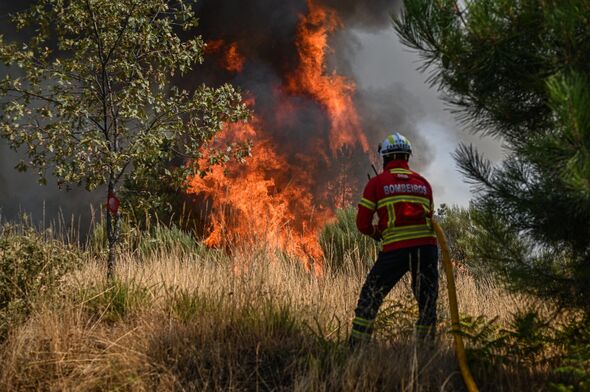 As temperatures rise, the risk of extreme weather events also increases, which could put tourists at danger.

Spain, Portugal and France all experienced extreme forest fires this summer which led to evacuations.

Global warming is responsible for Europe’s soaring temperatures and efforts made to combat climate change could determine the continent’s future.

Rolland said that tourists may also look for cooler destinations in future or choose to holiday at Easter or Christmas.

He said: “The family summer holiday will certainly not go away. Our research does suggest however, that it may well change in terms of holidaymakers moving toward cooler climates, or perhaps that Easter and Christmas will become the school holidays when more families head abroad for their break.

“I think this research is a real eye opener that things need to change and fast.”

Destinations in Scandinavia could see a surge in tourists as well as cooler countries such as Switzerland.

Staycations could also remain popular although the UK is unlikely to be immune to soaring temperatures.