Uniworld Boutique River Cruises added a second cruise and rail itinerary in Europe this year, a combination that is growing in popularity for travelers in Europe but is so far offered by few river cruise lines.

Uniworld, finding success with its Cruise & Rail program and its partnership with Golden Eagle Luxury Trains, launched a new itinerary this year, Castles of Transylvania & Enchanting Danube, with two departures — one lasting 12 days, the other 13 — that enable guests to explore parts of Eastern Europe.

The Cruise & Rail program was launched by the line in 2021, prompted by its desire to diversify its offerings and offer guests more of Europe.

Uniworld CEO Ellen Bettridge said its partnership with Golden Eagle was a fresh, new way to give guests the opportunity to explore a variety of destinations across several countries in one trip with various modes of transport.

“Every year, we focus on innovation in the river cruise space,” Bettridge said of how its partnership with Golden Eagle developed. “To bring this programming to life, we needed a partner that aligned with our five-star standards, and we’re fortunate to find that in Golden Eagle Luxury Trains through existing industry relationships.” 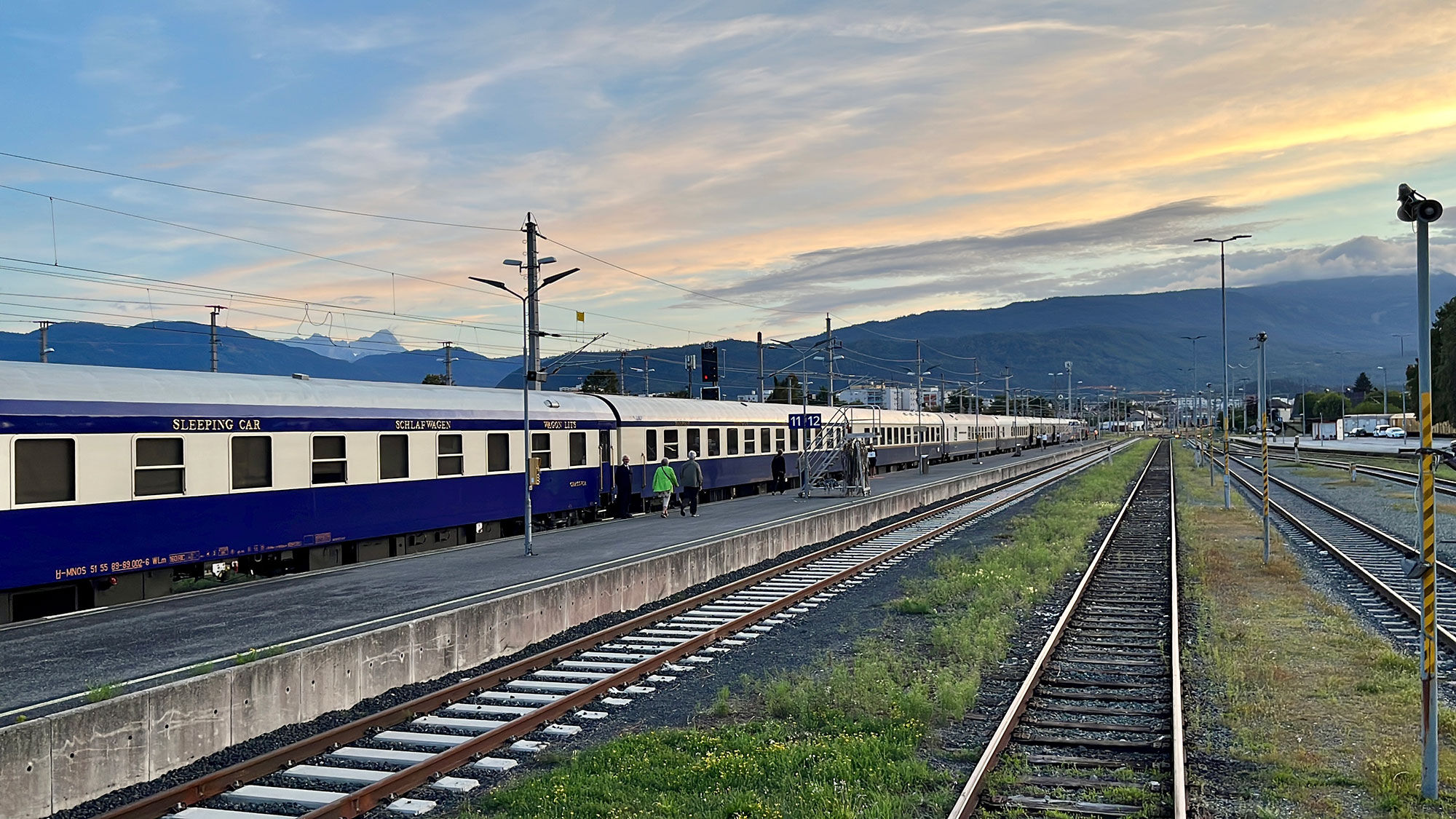 What sets Uniworld’s itineraries apart is that the rail journey is part of the trip itself rather than a pre- or post-river cruise extension.

Even though there are a variety of luxury rail options, from day trains to overnight sleepers located in the destinations Uniworld sails globally — such as India and Peru — Uniworld said Europe was the obvious, and best choice, for the company to lean into its rail venture.

“The region that we’re most familiar with, Europe, was the perfect place to start,” said Bettridge, adding that the first Cruise & Rail itineraries complemented the line’s newly transformed S.S. La Venezia, venturing to destinations that Uniworld had not visited before.

But the benefits of cruise and rail combinations don’t merely extend to the scenic advantage of seeing destinations beyond the rivers. Cruise and rail options can also be a practical alternative in an increasingly warmer and changing climate.

Low water levels plagued nearly all river cruise lines sailing Europe’s Rhine and Danube rivers from late July through most of August. Excessive heat and drought conditions depleted waters to unnavigable levels along some stretches of the rivers. Late-summer rain eventually helped replenish the rivers to navigable levels, but not before many cruise departures were canceled, delayed or modified.

Cruise & Rail, Bettridge said, “enables us to appeal to a wide range of travelers, offer a product unlike anything else on the market and adapt when necessary.”

Uniworld is among the few river cruise companies to embed a rail trip within an existing cruise itinerary that isn’t part of a pre- or post-cruise extension package. On most lines, travelers have to independently book a luxury rail component, which suppliers say is increasingly popular.

Most river cruises that travel to Switzerland typically begin or end in Basel, located on the Rhine, and transfer by coach or rail to begin a rail journey. Uniworld’s initial itinerary, with its 14-day Milan, Venice & the Swiss Alps and 12-day Venice & the Swiss Alps departures, starts or ends its Golden Eagle train experience in Zurich.

The 13-day version of the company’s newest Cruise & Rail itinerary begins with an overnight stay in Budapest, followed by four nights on the Golden Eagle train and then a return to Budapest to embark on a seven-day river cruise on the Danube through Austria and before ending in Passau, Germany. The 12-day Enchanting Danube & Castles of Transylvania travels in the opposite direction and does not include an overnight stay in Budapest.