The efforts going into keeping it alive know no bounds. Somehow the giant panda seems designed for extinction. Its only food, bamboo, is so low in nutrients an adult panda needs 30lbs of the stuff a day, and that doesn’t leave much time or energy left for sex. Pandas aren’t much bothered, because they are not very keen on it. 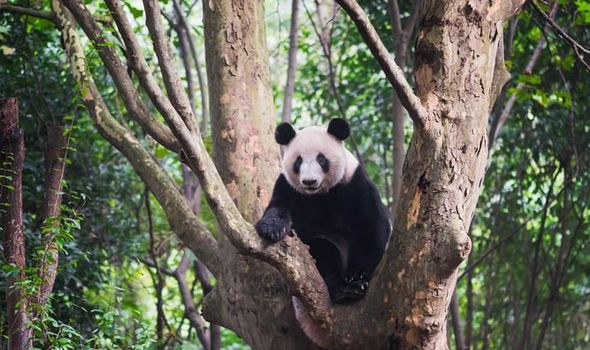 Panda newborns weigh about 4oz and are hairless and blind. They need so much care, when twins are born in the wild the mother leaves the weakest to die.

But the devoted team at Chengdu trick them into raising both by distracting mum, then swapping the twins.

It’s so exciting to watch the pandas at every stage of development, from tiny babies in the nursery through to mature adults. And gradually, a few bears at a time, the base is releasing its success stories into the wild.

It’s an inspiring story of science and nature working together, but it was a very different inspirational story that made Chengdu my favourite destination on the tour.

The People’s Park, a large green space in the city centre, has been a community hub since it opened in 1911. A boating lake, framed in well-tended gardens, overlooks the 100-year-old Heming Teahouse. There’s a funfair and playground, but elderly people seemed to be the park’s most enthusiastic users.

A live band played as pensioners, dressed to the nines, took it in turns to grab the mic and sing their hearts out.

In another corner, another band played as more pensioners showed off Strictly-style dance moves. Most mornings, a tai chi class can be seen in action.

At the teahouse, we saw games of mahjong attracting groups of observers, chipping in with advice, wanted or not.

Others waited patiently for their turn in the ear cleaners’ chair. Easily identified by their head torches – to better examine your orifices – they wield menacing long, thin instruments to scoop out earwax.

It’s safer than it looks, apparently. The ear cleaners undergo intensive training to steady their hands and are licensed by the local authority. And to be fair, their customers looked pretty relaxed.

But the most bizarre sight in the People’s Park is undoubtedly matchmakers’ corner. As I strolled towards it, I imagined a few pinboards with cards of lonely heart messages. WLTM doctor/lawyer/accountant. GSOH. That sort of thing. 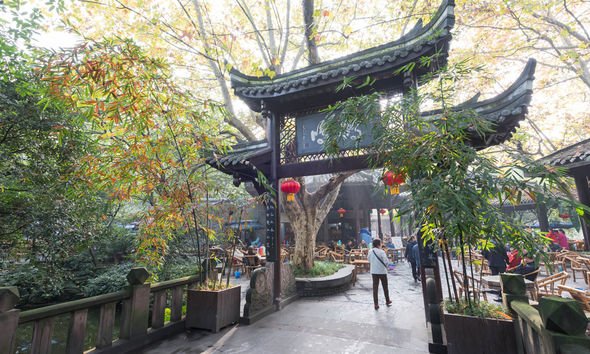 Oh no. Hundreds of parents, desperate to marry off their offspring, had set up shop with giant posters of sons and daughters, setting out every detail, we were told, from shoe size to salary.

Hundreds more were inspecting the merchandise, examining photos, jotting down phone numbers, checking out CVs. There didn’t seem to be any actual lonely hearts in attendance. And I really didn’t blame them.

The People’s Park was a fascinating microcosm of a culture that was alien and familiar all at once. Yes, some of the customs were weird to our eyes, but what was clear was that family was at the heart of everything.

Elderly people are revered and listened to. There’s no sitting at home waiting for the weekly duty phone call here. Whatever their age they expect to put on their gladrags, go out and enjoy themselves. I loved it.

It was a real wrench to leave Chengdu behind, but it was time to check out of our hotel and board the bullet train.

The whole thing was a masterpiece of engineering, and that was only the luggage transfer. While we toured temples and drank tea, Max, our wonderful Mercury Holidays tour guide, had arranged for three separate teams of porters to pick up our luggage at the hotel, transfer it to the train, collect it at the other end and deliver it to our Xi’an hotel.

It was all included in the price of the tour, and ran like clockwork.

Unfortunately, so did the bullet train. Our cameras were poised ready for the speedometer to hit 300kph, but it didn’t nudge much above 230kph.

But four hours later we were on a transfer bus passing by the Ming Dynasty city wall of Xi’an, a smaller metropolis by Chinese standards. Just 12 million people, steeped in the colourful culture you’d expect from the starting point of the Silk Road trading route.

Local food tends to be hot and sour, and there was no better place to see what was on offer than the Muslim market in Huimin Street.

There are 70,000 Muslims living in Xi’an, and their street food is a big draw for locals and tourists. Squid on a stick is a popular choice.

But the biggest draw, the reason most come here, is the Terracotta Army, one of the world’s greatest ever archaeological finds, unearthed in 1974 by farmers trying to dig a well. 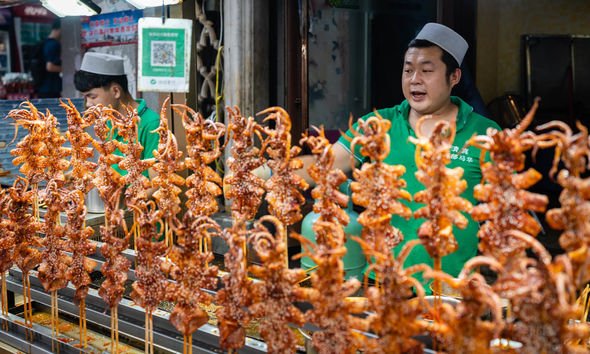 Most of us have read about how China’s first Emperor Qin had thousands of warrior statues built to protect his tomb and guide him to the afterlife.

But nothing can quite prepare you for visiting the site and entering the vast space of pit one, the biggest of three, to see row after row of life-size soldiers, 6,000 of them, lined up in trenches, stretching 750ft into the distance.

There are more in the two smaller pits. Every one is distinct…different ranks, different faces, different jobs. There are cavalrymen, archers, infantrymen and chariot drivers. Some sit on horses, other kneel to aim bows. It’s believed there is even more still buried. Much of the site is yet to be excavated.

To us, it was awe-inspiring. To anyone planning on stopping Emperor Qin’s journey to the afterlife back in 210BC, it must have been terrifying.

So it’s fitting that our next and final stop was Beijing, where China’s modern-day rulers were setting up an equally imposing show of strength for their republic’s 70th anniversary.

The preparations meant the famous Forbidden City of ancient palaces was off limits that week. It was touch and go getting past the checkpoints for a quick stroll around Tiananmen Square. 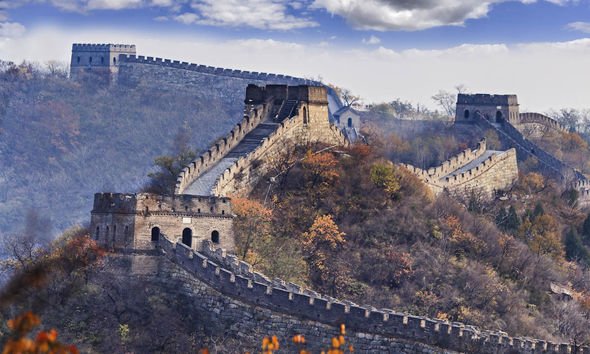 This 109-acre space is impressive enough when it’s not filled with tanks, missiles and massed armies. Home to many of China’s most revered monuments and museums, including Chairman Mao’s mausoleum, it’s where the People’s Republic was founded on October 1, 1949.

But that was more than compensated for by our time at the huge Summer Palace, a gorgeous complex of mansions, gardens and lakes that was home to many of China’s rulers.

Chief among them all was the 19th century ‘Dragon Lady’ Cixi, who could have inspired Cersei Lannister from Games of Thrones – because this was a woman who certainly paid her debts.

Handed to the heir to the throne as a lowly concubine, she ruled through her husband, then her son, and killed many rivals. She is even thought to have poisoned her son and then her nephew, who was imprisoned at the Summer Palace until his death.

It’s hard to believe a place so calm and peaceful was steeped in so much blood, and ironic that its high point is called Longevity Hill. 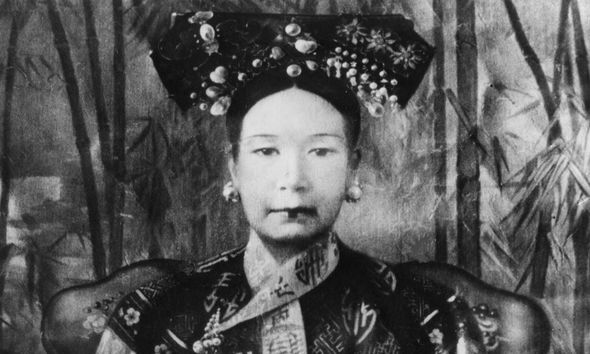 But when it comes to symbols of imperial power, China’s Great Wall takes some beating. Stretching around 5,000 miles, it dates back more than 2,000 years and incorporates the natural defences of rivers and mountains.

Some parts are little more than rubble, others have been so well restored not much of the original remains. And the original was about as effective as Donald Trump’s 21st century equivalent – Genghis Khan just marched around it. And no, he didn’t pay to build it either.

But the millions of soldiers who toiled on the wall certainly did. Their bones are entombed within it.

We visited the Mutianyu section, about 45 miles from Beijing, which was pretty user-friendly. The scenery was spectacular, and the views from its watchtowers were giddying but there was a cable car to get us up there, handrails to grab and a Subway café at the bottom. (Don’t knock it…we’d had Chinese food twice a day for two weeks by that point.)

A few days after getting home, I watched China’s 70th anniversary celebrations on TV – huge armies, fearsome leaders, and a people whose history has taught them, above all, how to endure. I wouldn’t want to live there. But I’m SO glad I’ve seen it.