BEIJING — The word of the day was “adjustment.”

The slowing of the Chinese economy, which buffeted a cruise
industry already feeling the effects of a politically motivated port closure,
bad weather, bad luck and badly-timed bets, has forced those left standing to
reevaluate, refocus and adjust to unexpected market conditions.

At Travel Weekly China’s CruiseWorld on Monday, top cruise
executives, travel agency leaders, port authorities and association chiefs
gathered before a ballroom full of Chinese travel agents to share how they are
reshaping their businesses.

Like much of the Chinese economy, the national cruise
industry seemed to have near-limitless potential five years ago but has today
slowed to about 5.5% growth — respectable in mature cruise markets but
providing returns far below what was expected from previous heavy investments.

Weihang Zheng, executive vice president and secretary
general of the China Cruise & Yacht Industry Association, said media
articles guessing which lines might survive another round of consolidation were
overdramatizing the situation. (In the past 18 months, Norwegian Cruise Line
moved the Norwegian Joy, which had been purpose-built for China, out of the
country. The Majestic Princess — also built for Chinese waters — is now based
there only in the summer. SkySea, a one-ship cruise line that was a joint
venture between Royal Caribbean Cruises Ltd. and Chinese OTA Ctrip, shut down.)

Zheng recommended several steps to respond to changing
market conditions. Although some lines provide high-quality,
destination-focused shore excursions, he said others leave it to travel agents
to package off-ship activities, with the default option being shopping trips. “It’s
not an onshore tour,” he pointed out. “It’s onshore shopping.”

Zheng also suggested that the government institute a star-rating
system to help consumers better understand that they get what they pay for.
Several speakers mentioned that repeat business has been curtailed by the unmet
expectations of early cruisers who assumed they would be getting a glamourous
vacation for cheap, then enduring a budget-level experience. A star system, he
said, would help lines get the pricing they deserve.

One of his recommendations — longer itineraries — was
later supported by Bernie Ye, Costa’s vice president sales and commercial for
greater China and Southeast Asia. He said a 53-day South Pacific itinerary sold
out in five minutes. (Sales were made to passengers worldwide, but Chinese
represented a significant number among those who bought.)

Finally, Zheng advocated for a native-born cruise line,
started with Chinese money. Previous attempts at home-grown lines were low-end
enterprises, offering poor experiences and ending in bankruptcy, he said. Four
Chinese companies have approached him recently for advice about starting such a
line, and he reported that he counseled, “Pay attention to timing.”

Many speakers said they found the downturn to be a time of
opportunity. Royal Caribbean International has not reduced capacity and is
replacing older ships with newer ones. It has abandoned the policy of full-ship
charters to large travel agencies, which had traditionally been standard
operating procedure for all lines in China. Royal Caribbean now sells
individual cabins, small groups and partial charters through agencies, as well
as bringing direct sales up to 20% of total sales, Liu said. 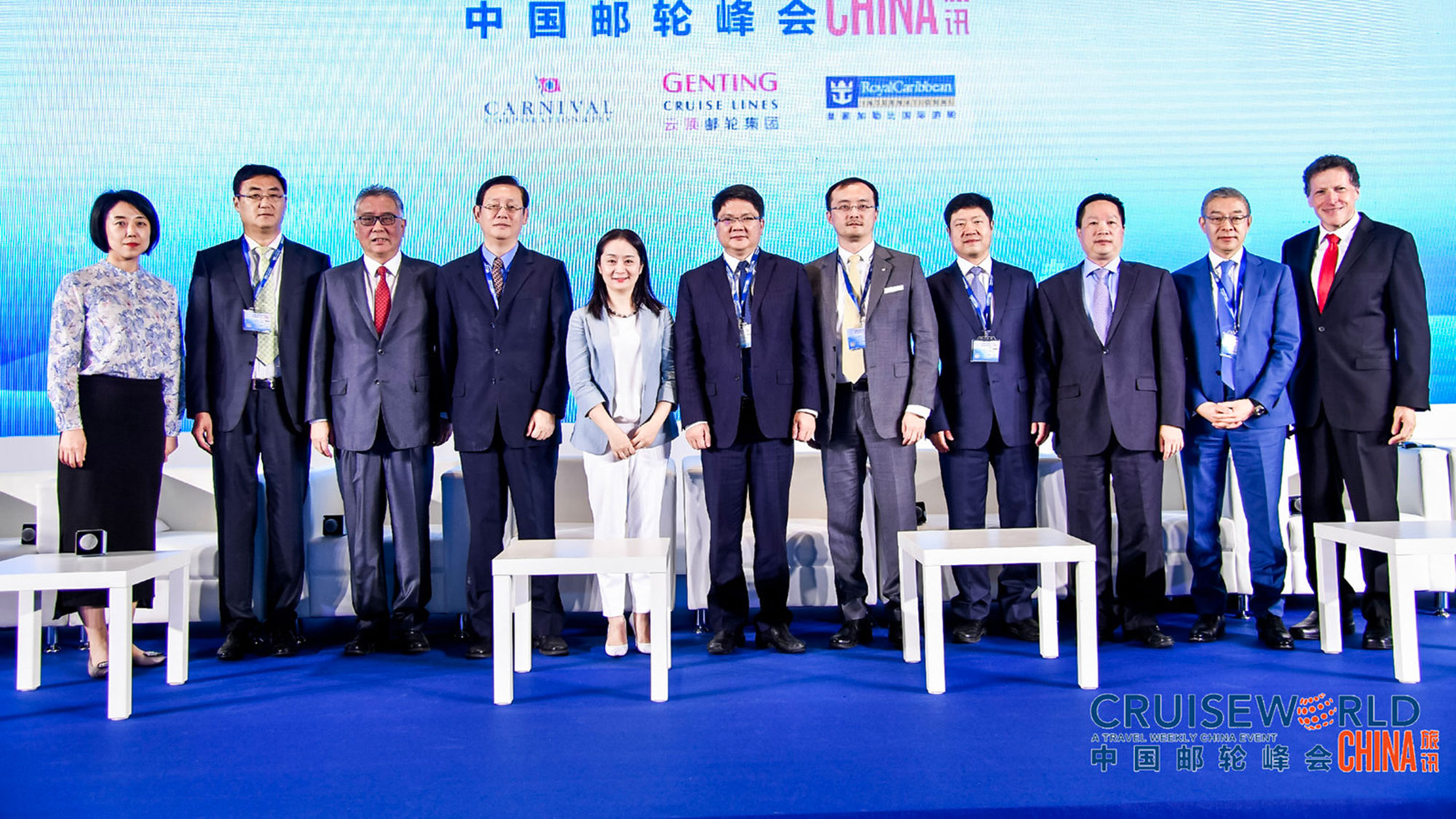 Next year, Costa will deploy the new Venezia to China, and
it will be the cruise line’s largest ship in the market. And Genting is upping the number of
ships from the two lines it has sailing in China, Dream Cruises and Star
Cruises.

Executives from all lines said that they have increased or maintained
capacity, and that their positions have strengthened in the wake of the ships
that have left.

Still, there was agreement that the days are long gone when
a cruise line could take demand for granted simply because China’s middle class
was already as large as the U.S.’s, and growing faster. “Demand must be
driven by us,” Liu said. “We must cater to consumers.”