I was standing in a press of people, shuffling along at the pace of a just-wakened sloth. Around me was bamboo, several storeys high and greenish blue – a beautiful sight that I was struggling to enjoy, in between the busloads of crowds and the stuttering pace.

Every few seconds, someone would stop to take a selfie, cleverly framing the rest of us out, and so we continued, tortuously slow, trudging in fits and starts through the copse of bamboo. I couldn’t get away from them, nor they from me, and I felt my blood pressure rising as another selfie stick threatened to whack me in the face the moment I looked up at the greenery instead of down at the path in front of me.

I had heard great things about the Arashiyama Bamboo Grove in Kyoto. There were beautiful photographs on Instagram, and one of those auto-play videos on Facebook had even featured it as a top place to go to experience “forest bathing,” (shinrinyoku in Japanese). Everything I’d heard about forest bathing suggested that the point of it was the serenity you get from it – but this place was so busy it was stressing me out. 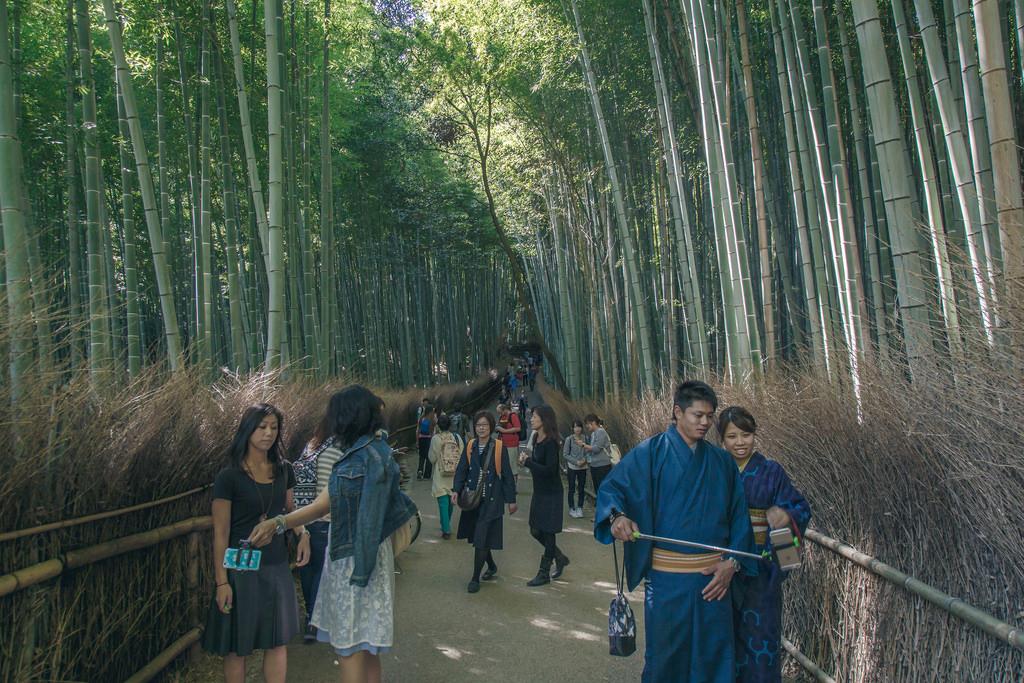 “To me, the word shinrinyoku [is more about] people appreciating the coexistence with nature in silence, so hiking in the busy mountains doesn’t seem [like] shinrinyoku,” says Kozue Oka, director of the non-profit organisation Mirai no Mori (“Future Forest”). Mirai no Mori – an organisation I’ve volunteered for – provides outdoor experiences for children in care. It believes the outdoors has healing properties that children, particularly those facing serious challenges or trauma, can benefit from.

Kazunari Ueda, a hiking guide in Gifu Prefecture, agrees. “Shinrinyoku is taking a walk in the natural [not farmed] forest, experiencing the smell of the trees, listening to the sound of the wind and the voices of the birds, looking at the komorebi,” he says. Komorebi is the dappled light that is filtered through the leaves of a tree canopy. “Shinrinyoku leaves you refreshed, gives a change of scene, and allows you to forget terrible things.”

Ueda’s words are backed up by Japanese government whose agencies tout the benefits of forest-bathing on their websites, citing studies which found that spending time in the woods can boost immune function, reduce stress hormones, and cause you to physically relax.

There’s even a not-for-profit in Japan dedicated to all things forest-bathing called the Forest Therapy Society. It was founded in 2008 by a research group that reviewed studies about the positive health benefits of the forest on the human body.

To date, the society has conducted psychological and physiological experiments across Japan and has certified 62 sites as “Forest Therapy” sites, where participants’ heart rates and blood pressure were measured and shown to be favourable in comparison to urban environments.

The Forest Therapy Society also tries to encourage sites that are barrier-free and accessible to all. “Forest therapy is not about hiking or mountain climbing,” Secretary General Myra Suzuki tells me via email. “Even those who can’t traverse steep and narrow paths can benefit from the forest.” Their aim is for forest therapy to be a part of rehabilitation, she says. 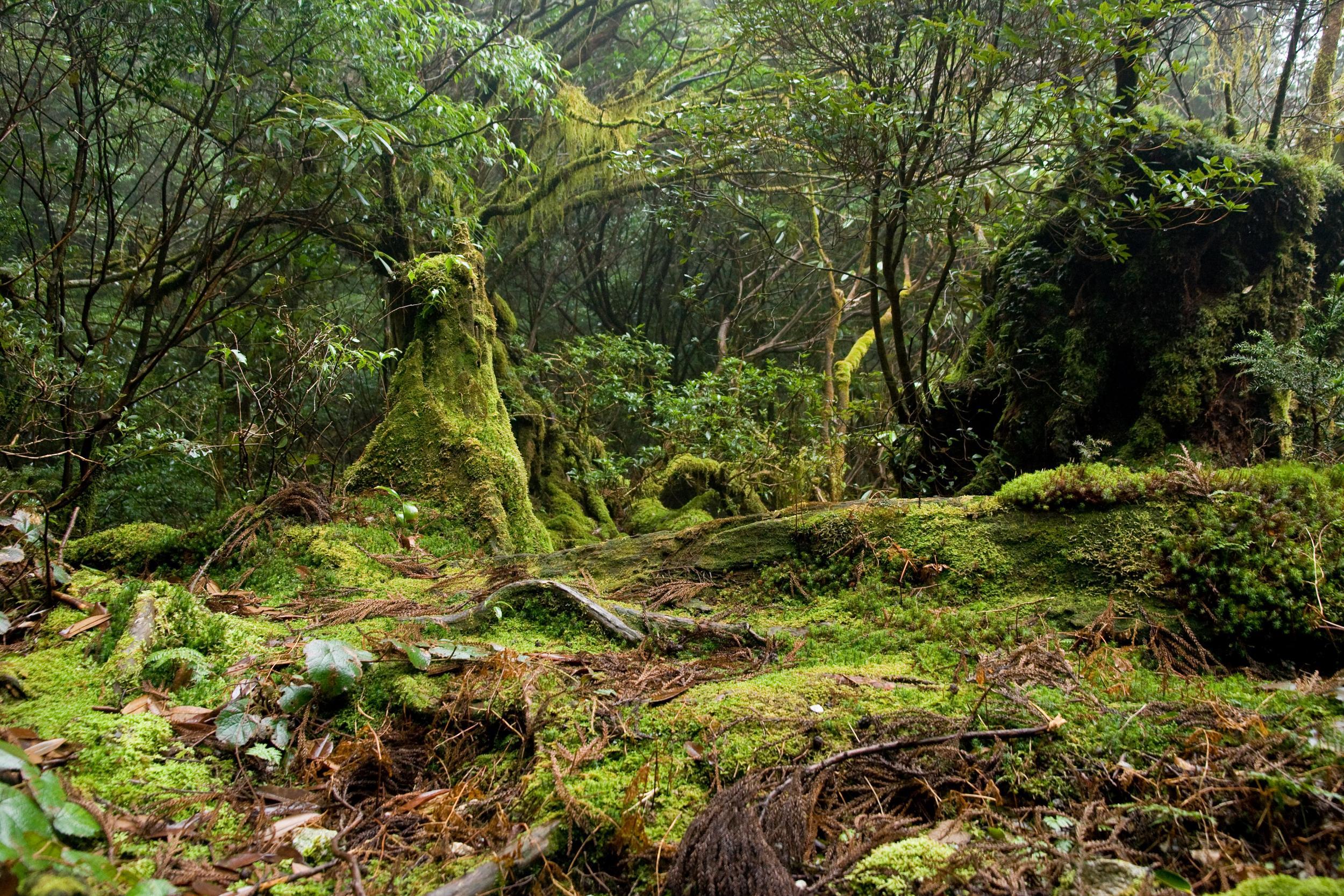 Outside Japan, forest-bathing has been embraced as a hot new wellness trend. You can, if you want, shell out to have a guru lead you in meditation in a pine-scented clearing.

But it doesn’t have to be that complicated: all you need is a forest and yourself. “It’s hard to say what the ‘best’ conditions for forest therapy are,” says Suzuki. “But [rather than] just walking in the woods, we think it’s good to take your time, do some yoga or tai chi. I think that the number one condition for effective forest therapy is that the path taken matches the needs of the person taking it.”

Are there any downsides? “I guess you could meet a bear, or get a spider web on your face,” says Ueda. “And if you don’t have rain gear you could get caught in a sudden downpour.”

Suzuki agrees. “A favourite saying of Japanese guides is, ‘The forest is good for the body, and there are no side effects’.”

Where to go forest bathing in Japan

Although the beauty of some of the most famous forests may have been eclipsed by their popularity, there’s no shortage of sites in Japan. A whopping 67 per cent of the country is covered by forest; outside a few heavily touristed areas, much of it is untrammelled by overseas visitors. 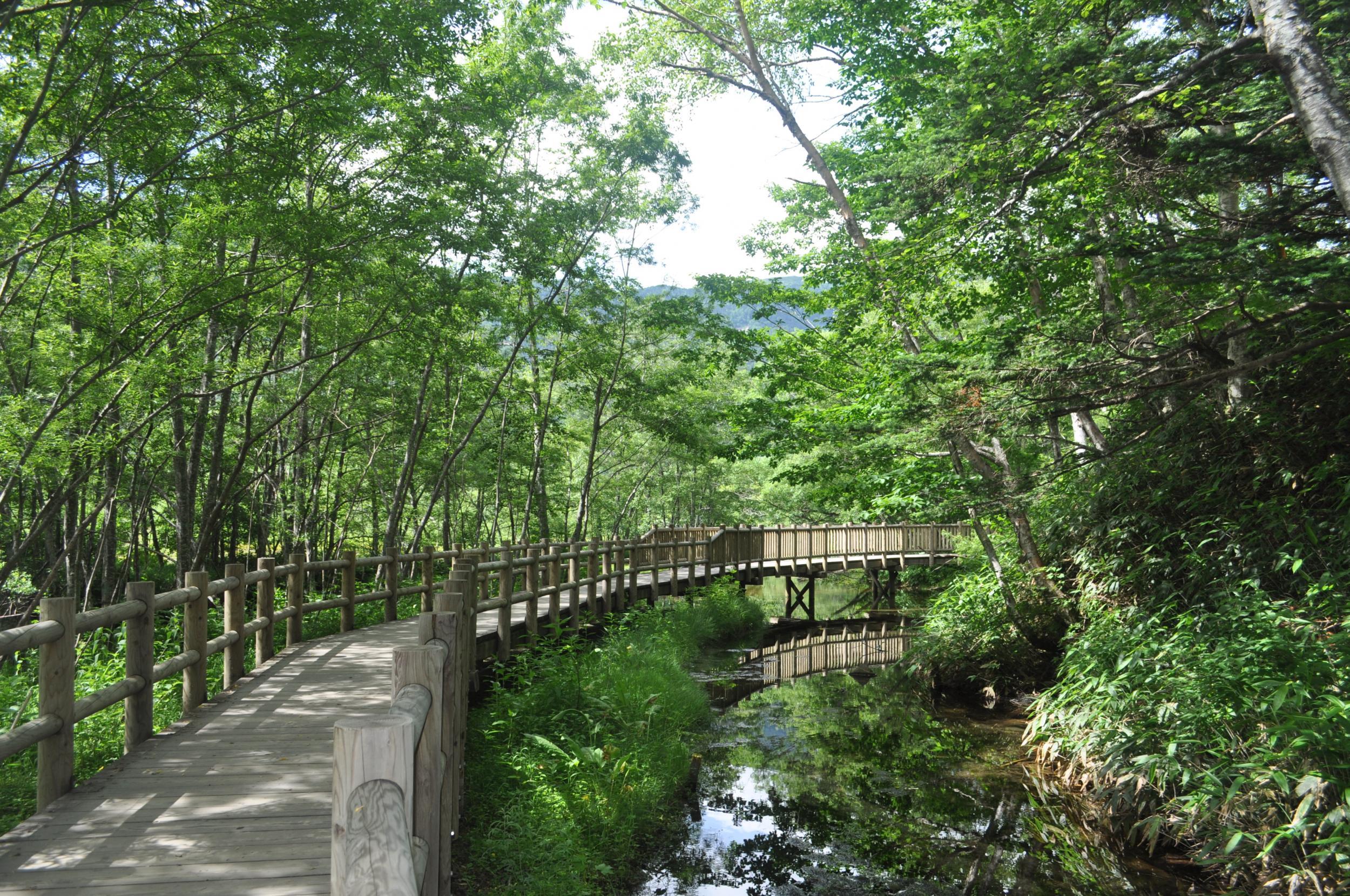 The island of Yakushima, near Kagoshima in Kyushu, is covered in ancient cedars and hundreds of kinds of moss. The mysterious forest served as the inspiration for the Ghibli Studios animation Princess Mononoke.

​Naruko Gorge, in Miyagi Prefecture, cuts a deep cleft through the Ou Mountains. The gorge is a riot of colour in autumn, and in the nearby hot spring town of Naruko Onsen, you can even bathe – for real – in a natural open-air hot spring called Mori no Yu, or “Forest Bath”.

Mirai No Mora’s Kozue Oka suggests visiting the Okutama and Chichibu areas, both within spitting distance of Tokyo but so heavily forested you’ll quickly forget the city.