“When I was 10 years old, I saw a film about the Killing Fields,” Lomorpich Rithy recalls. “I said, OK, that’s a Cambodian-Hollywood film.

“But 15 years later, it’s still all about the Khmer Rouge. Khmer Rouge and Angkor Wat are the only two things that outside people know about us. What about my generation?”

While Angelina Jolie’s First They Killed My Father may have reminded the international community of Cambodia’s heavy history, the nation’s arts still remain unknown to most outside the country.

That’s set to change, however, if Rithy has anything to do with it. Along with her sister and two other friends, she’s the driving force behind the annual Bonn Phum festival, which takes place in a different village each year.

A free three-day celebration of traditional performing arts, games, and food, it grew out of Rithy’s friendship with one of Cambodia’s best known artists, Mann Kosal, who runs Sovanna Phum Arts Association in Phnom Penh.

Kosal established Sovanna Phum, the first independent art association in Cambodia, in 1994. At his small theatre in Phnom Penh, he directs actors and musicians in weekly shows combining music, dance, and Sbek Thom: the sacred art of vast-scale shadow puppetry that dates back to pre-Angkor Wat times, used for tales based on ancient Sanskrit epic the Ramayana. Unesco declared Sbek Thom an “intangible cultural heritage” in 2005.

Not that Rithy knew anything about it back then. “I had zero knowledge about my own country’s art,” she admits. In 2012, when a Japanese exchange programme required her to research her cultural heritage, she went along to a performance. “I remember the darkness and the sound of the drum. Master Kosal started to sing. It was the key to my soul.” Afterwards, she and her sister, Lomorkesor, began volunteering at the theatre.

Over the years, Rithy’s post-show talks with Kosal gave rise to the idea of Bonn Phum. “We talked about a setting for people to sit down and see performances in a traditional environment.” The first festival in 2014 was such a success, the team decided to make it a yearly event.

However, unbeknownst to Rithy, her mentor was growing increasingly desperate. Last year, after 20 years running the theatre, Kosal almost quit to become a tuk-tuk driver. Without government or NGO funding, income from ticket sales couldn’t keep up with rent hikes and expenditure. What’s more, after years of hand carving the 2m-high puppets from cowhide, Kosal suffered from chronic back pain. To pay his hospital bills, he sold his car, then some of his puppets. Finally, he went to the papers and announced his intended change of career. 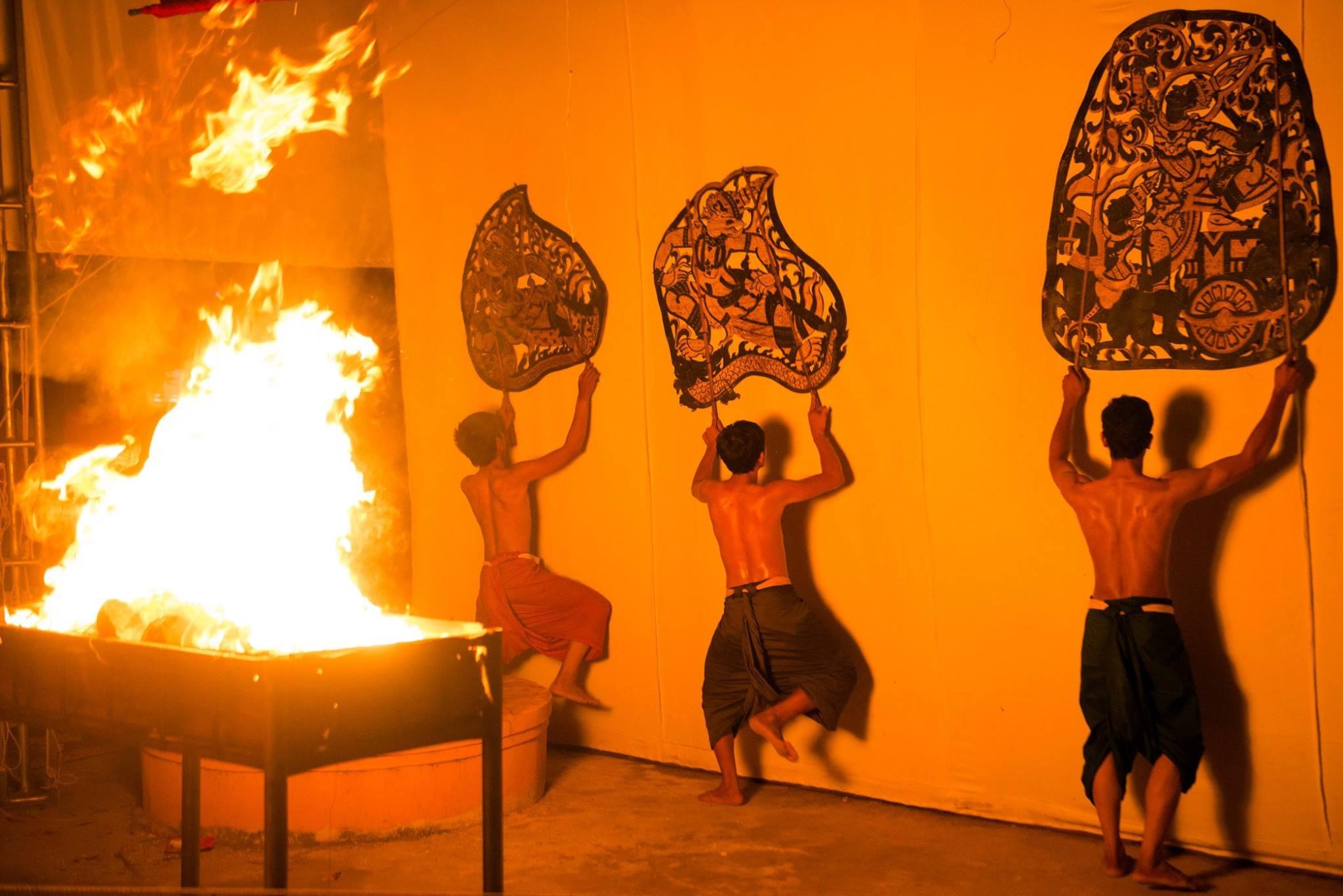 Rithy was in Thailand when her sister called with the news. “I felt like…oh my God, without Sovanna Phum, shadow puppet theatre is going to die,” she tells The Independent. “I knew it couldn’t end like this. I know Master Kosal, and how much he loves the place. I tried to call him but he didn’t answer the phone. He wanted to disappear. It was too much for him to handle alone.”

So she took on his fight. Determined not to let Sovanna Phum close, Rithy and the team behind Bonn Phum launched a Kickstarter campaign, organised puppet-carving workshops and garnered support from Cambodian franchise Brown Coffee. Pop star Tena was even inspired to use Sbek Thom in a music video.

“It was first time we saw the culture of sharing money in Cambodia for art,” she says. “Usually that only happens around religion. We are a country with a lot of culture and art history, but we don’t really value it.”

Though he plays a vital part in conserving Sbek Thom, Kosal tells The Independent that he’s no purist. He welcomes collaboration, for starters, saying, “all types of artists should learn from each other”. He also breaks with tradition by including female performers. It’s “not about gender,” he says; instead his bid to work with women is “questioning why we need to class this and that. There are many classes even within art forms in Cambodia. It’s such a reflection of our society.”

In the planning stages for the fifth Bonn Phum festival due to take place next April, Rithy is passionate about modern Cambodia’s duty to critique itself through art. “We only ever look 1,000 years back and say, ‘We are the sons and daughters of Angkor Wat’,” she says. “But how about now? Who are we now?” The festival, she hopes, will answer that question.

Sovanna Phum Theatre in Phnom Penh has shows every Friday and Saturday at 7pm. The gallery is open 9am-5pm, Monday to Saturday. Workshops and other activities are also available upon request. Contact them through Facebook, or by calling +855 10 33 75 52 to book.

The Bonn Phum Festival takes place every April. The location for the 2018 festival has yet to be announced.