When the weather is muggy or the workload heavy, we often find ourselves wanderlusting for far-flung places across the globe. However, you don’t have to venture away from the UK to enjoy azure waters, golden sand and palm trees.

Premier Inn has put together a list of spots you might be surprised to discover are in the UK.

From Bali-esque flowing waterfalls to turquoise waters, here are some of the best places in the UK to enjoy exotic scenery. 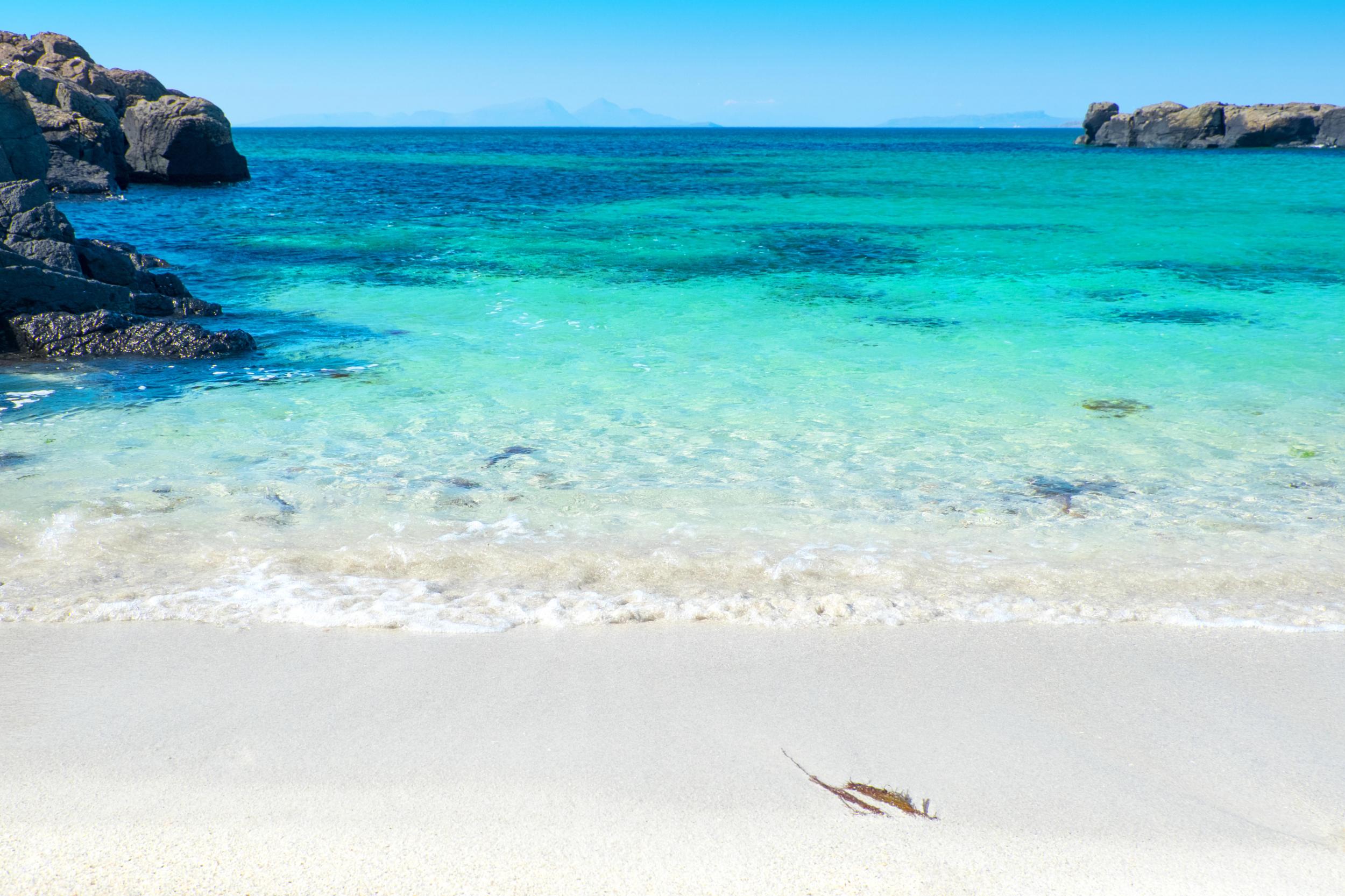 Described as one of Mull’s best kept secrets, Langamull Beach is often heralded as the Mull Caribbean thanks to its white sand.

The 20-minute walk to the beach is secluded, with spectacular views justifying the journey. On a clear day, visitors may be able to see other small islands and Skye. 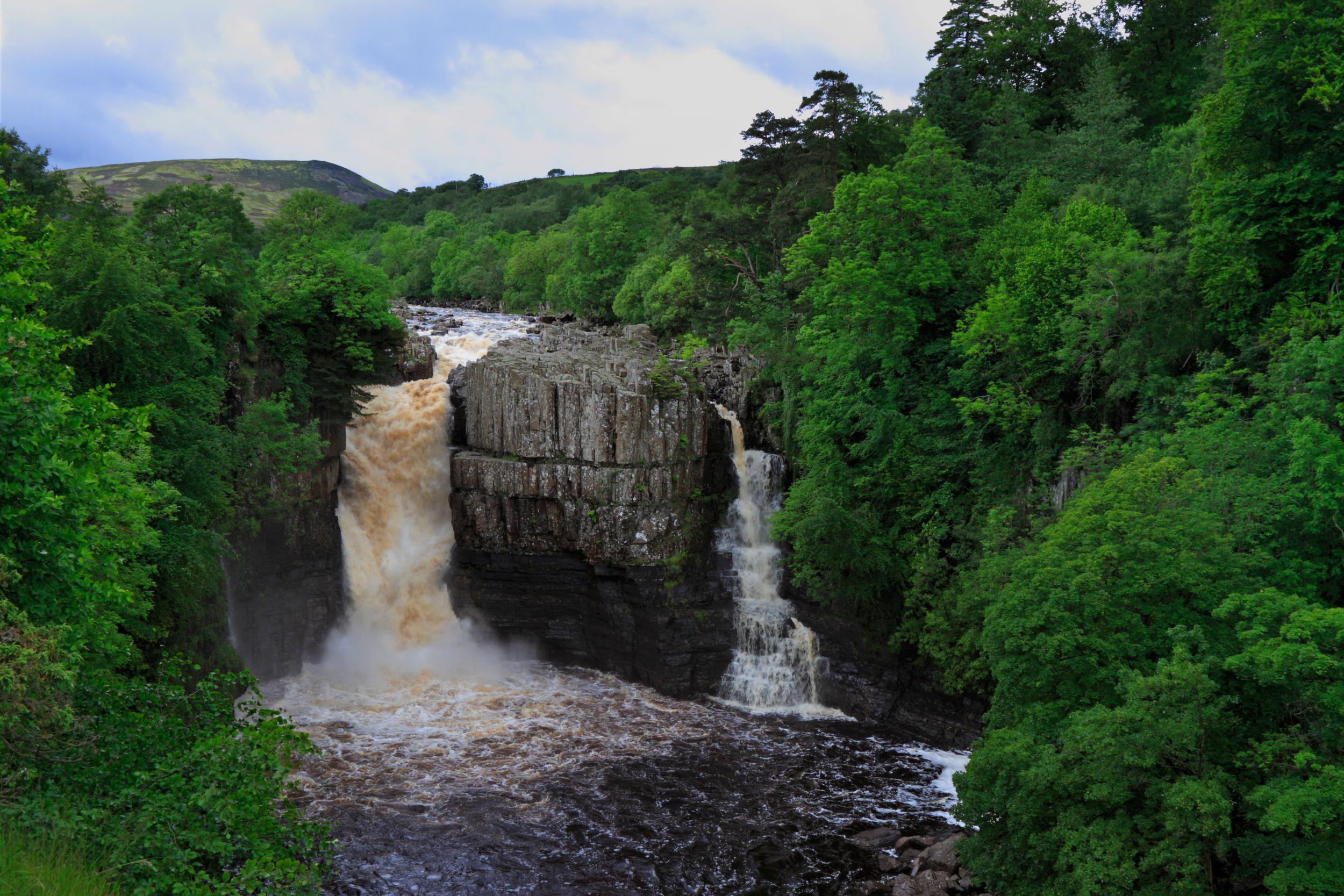 Verdant scenery and fast-flowing waterfalls give High Force the air of a Costa Rican jungle, but it can be found in County Durham.

One of England’s most spectacular waterfalls, it has a 21m drop into the beautiful plunge pool below.

A variety of wildlife and fauna can be seen at High Force throughout the seasons from wildflowers, ferns and towering trees to roe deer and rabbits. 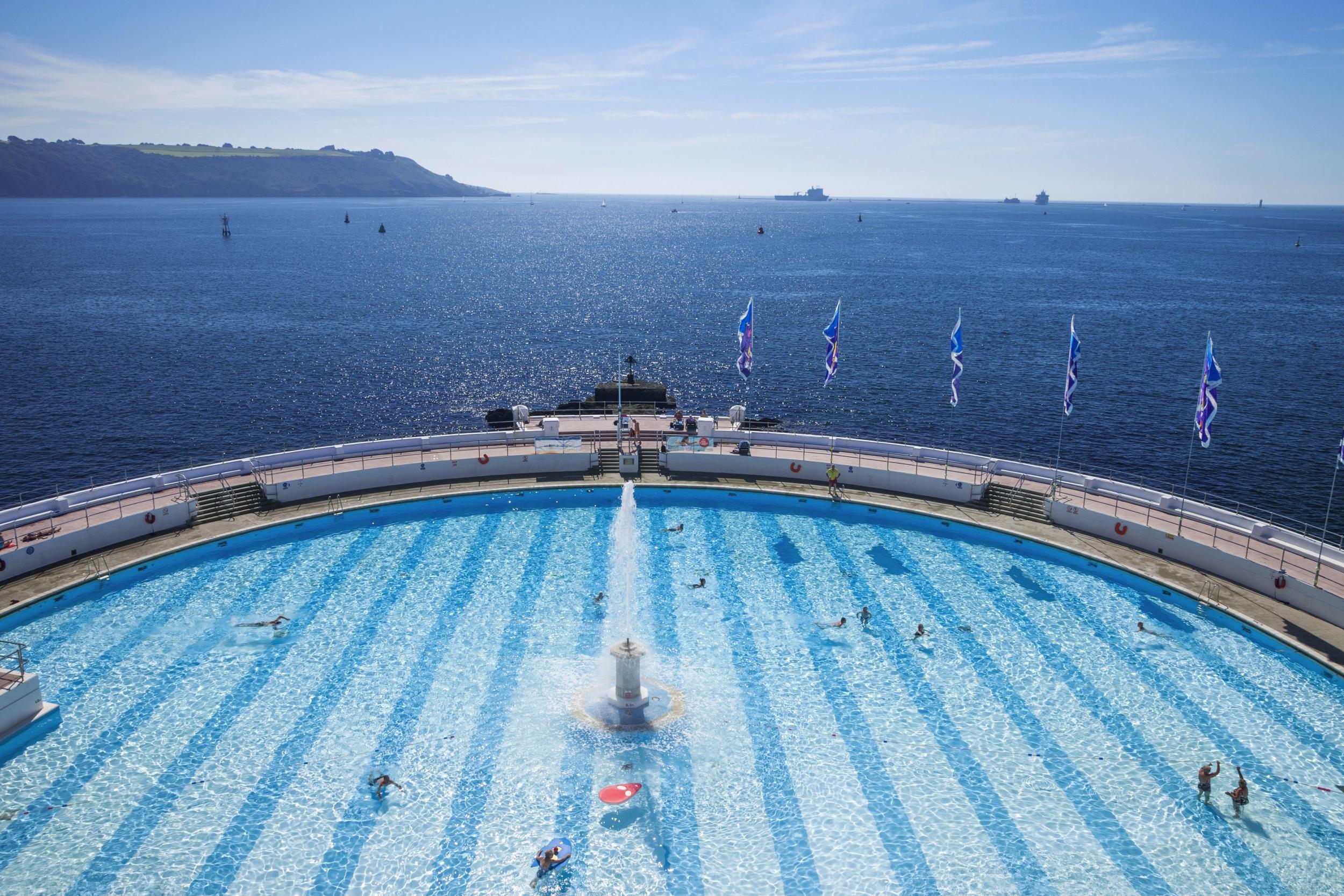 Part of an Art Deco hotel that first opened in 1935, Tinside Lido closed in 1992 but returned after a successful local campaign and attained Grade II listed status in 1998.

Its poolside views are not dissimilar to Sydney’s Bondi Beach, while the salt water swimming pool is a great place to swim and sunbathe in the summer months. 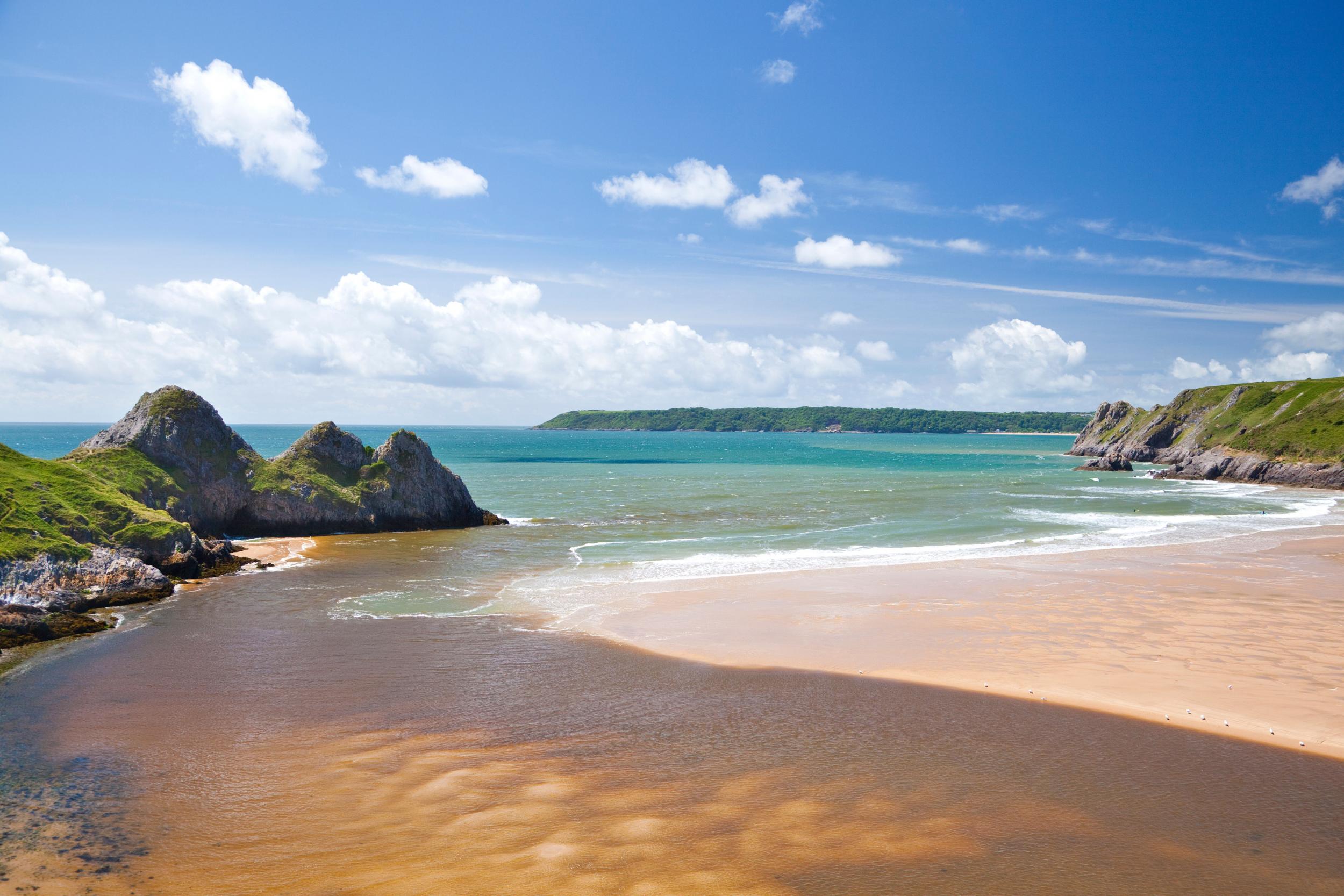 A photogenic part of the Gower Coast Path, it’s an ideal spot for picnics, and is popular for caravaning, glamping and cottage retreats. 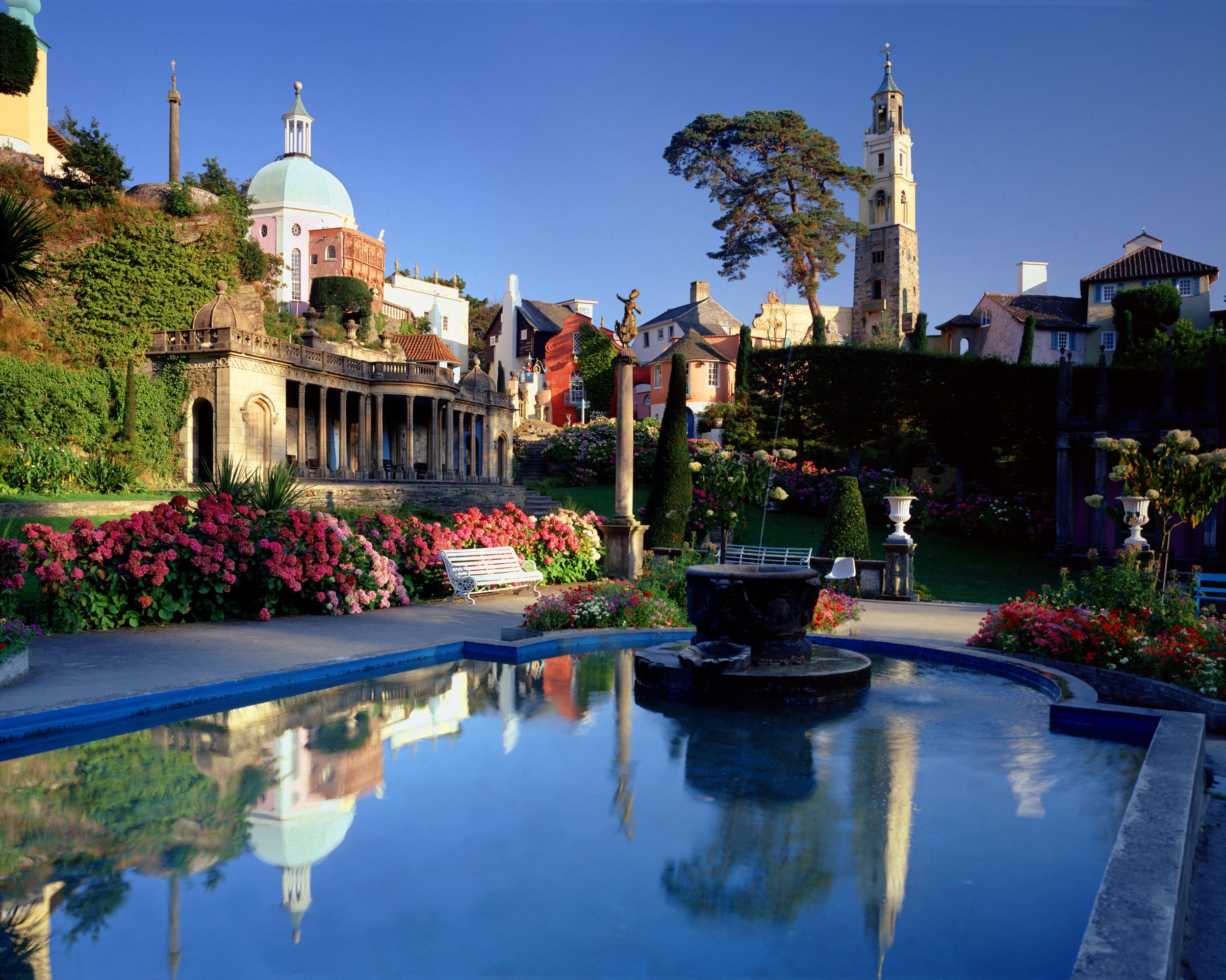 Designed and built in the style of an Italian village by Sir Clough William-Ellis between 1925 and 1975, Portmeirion is one of the most unique villages in Wales.

While it may be located in Gwynedd, North Wales, rather than the Mediterranean, Portmeirion still attracts visitors in their droves due to its scenic beauty, boutique hotels and excellent restaurants.

Meanwhile, Festival N°6, a yearly music and art extravaganza, has taken place in the town since 2012, with performers including the Liverpool Philharmonic, James Blake and Hot Chip. 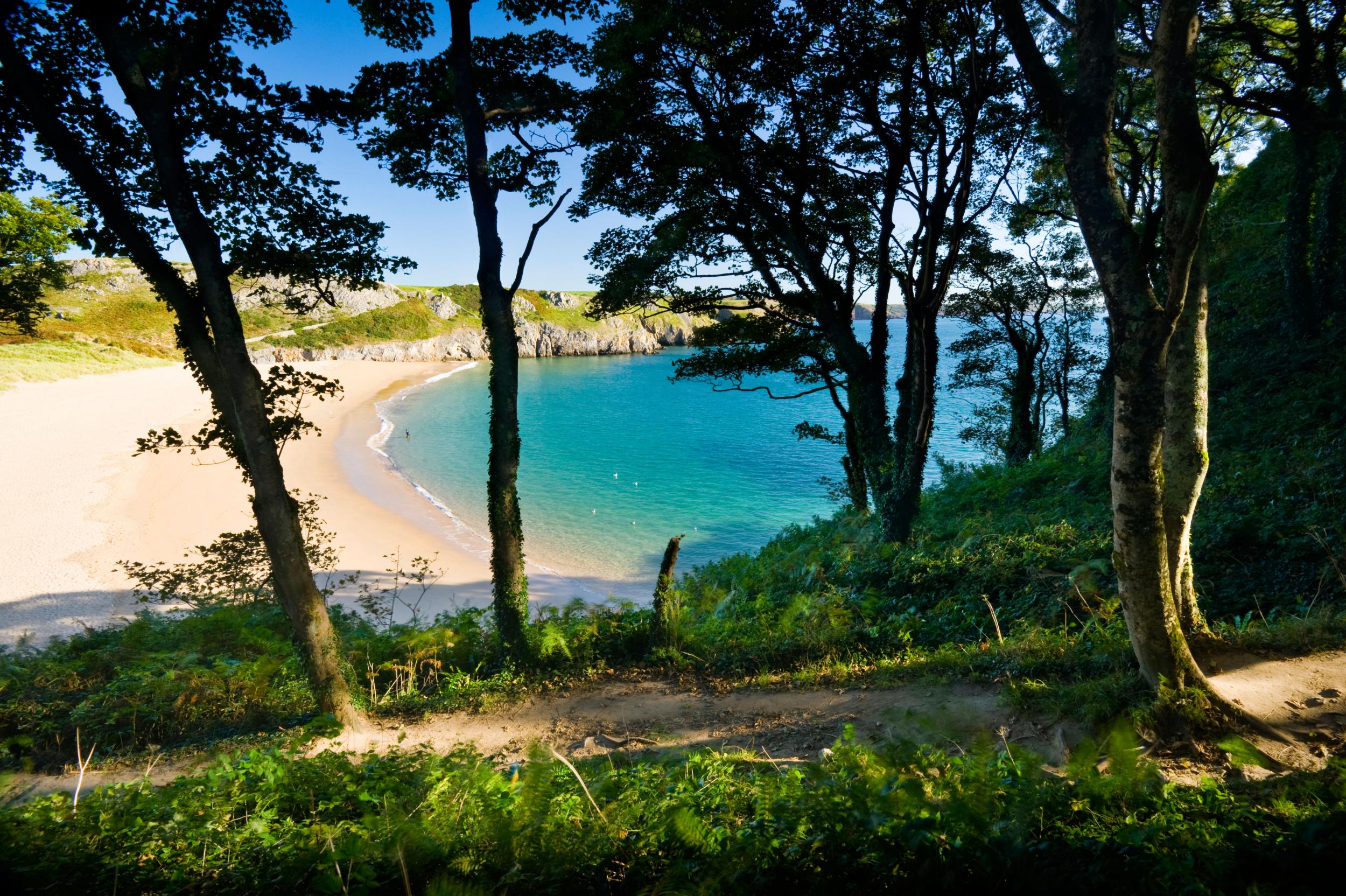 Near to the village of Stackpole in Pembrokeshire, Barafundle Bay is nestled between cliffs and is reminiscent of a secluded bay on a Greek island.

Once owned by the Cawdor family of Stackpole Court, the beach is now open to the public and has previously made the list of the top 12 beaches in the world, while the Good Holiday Guide also named it the best beach in Britain.

With sand dunes and pine trees, the beach is accessible by a half-mile walk from the nearest car park and offers a secluded, scenic retreat from the hustle and bustle of daily life. 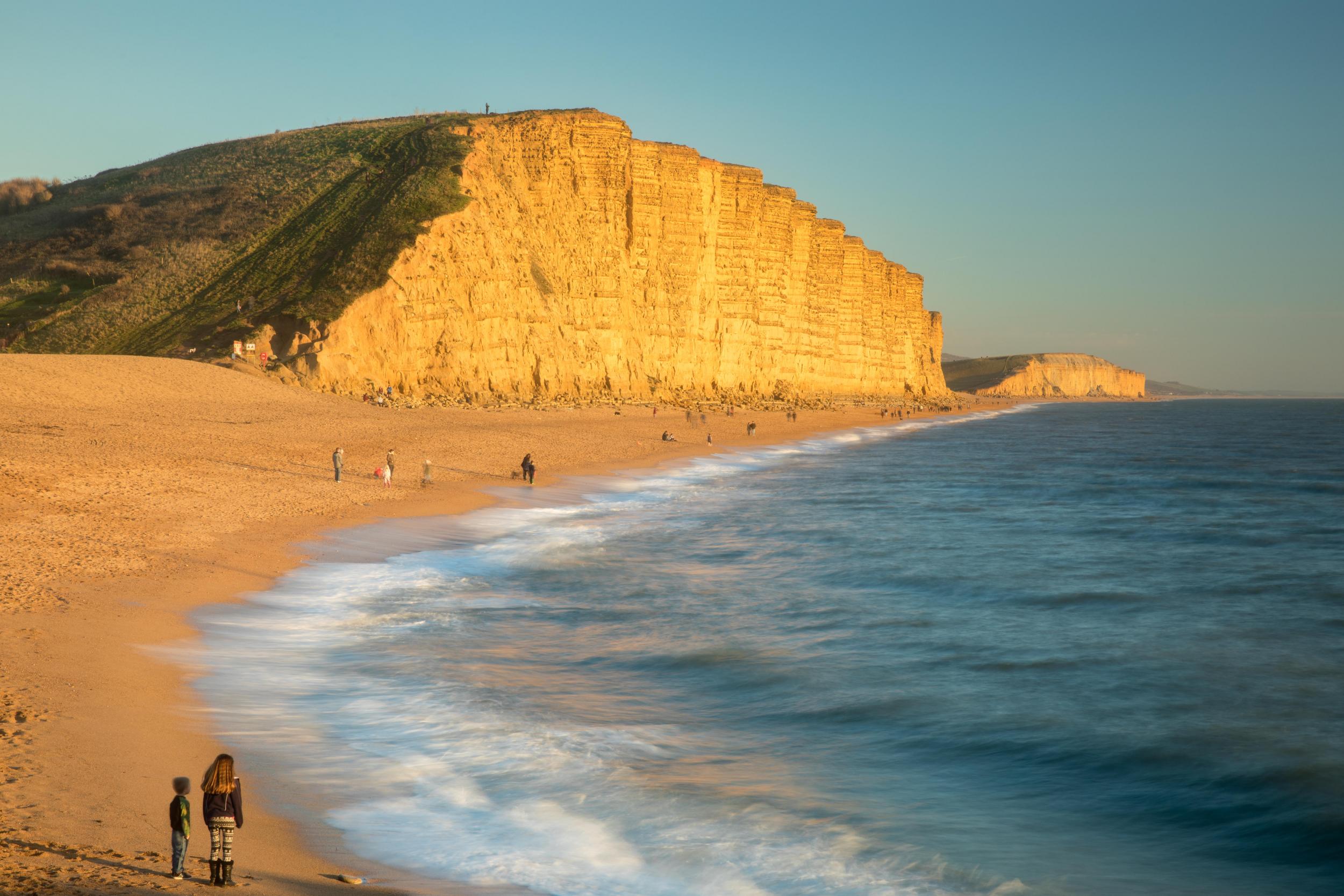 With towering orange cliffs and beautiful clear waters, West Bay in Dorset is reminiscent of the Algarve.

With its seaside location, it’s ideal for family holidays and coastal walks, while the nearby market town of Bridport has a burgeoning reputation for culture and food. 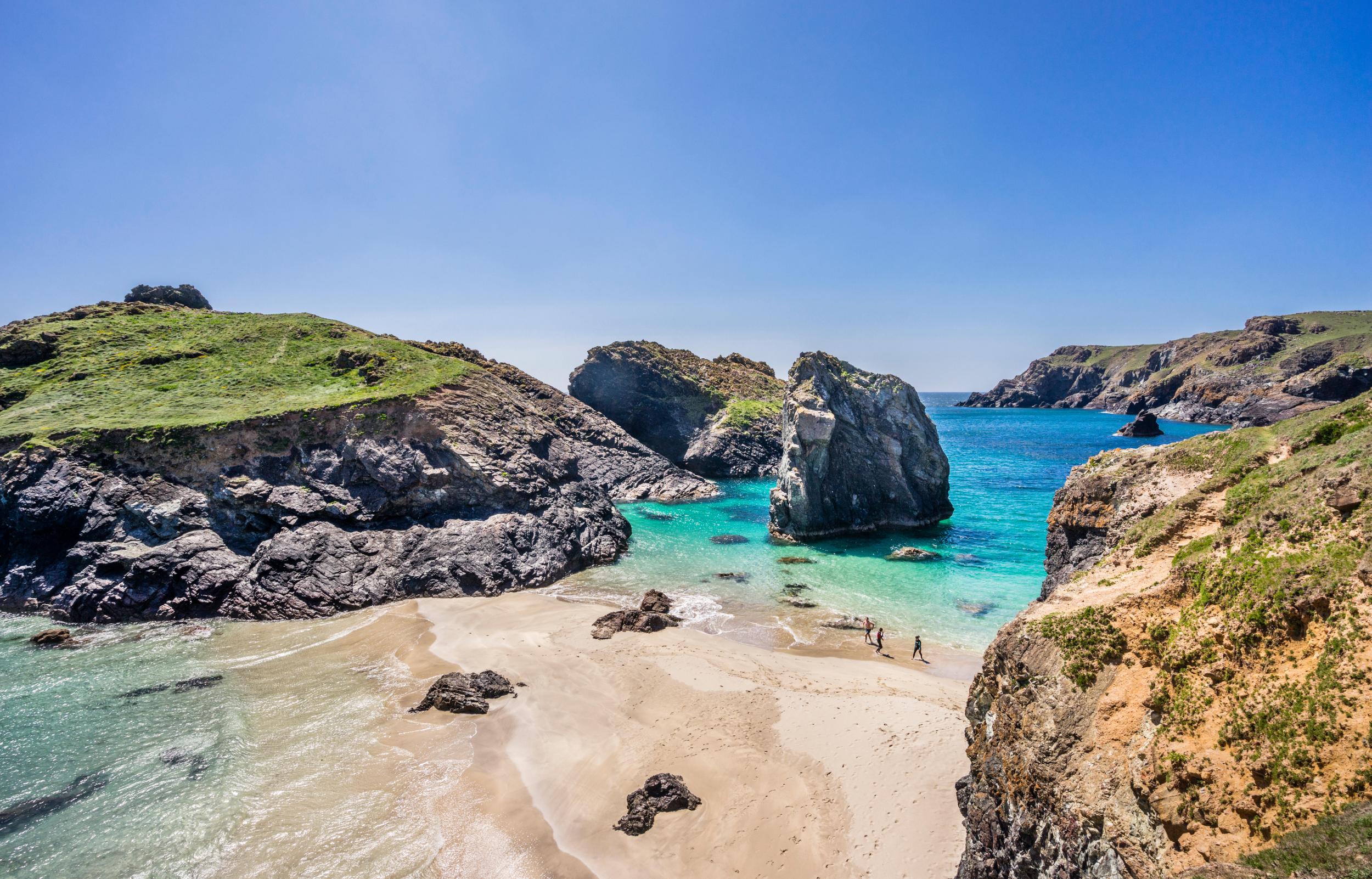 Cited as one of the most photographed and painted locations in Cornwall, with beautiful white sand and blue sea, Kynance Cove wouldn’t look out of place on a Sardinian postcard.

A landscape painter’s dream, the contrast between the cove’s white sand beach and the dark red and green serpentine rock is breathtaking.

At low tide there are plenty of sea caves and islands to explore and its rock-towers were featured in BBC One’s Poldark. 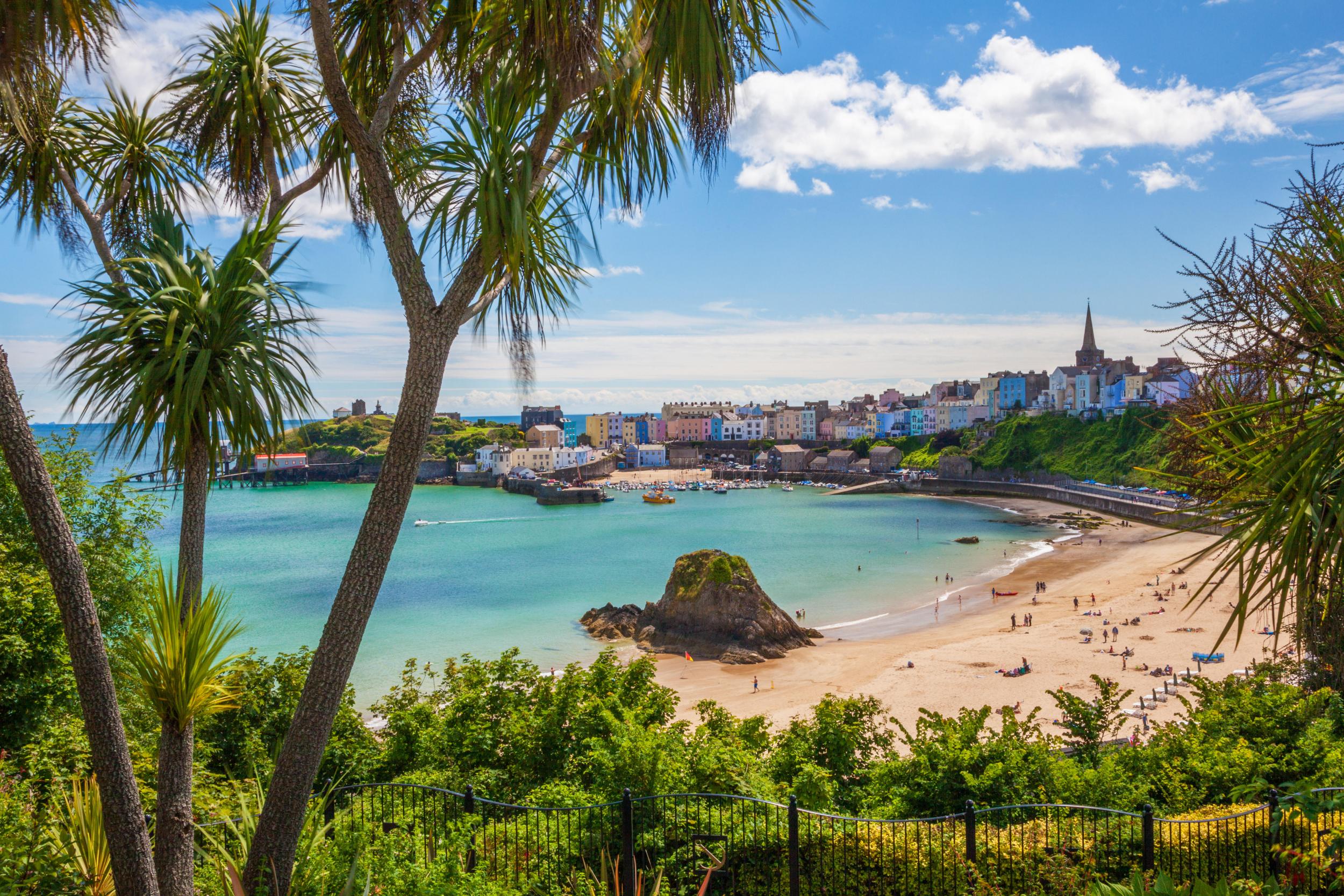 There’s something Balinese about Tenby, with its palm trees, golden sands, blue seas and colourful buildings.

A seaside tourist town for over 200 years, Tenby is steeped in history and surrounded by a medieval wall.

It’s also home to three beaches; North, South and Castle. North is popular for watersports, Castle its spectacular views and South beach for its almost two-mile stretch of golden sand. 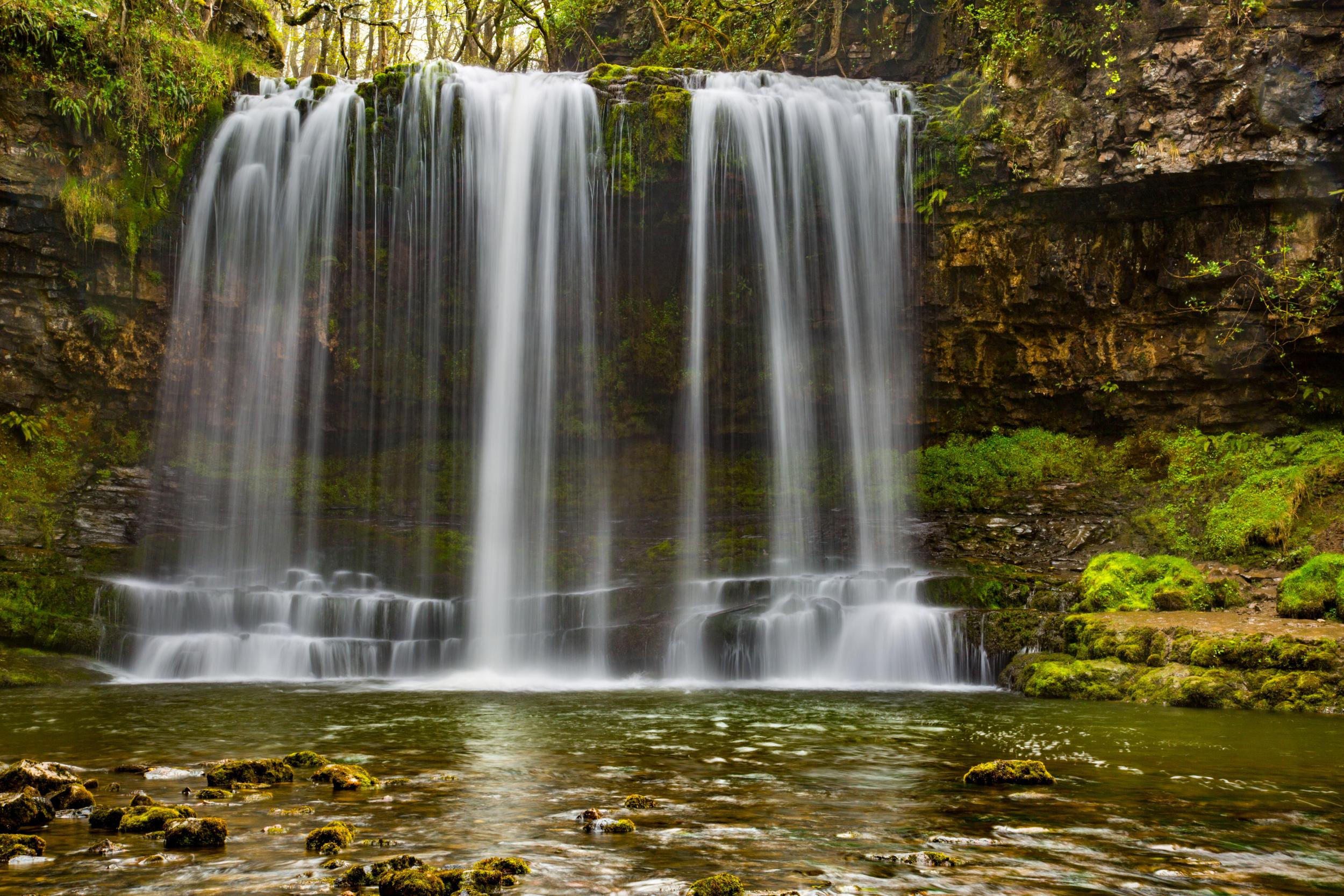 Sgwd Yr Eira waterfall may look like a Thai selfie-spot, but is actually found in the Melte Valley in Wales’s Brecon Beacons.

Translated literally as “fall of snow”, visitors can walk behind the curtain of water on a path forged by sheep farmers, which makes for the perfect photo opportunity.