Disney has revealed it is to axe its famous fireworks display at its Epcot theme park in Florida after almost 20 years.

Since 1999, guests at the attraction have been treated to colourful fireworks, music and fire torches as part of the nightly IllumiNations: Reflections of the Earth display.

But from next summer, the performance will be scrapped in favour of a new show that will be performed on Epcot’s World Showcase Lagoon. 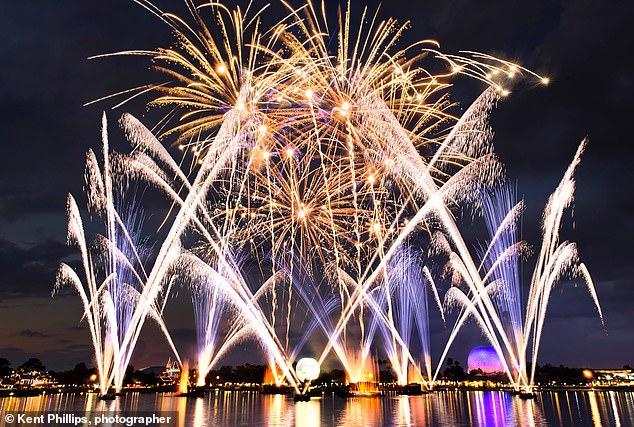 Disney has revealed it is to axe its famous fireworks display, IllumiNations: Reflections of the Earth (pictured), at its Epcot theme park in Florida after almost 20 years

The Walt Disney World Resort confirmed the end of the IllumiNations show in a statement but added that it was already ‘busy creating new thrills to debut immediately following the conclusion of IllumiNations’.

The statement added: ‘IllumiNations: Reflections of Earth, which is currently planned to run to the end of summer 2019, has entertained millions of guests since it debuted in October 1999 as part of the Walt Disney World Millennium Celebration.

‘During the coming year, guests will have plenty of time to experience the nighttime spectacular again and again as excitement builds for what’s next.’

The Walt Disney World resort says that over the coming years, Epcot is set to undergo a transformation with new experiences added to the park.

One is the highly anticipated Guardians of the Galaxy roller coaster and an attraction based on the cartoon film Ratatouille.

Epcot is the second of four theme parks that form Walt Disney World in Florida. It is described as a celebration of human achievement, technology and international culture. 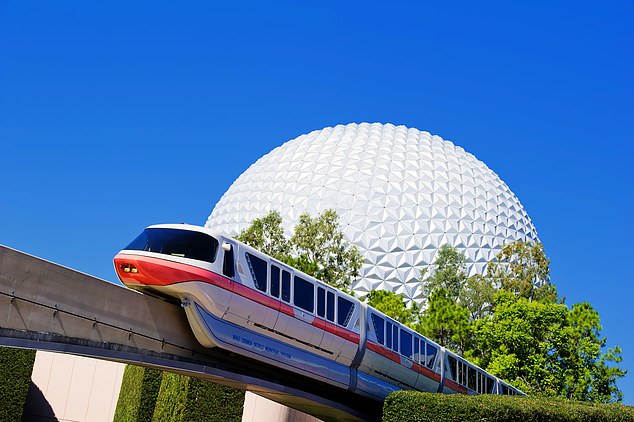 Epcot is the second of the four theme parks that form Walt Disney World in Florida. Pictured is the spaceship earth attraction at the park

It opened in 1982 and is an acronym for Experimental Prototype Community of Tomorrow – a utopian city said to have been planned by Walt Disney himself.

There are two areas within the park, Future World and the World Showcase.

Future World has attractions and rides that focus on exploring the earth, the environment and space.