Hotels in Barcelona have seen income plummet by 20 per cent in August with a rise in ‘tourismphobia’ being blamed.

Hotel owners are now calling for urgent action amid fears that the Spanish city is losing its tourist identity.

Barcelona has seen negative international publicity caused by various attacks and demonstrations, including holiday coaches being held up by protesters. 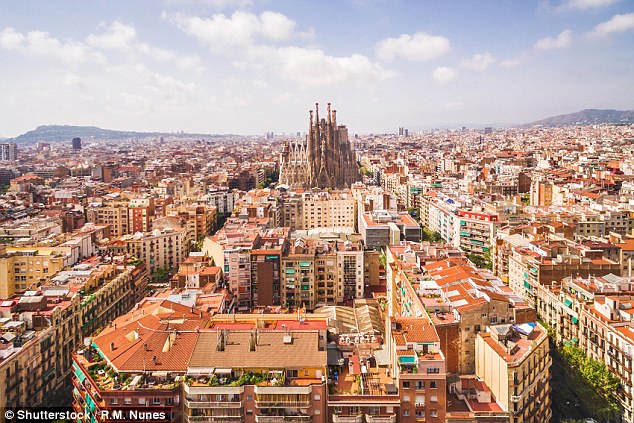 Hotels in Barcelona, pictured, have seen income plummet by 20 per cent in August with a rise in ‘tourismphobia’ being blamed

But the Hotels’ Association says other factors are to blame as well, such as the surge in illegal lettings, posters and graffiti mocking Brits who are injured or killed ‘balconing’, warnings about possible terrorist attacks, dirt on the streets and ‘an increase in uncivil attitudes’.

Occupation in August was 88 per cent, down one per cent and the average room price saw a major fall of 19 per cent to 135 euros, which meant income was down 20 per cent.

Jordi Clos, president of the Barcelona Hotels’ Association, has likened the present situation to ‘a cold which needs curing before it becomes pneumonia.’

He told Hosteltur.com that Barcelona’s reputation was taking a severe knock and it was time to totally rebrand the city.

Mr Clos said: ‘You do not have to invent anything, all you have to do is manage the city well with a strategy and a clear and ambitious project, imposing a change of criteria with respect to the tourism and leisure sectors.

‘Barcelona has to generate a high quality offer, trying not to increase the low-level tourist offer.’

An official plea has already been made to Barcelona City Council whose mayor, Ada Colau, also came under fire for ‘negative positioning’.

The hotel association says attacks associated with mass tourism had led to international headlines such as ‘How tourism is killing Barcelona’ and had spread as far afield as New Zealand. 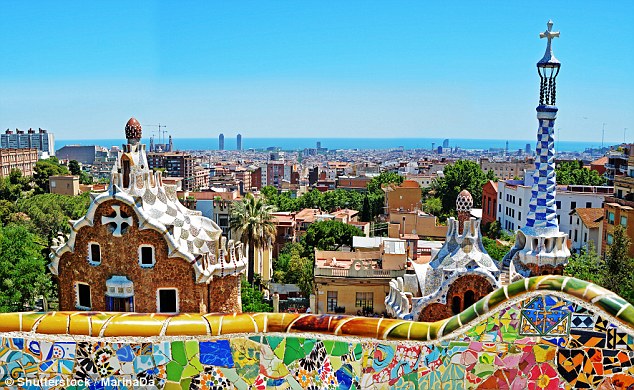 In July, two members of the youth organisation Arran stormed a tourist coach when it stopped outside the Olympic village and hung a huge sign saying ‘Stop mass tourism in the Catalan countries’.

This echoed a similar incident last summer when masked protesters held up two more buses, frightening holidaymakers so much that they thought it was a terrorist attack.

Tyres of tourist rental bikes were also slashed last summer, a hotel reception was stormed and extensive damage caused, other holiday coaches were pelted with eggs and locks of businesses linked to tourism were super-glued.