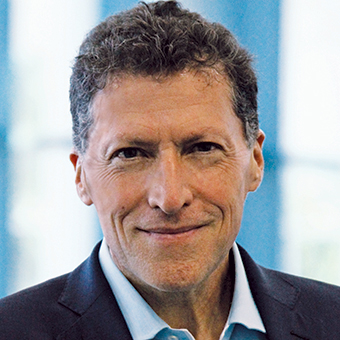 Let’s hope this doesn’t become an annual September ritual,
where we wait in dread to see what havoc superstorms will wreak around the
world.

It was a year ago this month that the Texas Gulf Coast and
the Caribbean were punched hard by hurricanes Harvey, Irma and Maria. And now,
12 months later, Florence in the Carolinas and, across the Pacific, Manghut.

In the short term, critical needs are addressed by humanitarian aid groups.

The second stage, recovery, presents a different set of challenges. The disaster attaches a stigma that keeps tourists away long after a destination is ready to receive them. Tourism workers — many traumatized — find the source of their livelihood shut down. Long after media attention has drifted elsewhere, tourism workers face challenges.

Areas inundated by Florence in the Carolinas and from
Typhoon Manghut in east Asia are still in the early acute phase, but in
assessing what the recovery phase might look like, perhaps we can benefit from
what we learned over the past 12 months. Last year, as the impact of Harvey on
Texas/ Gulf Coast became clear, Tourism Cares, the industry nonprofit, began
exploring how to assist during the second stage.

I’m a director of the organization and was on its Global Committee, along with USTOA CEO Terry Dale and Malia Asfour, director of the Jordan Tourism Board, North America. Together with former Tourism Cares CEO Mike Rea, we formulated a strategy to raise funds for recovery.

Little did we know that shortly afterward, we’d expand efforts to include portions of the Caribbean.

We created a Destination Disaster Recovery Fund and reached out to the travel community. You might have received an email from me then, asking for your support.

The goal of Tourism Cares isn’t to duplicate or replace industry efforts or foundations but rather to complement and amplify travel-related philanthropy. Many travel companies that have foundations are deeply involved and active in Tourism Cares.

The organization raised more than $380,000. In the spirit of gratitude and transparency, I’d like to share with you how that money was spent, what was accomplished and what Tourism Cares is still doing.

Understanding that those close to the ground are in the best position to help ensure that funds are put to use efficiently and effectively, we hired a consultant to vet local nonprofits and potential recipients. We also worked closely with the Caribbean Hotel and Tourism Association and the Texas Travel Industry Association.

“Build back better” was the guiding principle to evaluate potential recipients. We wanted not just to rebuild, but to help make the destinations come back stronger.

To date, more than half the money has been granted, and needs continue to be assessed. Here is how the first phase has been spent:

In Texas, the money went to:

For more information about Tourism Cares and what it has done in the Caribbean, Florida and Texas, visit Tourismcares.org. You’ll find that recovery relief is just one aspect of how the group helps the industry in the U.S. and abroad.

As an industry, tourism is stronger ever, but as the news
over this past week has reminded us, events that can impact it are
unpredictable. If you’re not already a member of Tourism Cares, consider
joining. It’s an effective means to give back to the people and places that
have given so much to us, personally and professionally.