Qantas is scrapping on-demand music and radio channels from its in-flight entertainment systems on domestic flights.

The Australian flag carrier said the decision came after a review found just 10 per cent of passengers were listening to the songs and radio channels.

But some Qantas passengers are unhappy with the changes and have pleaded with the airline to reconsider its decision. 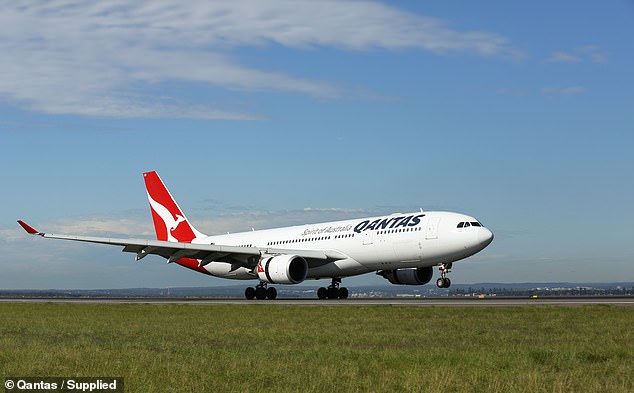 Music and radio channels will be scrapped on Qantas Boeing 737s and Airbus A330s that have seat-back screens. However, the airline did confirm that podcasts and audiobooks would still be available.

The airline explained that the decision was made due to the majority of passengers wanting to listen to music using their own devices.

Qantas is aiding those passengers by rolling out in-flight Wi-Fi, which allows music to be streamed on phones and tablets.

An airline spokesman told MailOnline Travel: ‘Following a comprehensive review of our in-flight entertainment offering, radio and on-demand music is no longer available on our domestic aircraft with seat-back screens.

‘Our research showed on average less than ten percent of customers per flight were tuning into the radio and music channels. It also indicated that many passengers on both domestic and international flights bring their own device with music already downloaded. ‘On domestic flights, the large majority of customers are tuning into premiere movies and TV box sets, so that is where we are investing and continuing to grow our film and TV library.

‘We will continue to offer our full library of radio programs and on-demand music albums on international services. Podcasts and audiobooks are still available on domestic flights.

‘We have exclusive offers with Apple Music for our customers to download their favourite songs. They can be redeemed through the Qantas App or on domestic flights with Wi-Fi.’

But taking to Twitter, Qantas passengers called on the airline to reconsider the move.

Clancy Bennett tweeted: ‘I’ve had times where during stressful landings the albums available have made a huge difference! Axing it is a real shame.’

And Andrew Lund added: ‘What a shame. One of the things I’ve enjoyed most flying @qantas is listening to the in-flight radio programs.’

While ‘lee kangaroo’ wrote: ‘@Qantas please reconsider scrapping your music off your entertainment menu. New technology might be great however it’s us older folks who purchase airline tickets that are technology challenged. It’s the main ingredient to block out screaming kids.’

The Qantas move follows a recent trend of some airlines deciding not to invest in seat-back entertainment screens on aircraft.

Both American Airlines and United Airlines have started to eliminate the screens in order to cut costs.

Last year, American said that 90 per cent of passengers were already bringing phones or other devices with them, where they could either stream or watch or listen to pre-downloaded content.