The world’s most precariously placed buildings, from cliff-edge towns to monasteries perched on rocky columns

If you don’t have a head for heights, these pictures might give you sweaty palms.

That’s because they show some of the world’s most precariously perched structures – monasteries, temples, churches, castles and houses placed on rocky outcrops and cliff edges by builders with nerves of steel.

Some are so inaccessible that only those with a jet pack or serious rock climbing skills can visit.

Amazingly, some of the buildings featured here have stood strong in the same place for hundreds and even thousands of years, despite their seemingly hazardous locations.

One of the oldest most precariously perched buildings is the Hanging Temple of Shanxi, which was built into a cliff face in China in 491.

Other surely-that’s-not-safe structures include the chapel of Saint-Michel d’Aiguilhe near Le Puy-en-Velay, in southern France, which is built on a volcanic plug, and the Monastery of the Holy Trinity perched high on top of a rock in Meteora in central Greece. Scroll down – and hold on! 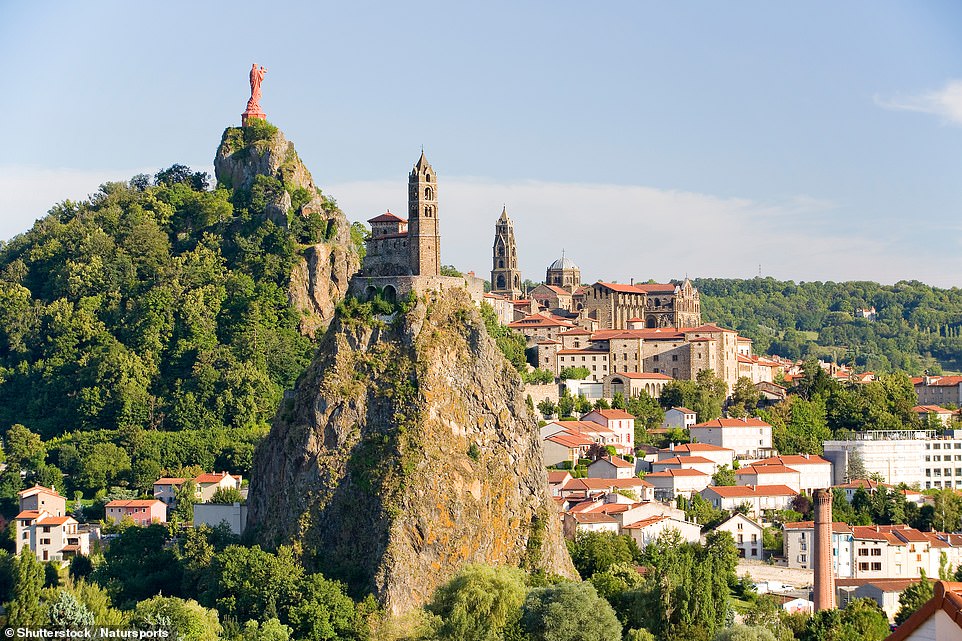 The chapel of Saint-Michel d’Aiguilhe near Le Puy-en-Velay, in southern France. The building is over 1,000 years old and stands on a volcanic plug 280 feet tall. The chapel can be reached by climbing 268 steps carved into the rock 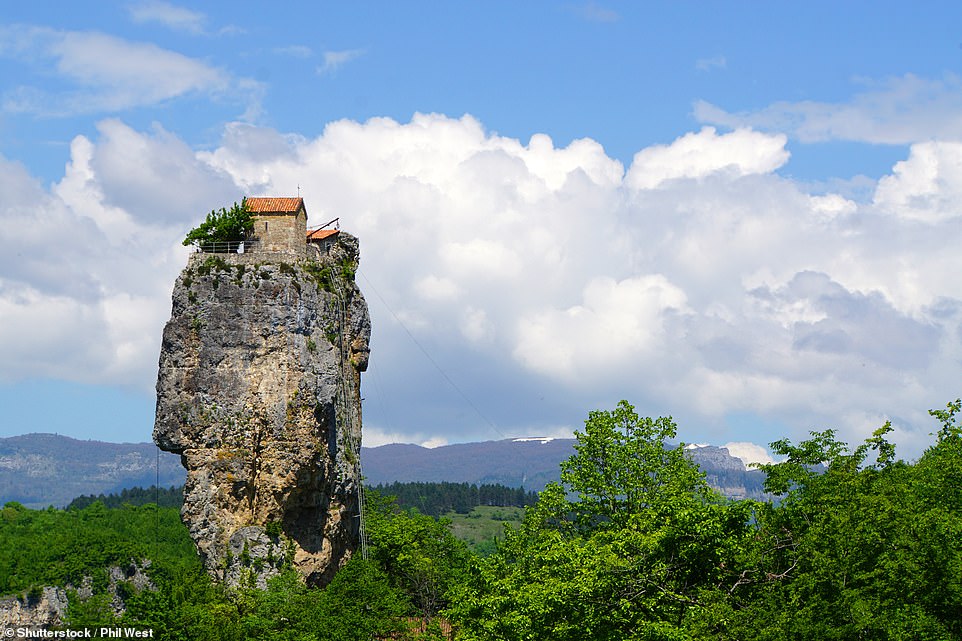 Behold this incredible church, which stands on top of the 130ft-high Katskhi Pillar in Georgia. For centuries locals could only look up at the mysterious ruins at its summit. Finally, in 1944, a group led by the mountaineer Alexander Japaridze made the first documented ascent of the pillar and discovered the remains of the chapel. Only those who are invited are allowed to scale the rock to reach the top 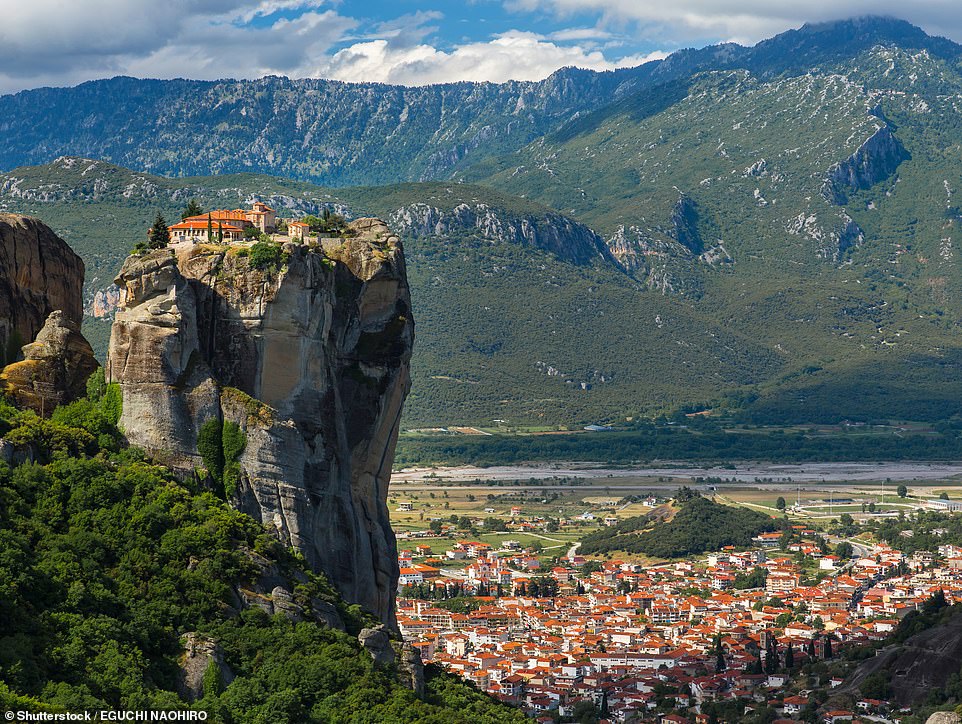 Meteora in central Greece is home to several stunning, precariously perched monasteries. This one, The Monastery of the Holy Trinity, was built in 1392 and featured in the James Bond film For Your Eyes Only. It can be accessed via 140 steps 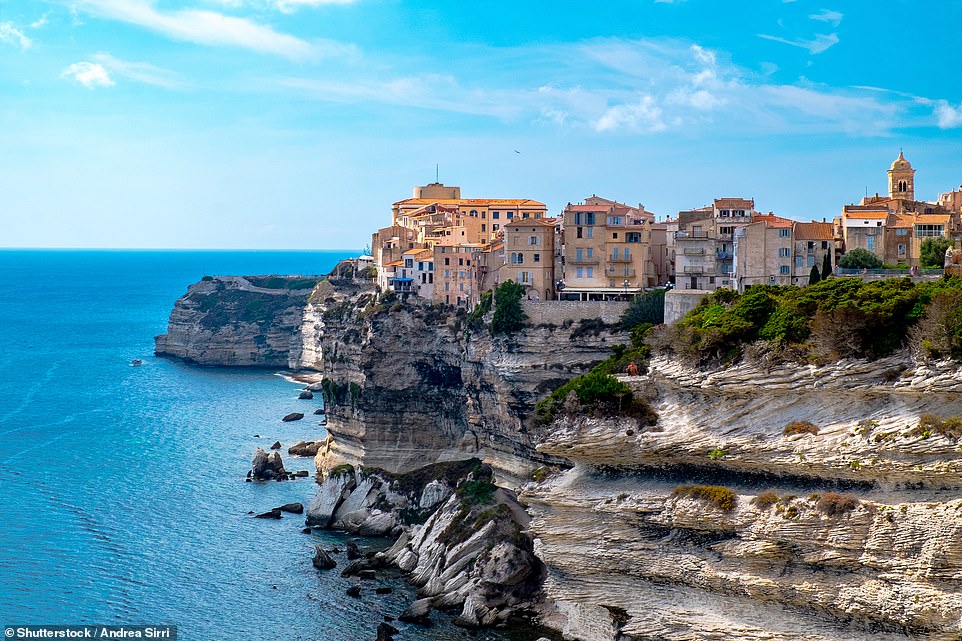 The stunning historic town of Bonifacio in Corsica goes right to the edge of a limestone cliff. The best way to approach it is by boat – it’s a jaw-dropping experience 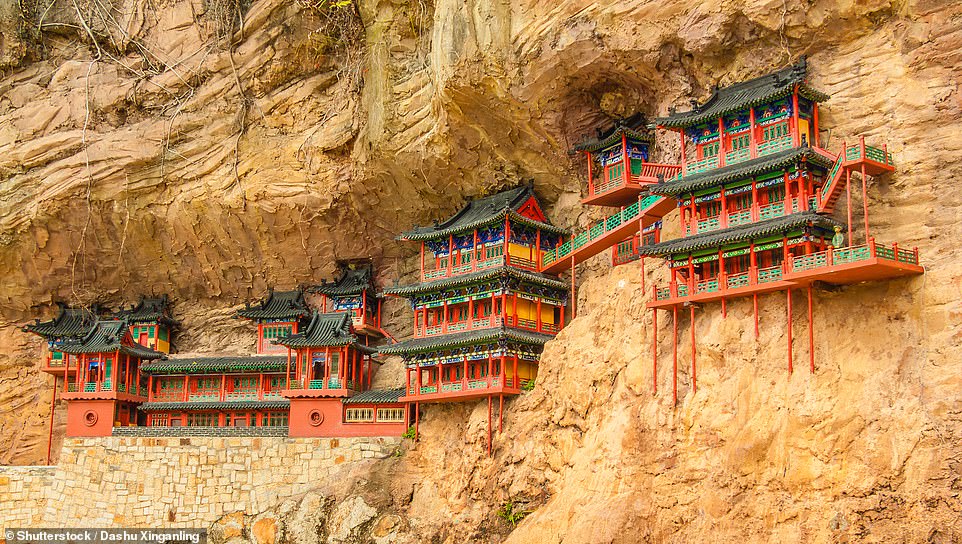 The Hanging Temple was built into the side of a cliff near near Mount Heng in Shanxi Province, China, in 491. They definitely don’t make ’em like they used to… 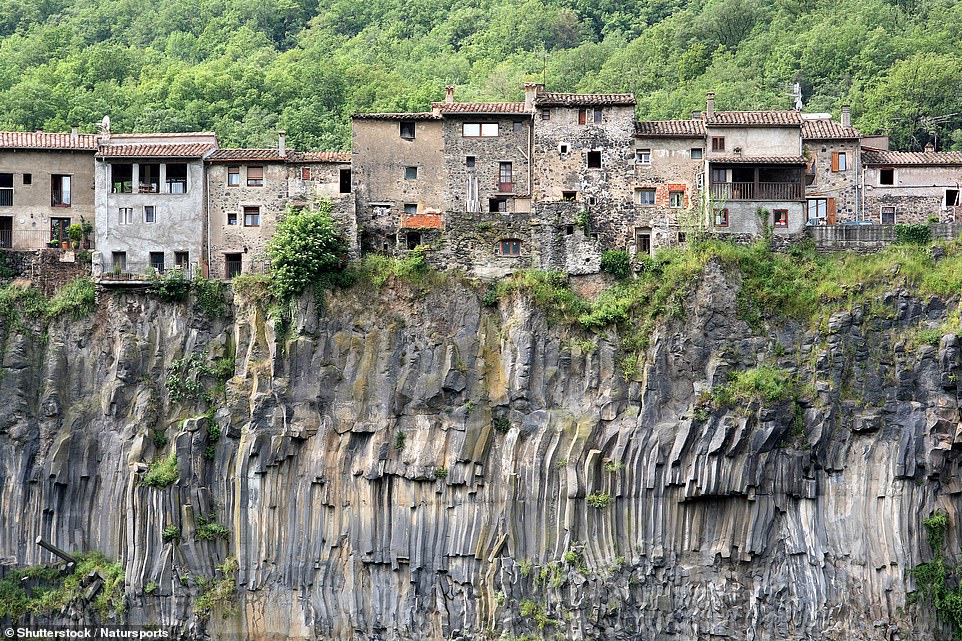 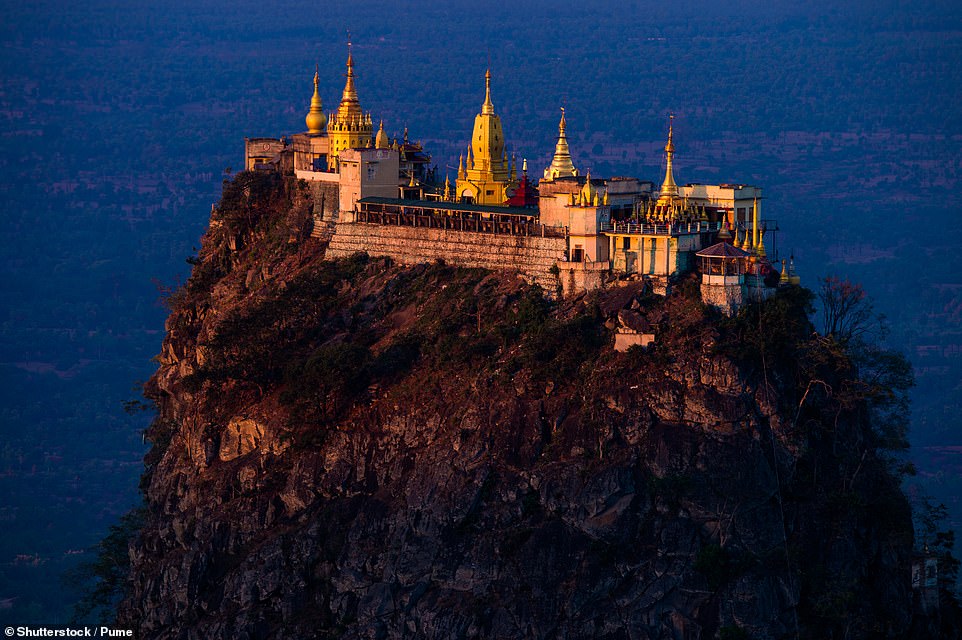 The incredible Popa Taungkalat temple, which sits on top of Popa Mountain in Myanmar. Visitors have to brave 777 steps as well as wild monkeys to reach the top 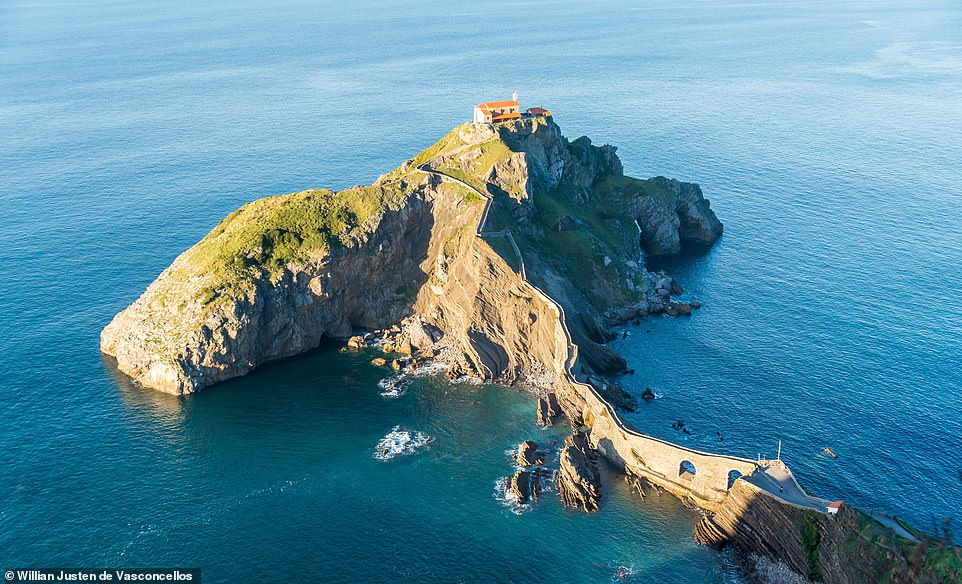 A religious retreat is the sole building on the tiny rocky outlet of Gaztelugatxeko Doniene in the Bay of Biscay off the coast of Spain. The building dates back to the 10th century and a bridge was constructed to take people from the mainland to the island. Ideal for swooping over on the back of a dragon 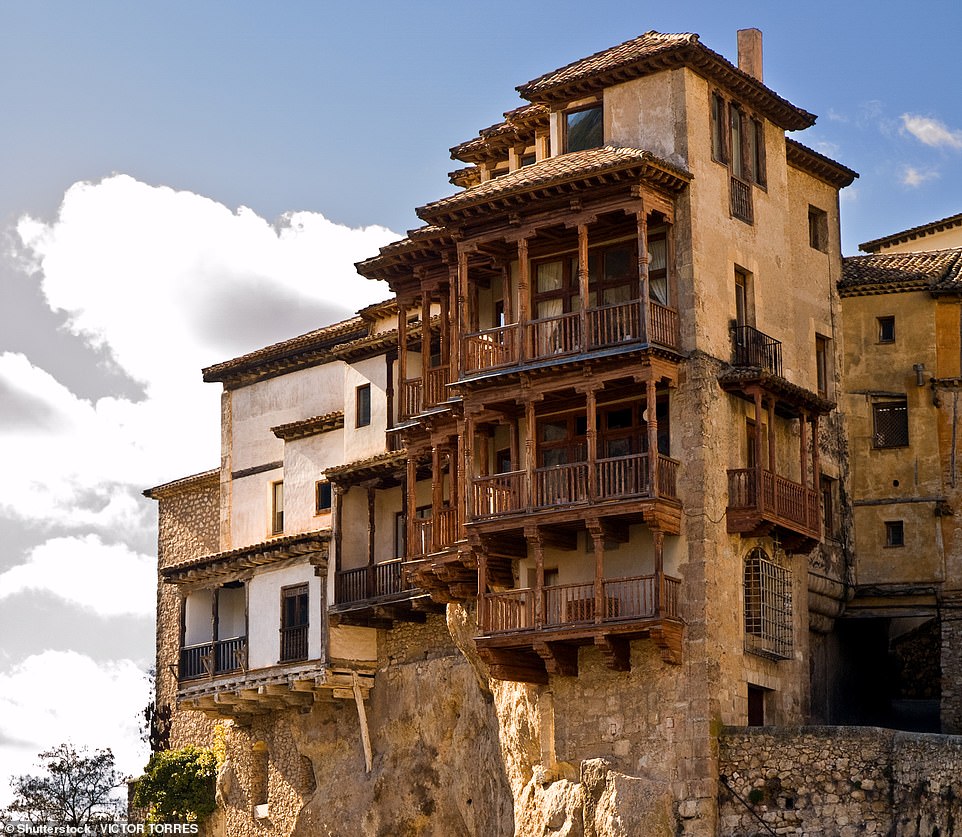 The Casas Colgadas, which means hanging houses, in the province of Cuenca in Spain 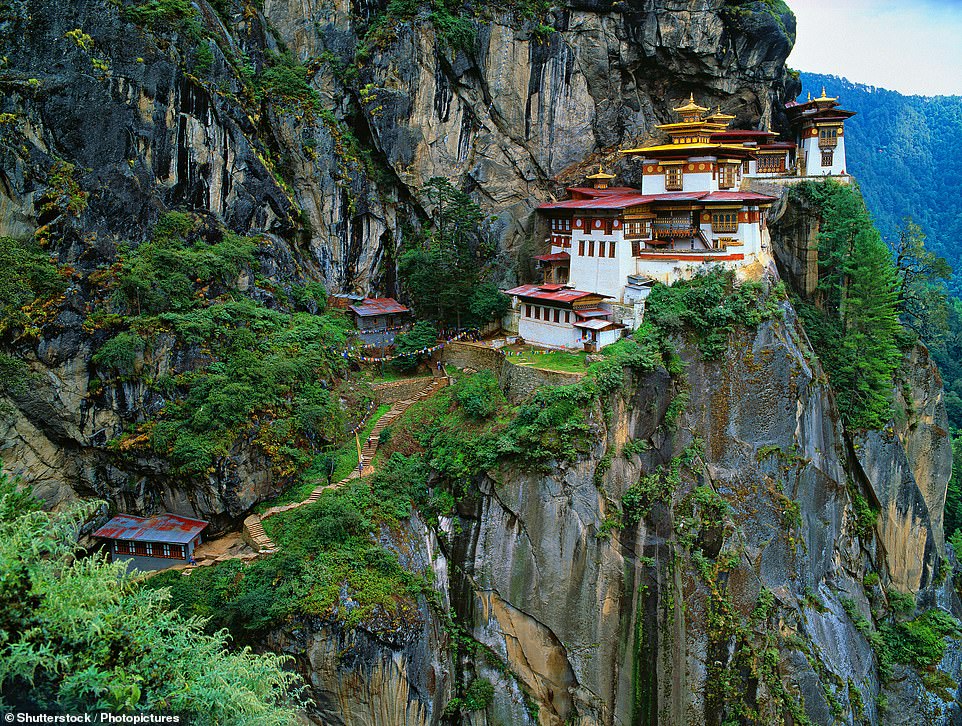 Paro Taktsang, also known as the Tiger’s Nest, is a Buddhist temple complex in the Himalayas in Bhutan. It was built in 1692, but was almost destroyed by a fire in 1998. However, the government of Bhutan stumped up the cash to restore the fascinating building 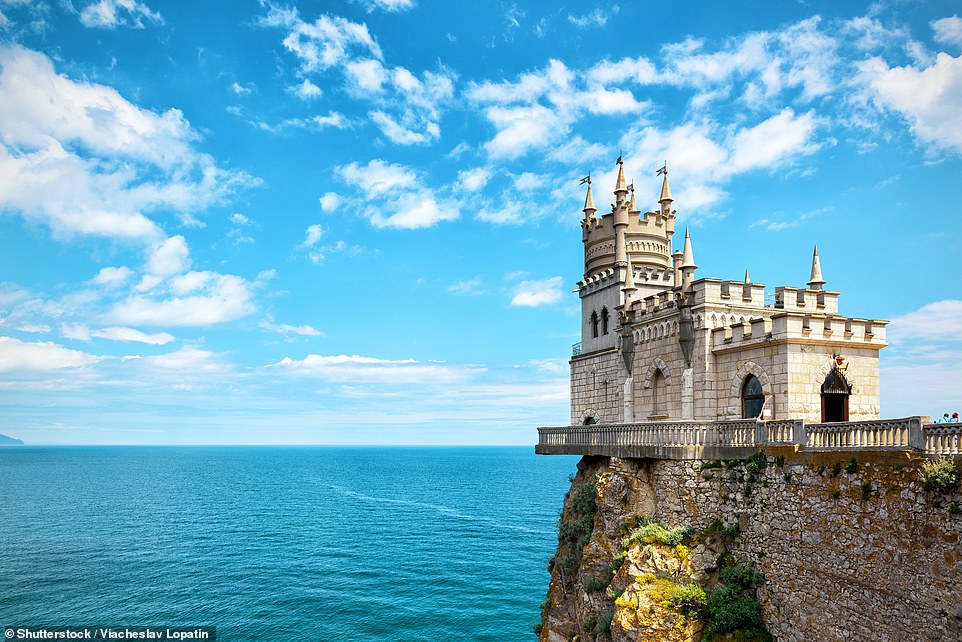 The Swallow’s Nest Castle, which is perched on the edge of the Aurora cliff in Crimea. It was built in 1911 and has survived an earthquake. It is now open to visitors and houses an Italian restaurant 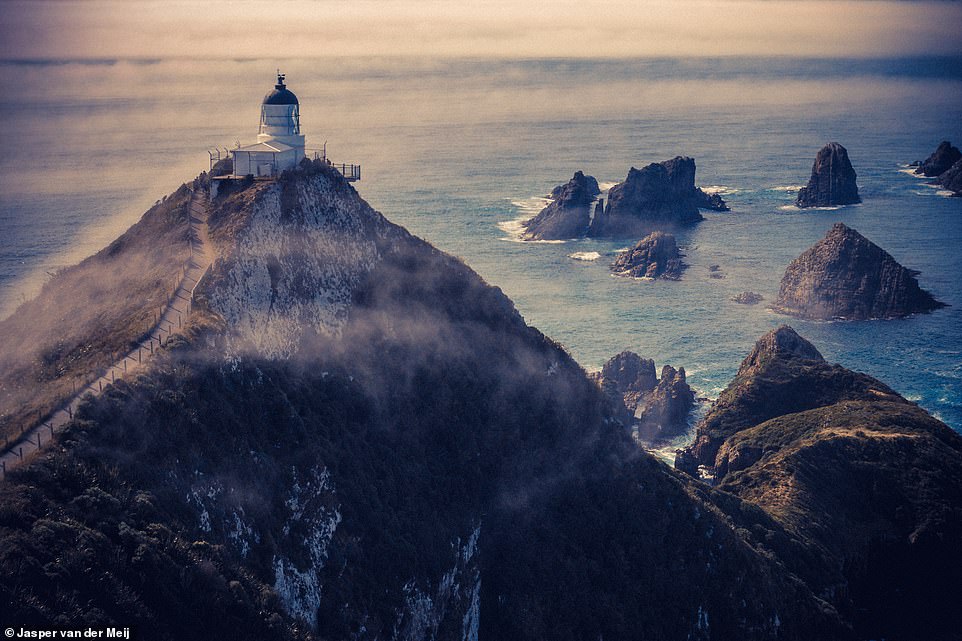 The Nugget Point Lighthouse is one of the most recognisable landmarks on the south island of New Zealand. A sloping path takes visitors to the amazing building, which was first lit in 1870 and took four years to build 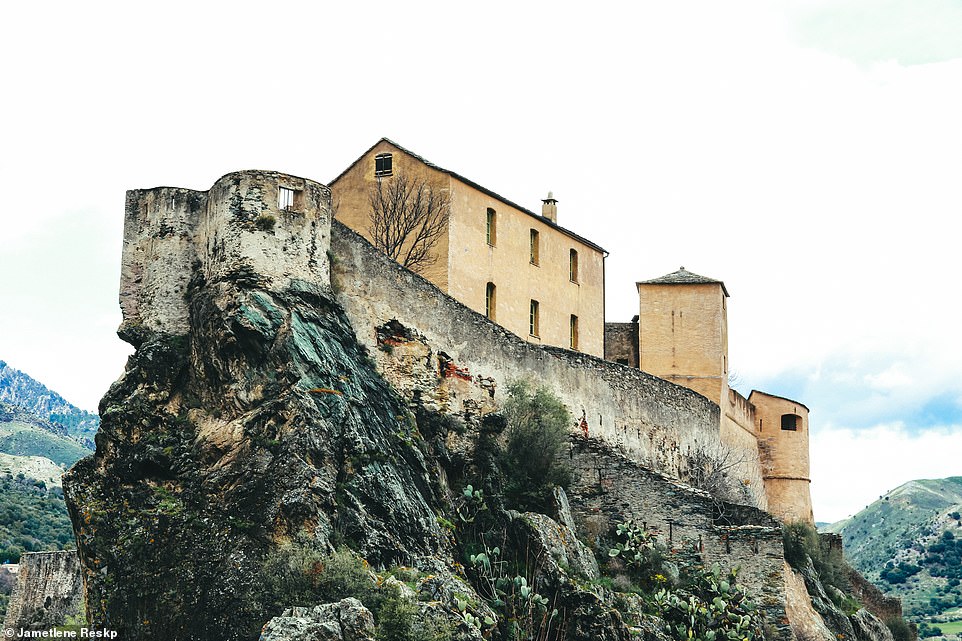 The mountain fortress town of Corte in Corsica. On the top of the rocky outcrop is a citadel, a tourist office and a museum of Corsica 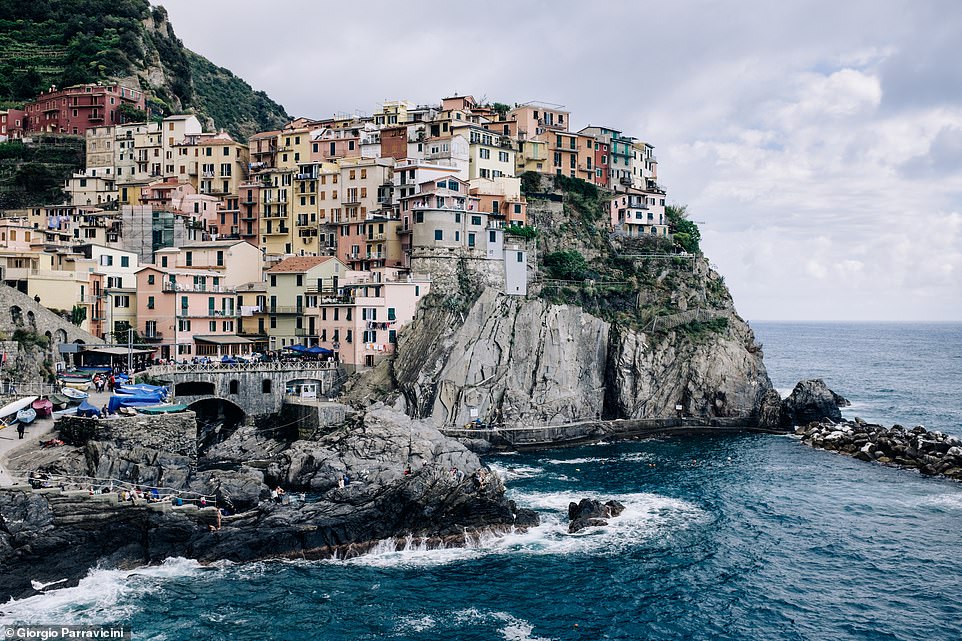 The picturesque village of Manarola stands on the face of a cliff in north-west Italy. It is best known for producing sweet Sciacchetrà wine 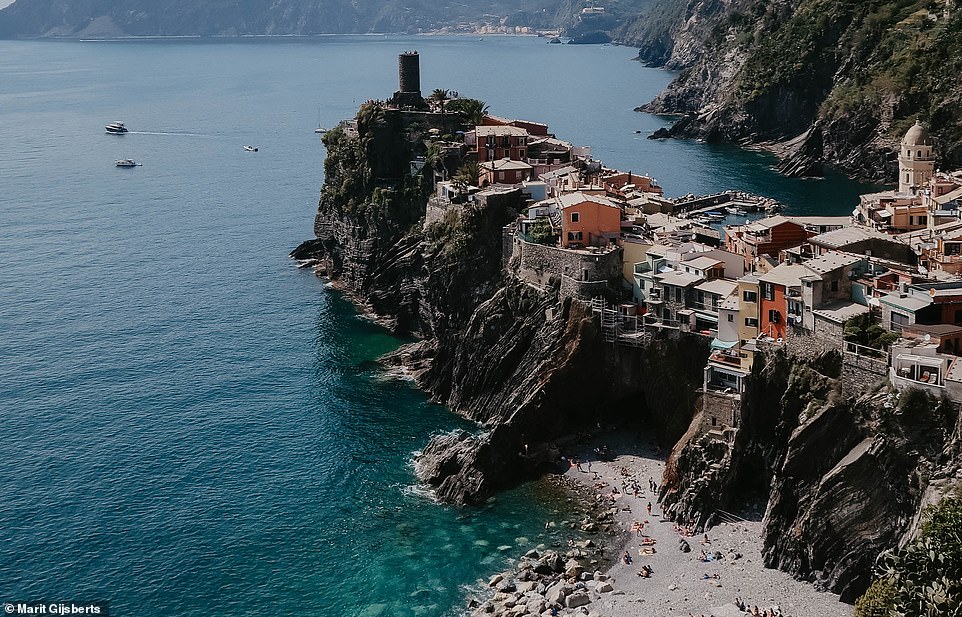 The tiny village of Vernazza, which rests on a cliff on Italy’s Cinque Terre coast. No cars are allowed in the tiny fishing village and it was once the point where the Italian navy would defend its shores from pirates 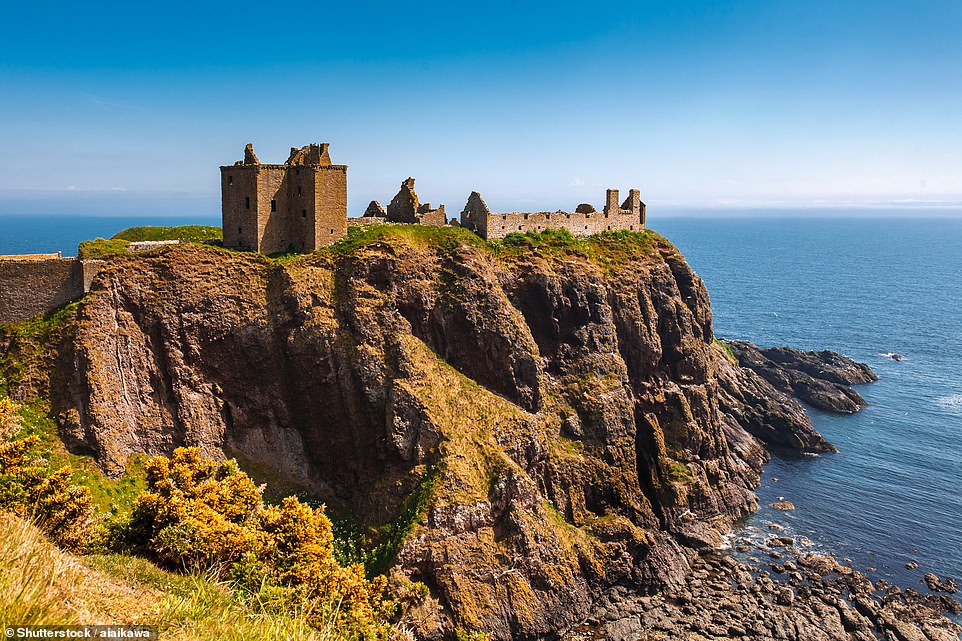 The dramatic ruined Dunnottar Castle in Stonehaven, Scotland, doesn’t score quite as highly as some of the others on the perch-o-meter, but still, building it must have been treacherous. William Wallace, Mary Queen of Scots and King Charles II are all said to have stayed at the castle. The ruins are open to visitors all year round