Celebrating its 80th birthday this year, Manchester Airport is a popular gateway with direct flights to more than 200 destinations worldwide. The airport site is currently undergoing significant changes too, as part of a £1 billion transformation programme.

If you’re travelling from here and want to take the stress out of an early morning departure – or even to take advantage of rates that rival airport parking – there are a range of hotels nearby that offer much more than just a bed for the night.

Here’s a selection of the best, whether you’re on a budget, wish to start your holiday indulgence early, or want the luxury of walking to your terminal. 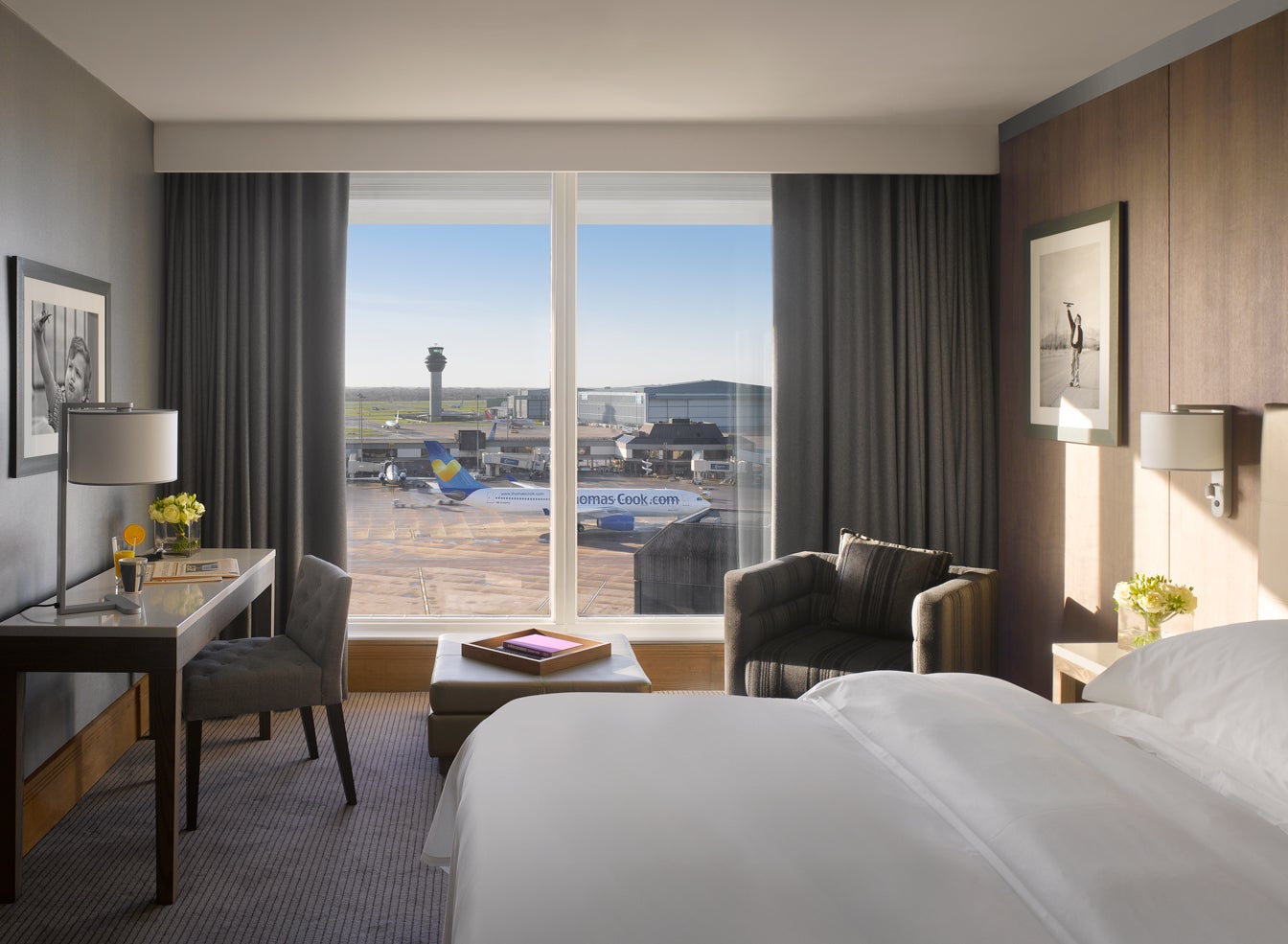 Start your holiday in style in this hotel next to terminal two where there’s a covered walkway from reception straight into the airport itself. Prosecco and Bloody Marys are complimentary with breakfast and there’s a pool, steam room and sauna. Modern rooms are decorated in neutral tones with pops of purple on table tops and airport themed pictures on walls. Some rooms have airport views and the executive lounge on the ninth floor is a great spot to sit with a drink overlooking planes on runways.

Doubles from £180 per night, room only

Doubles with eight days’ off-site parking from £240, room only 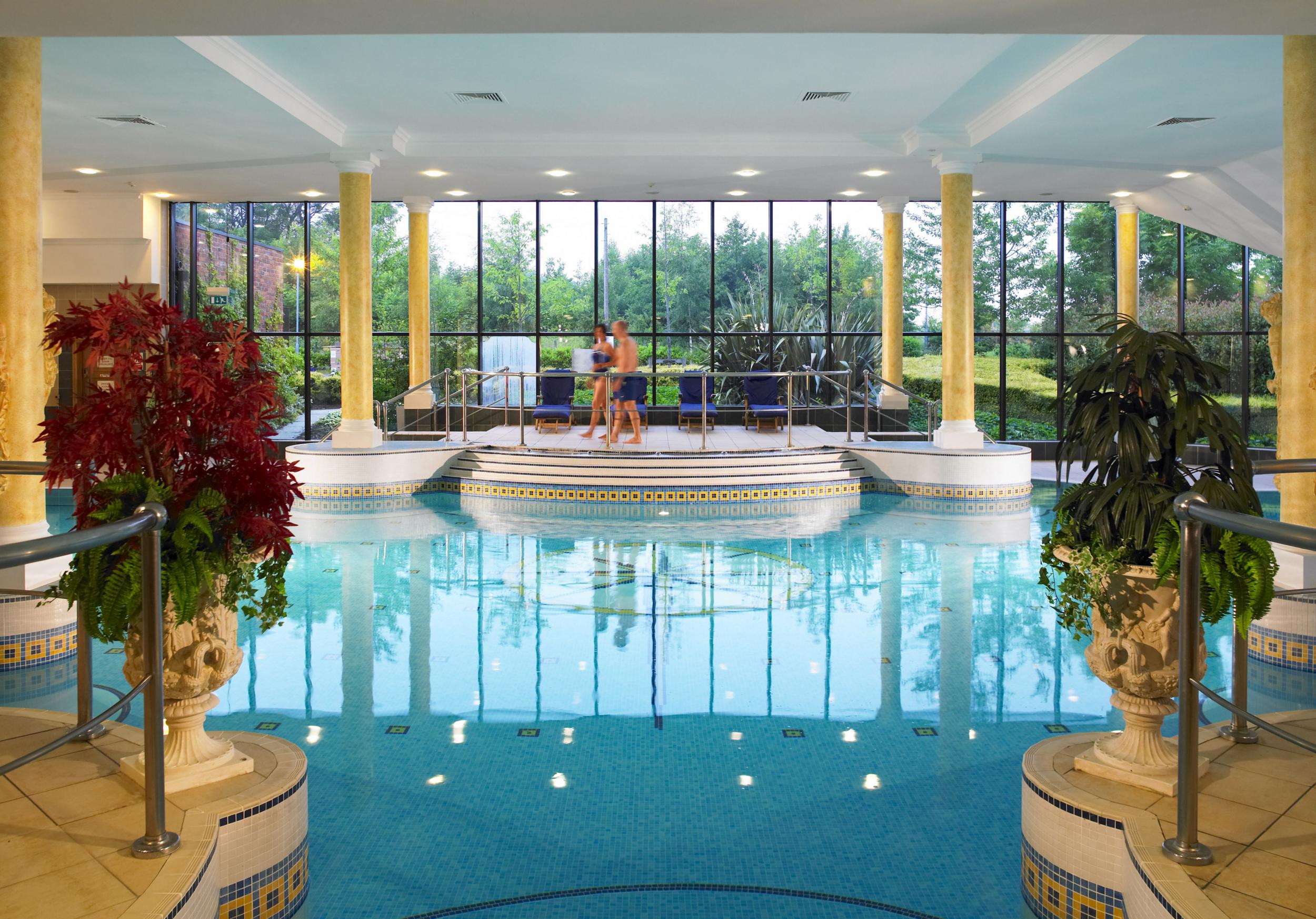 The leisure club and spa attached to this sprawling hotel, located a two-mile drive from the airport, will help you get into the holiday mood early. There’s a large pool, sauna, steam room, Jacuzzi, decent-sized gym and free classes for hotel guests. The recently-refurbished hotel also has two decent dining options – the chic San Carlo Fiorentina that’s popular with well-heeled locals and the new Brasserie Blanc that’s been decked out stylishly with parquet flooring and pink banquettes. The 215 rooms are spacious with statement bright green walls but expect maze-like corridors – all guests are given a map of the hotel at check-in. A free shuttle service takes guests to the airport.

Doubles with eight days’ parking from £130, room only

Best for a home away from home: Lennox Lea Studios and Apartments 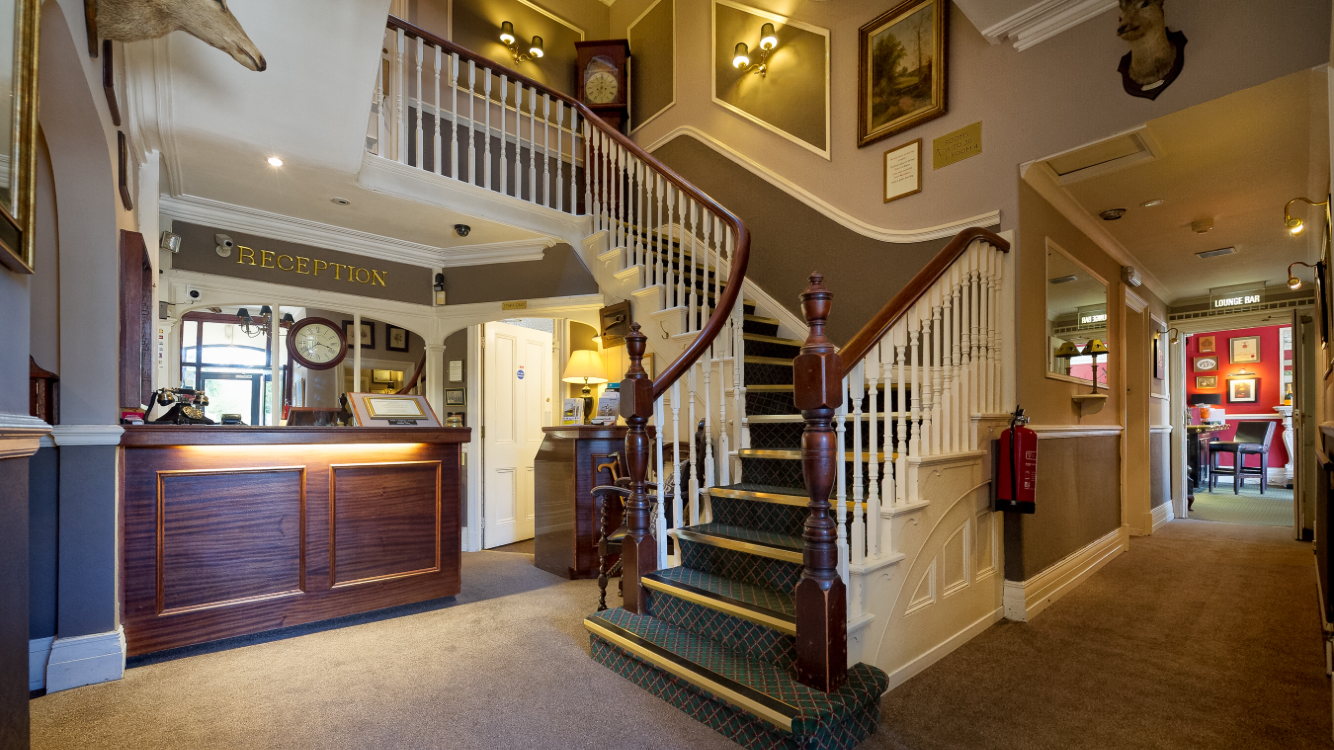 A great alternative to the chain hotels that surround the airport, this 11-room family-run aparthotel has lovely original features such as a soaring staircase, quirky décor in public areas and cheery pot plants in the grounds. The rooms themselves are decorated in neutral colour schemes with flock duvet covers and all have kitchenettes. The large Victorian house is in a quiet spot in the suburb of Sale, six miles from the airport, and there are some competitive park and fly packages available. There’s a set taxi rate to the airport of £16 during the day and £17 between midnight and 6am.

Doubles from £99, including a continental breakfast

Park and fly rates from £119, including a continental breakfast 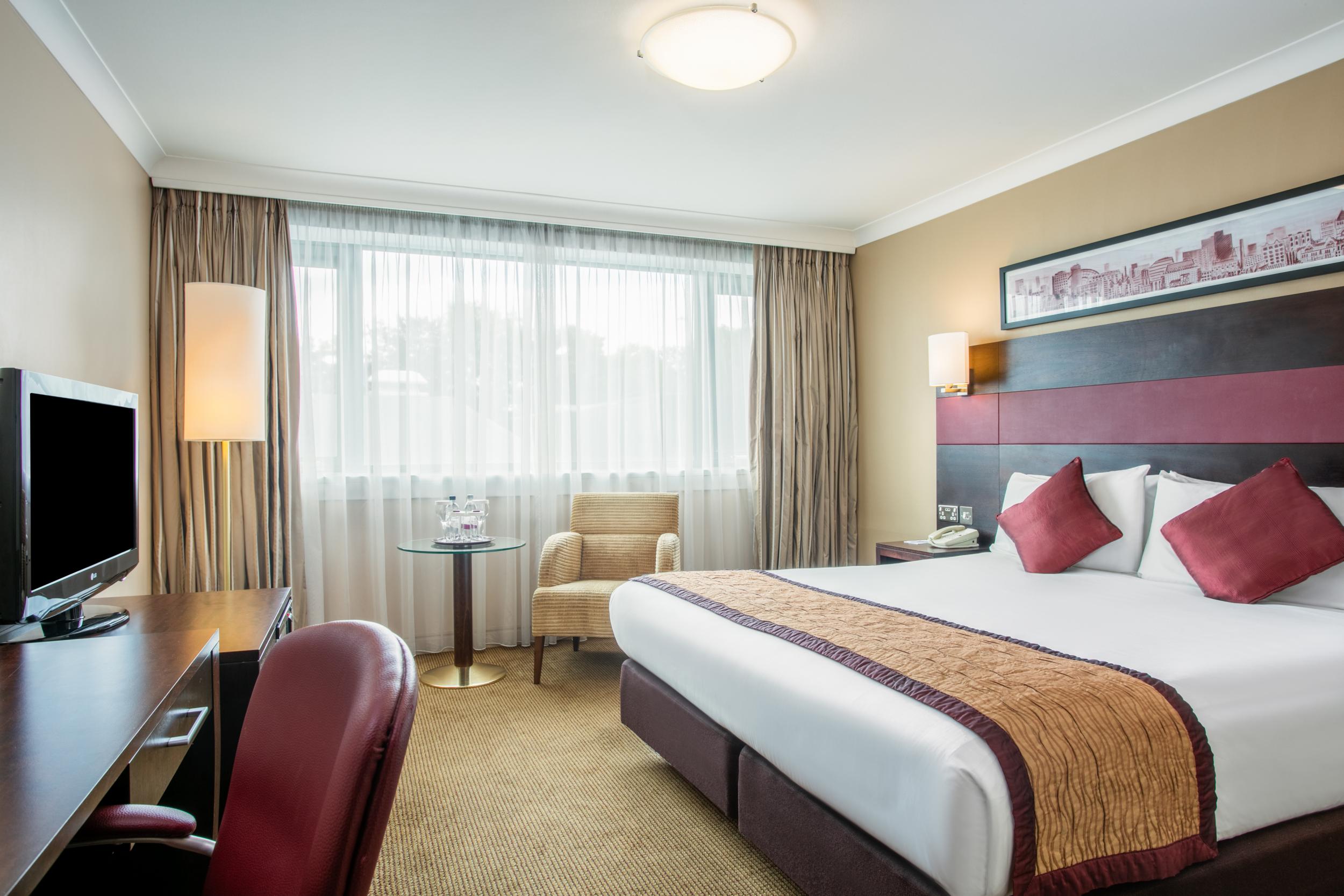 This well-established hotel on the airport site will ensure the start (or end) of your holiday is effortless. Signature Crowne Plaza sleep packs in every room are designed to help guests rest well before early departures and there’s a business centre to print boarding cards out, as well as a mobile phone charging point in reception to prevent any last-minute panics. The Sampans Oriental Restaurant onsite is a local favourite, plus there’s a large traditional pub, Callaghans Irish Bar, attached to the hotel. A free 24-hour shuttle bus takes guests to the terminals.

Doubles from £99, room only

Doubles with eight nights’ offsite parking from £129, room only 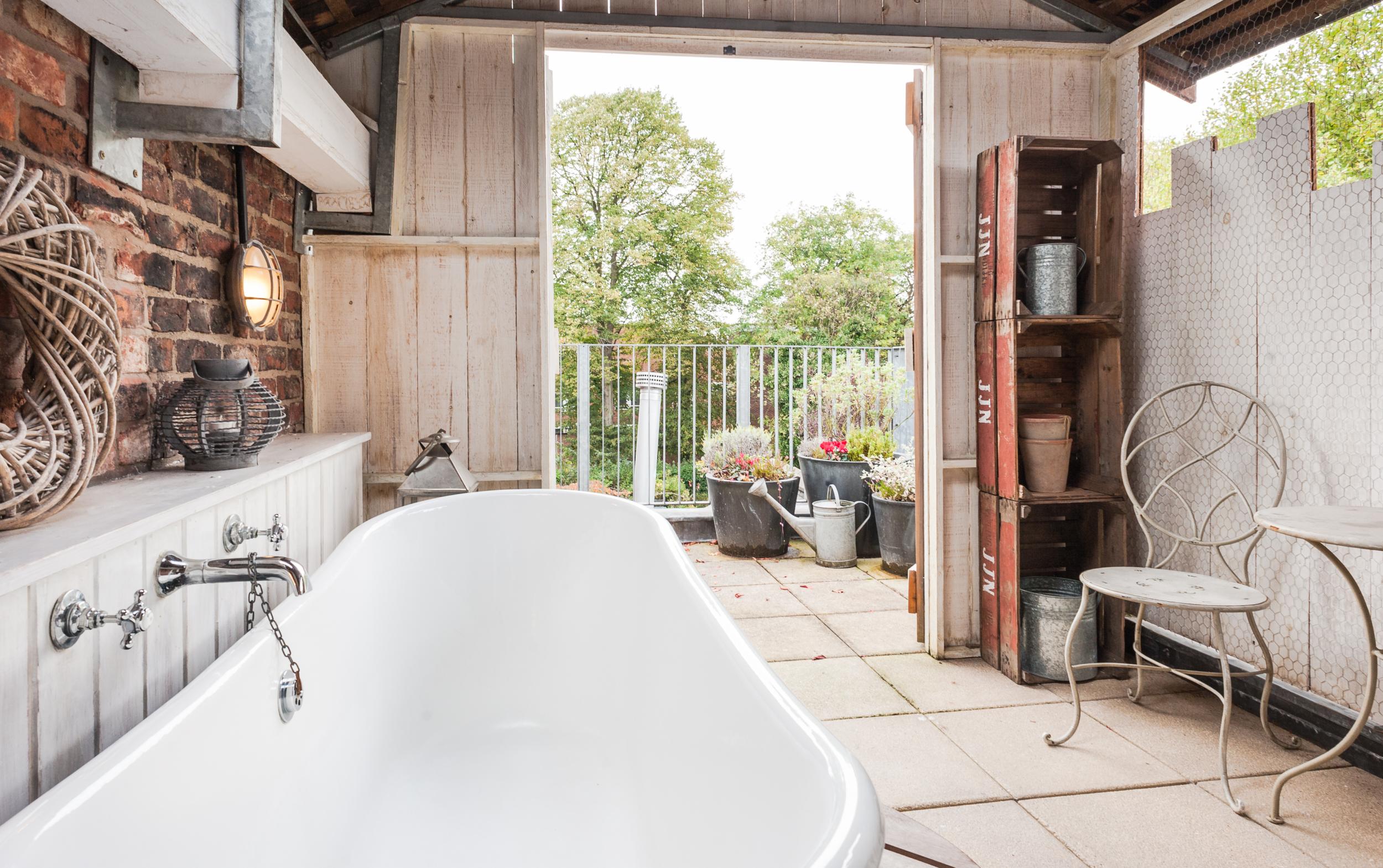 If you’re leaving the car at home, treat your other half to a night away in this boutique property in the affluent south Manchester suburb of Didsbury, five miles from the airport. The 20 rooms are all unique with statement wallpaper, plush fabrics and stylish ornaments all thoughtfully put together by owner Sally O’Loughlin. Many rooms have roll-top baths while the Roof Terrace Eclectic Room has two – one in the room and one on a covered terrace. There’s also a walled garden to laze in and a cosy lounge if the Mancunian weather isn’t behaving. Taxis to the airport cost around £15 for a 10-15-minute journey. 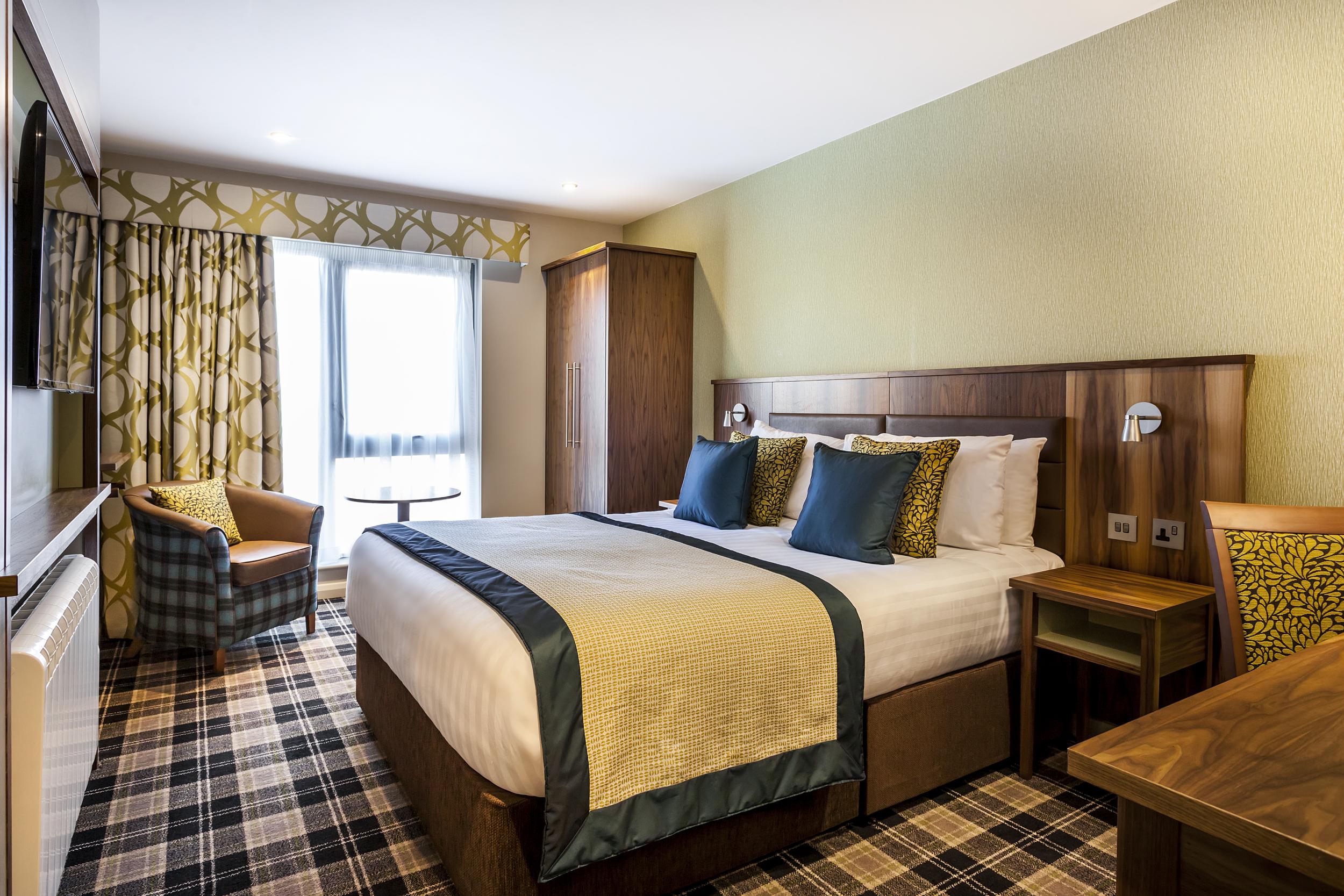 Swap the airport bustle for a hotel with pretty gardens, friendly staff and classically decorated rooms – think checked carpets, dark wooden furniture and scatter cushions. There’s a restaurant with an imaginative menu, plus a simpler bar menu too. In Handforth, around three miles from the airport, the 89-room hotel has a large car park where guests can leave their vehicle as part of the park and fly package. A private taxi to the airport is included in park and fly rates too.

Doubles from £75, room only

Doubles with eight nights’ parking from £99, room only 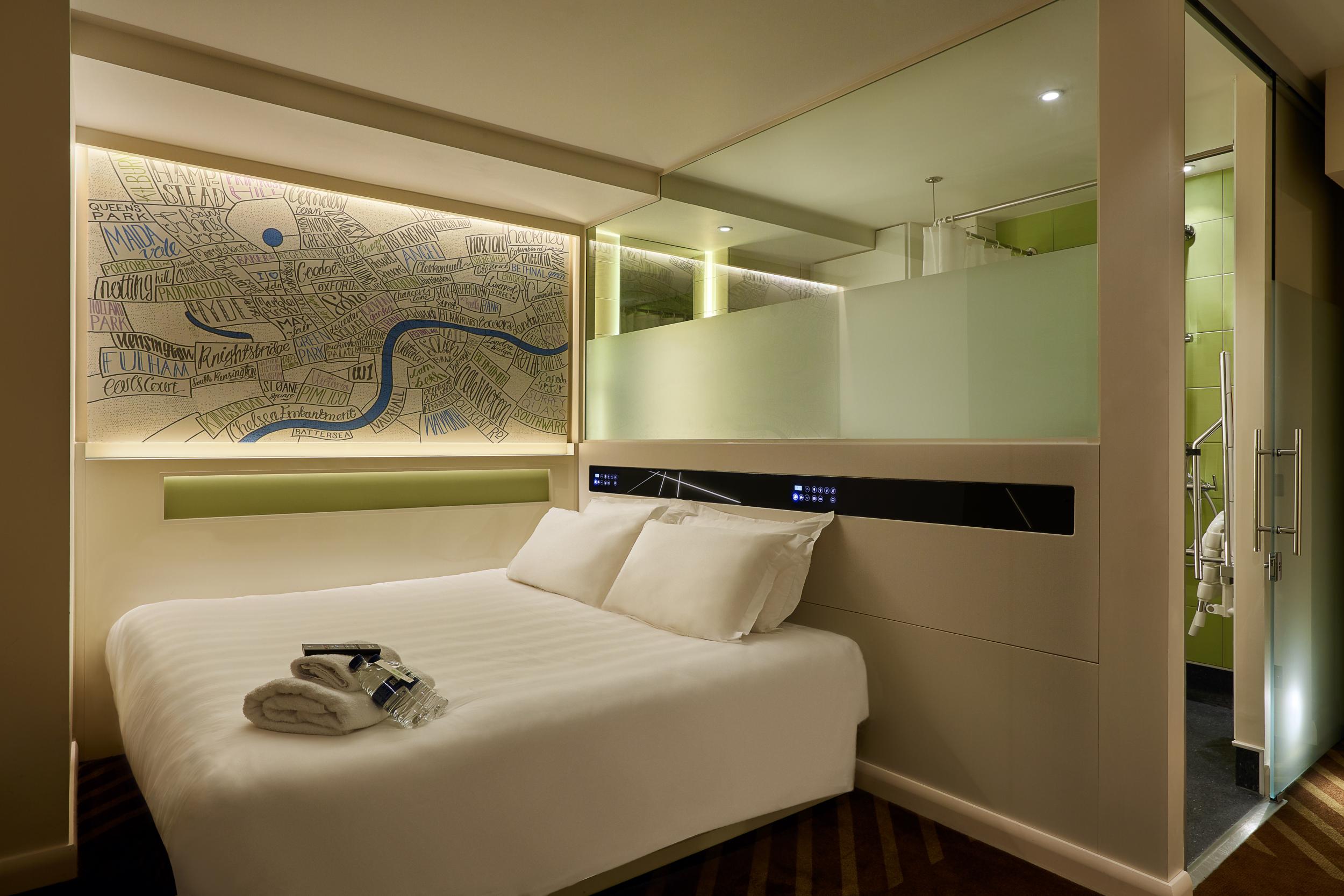 Rooms may be minimal, but with rates for doubles starting from just £29 a night and a location two miles from the airport, this is a good-value, convenient option. Family rooms especially are a steal as you can squeeze two single beds and a cot in, as well as the standard king, plus up to two kids eat breakfast for free with a paying adult. Ask for an airport facing room when you book for no extra charge. There’s a set taxi charge of £8 to the airport and £8.50 to come back. The hotel no longer offers park and stay packages direct but you can book these with offsite parking through Holiday Extras.

Doubles from £29, room only