It was a bit Hitchcockian. As I picnicked atop the wind-whipped peak, a chough landed by my feet. I looked away, taking in the panorama from one of northern Spain’s highest peaks. When I looked back, three more choughs had appeared, standing in formation with the first. Again, I gazed away, across the drop-offs, scree tumbles and shards of granite. And again I looked back. Now six – no, eight – of the jet-black birds gazed back with their 16 expressionless eyes. A dark army amassed from thin air.

Creepy. But somehow appropriate on the stark summit of Torre de los Horcados Rojos. This 2,502m mountain sits within the wild Picos de Europa, a meeting of massifs that was designated a national park in 1918 – Spain’s first such protected wilderness. Yet even after 100 years the Picos is still largely overlooked by Brits, most of whom seek the country’s more Costa-raucous brand of wildness. High up in these mountains, it’s likely to be just you and the choughs.

The Picos de Europa is actually the best of both worlds. This dramatic uprising of multi-folded limestone is only 20km from the sea, so combining sand and summits is easily done. However, my partner and I were concentrating on the latter, following a self-guided hike through the massif and surrounding valleys, staying at family run inns, keen to see what a century of protection has done for this lesser-visited part of Spain.

Our route started in the hillside village of Cahecho, a small cluster of honied stone in the Liebana Valley outside the national park. From here, we’d spend a week weaving gently westwards, advancing on the mountains past quiet villages and a rampage of wildflowers. The route would take us via three provinces too: first Cantabria, then Leon, finishing in Asturias. 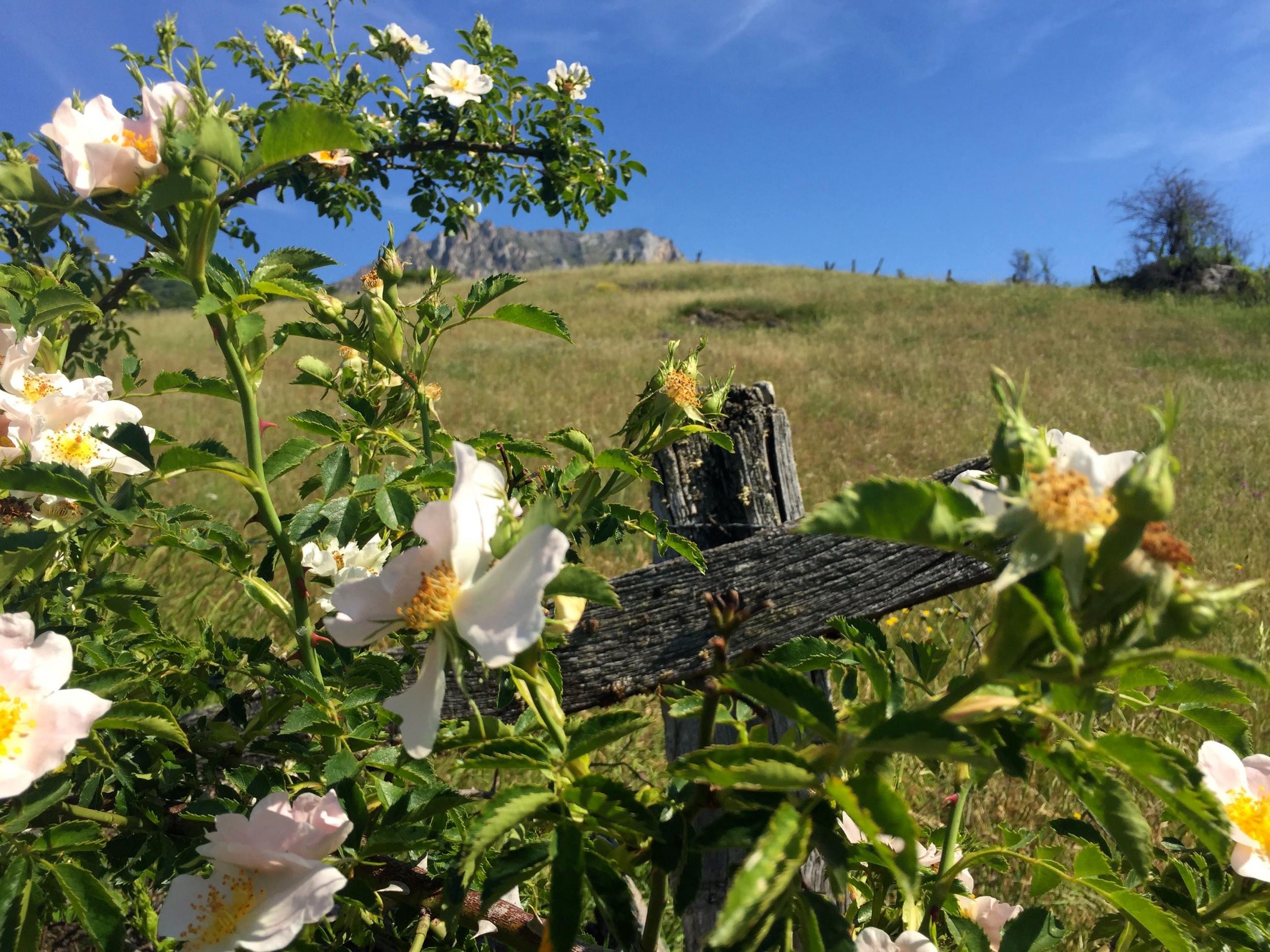 Right away, this was a different Spain. Day one revealed a landscape of hazy green and clunking cowbells that could have been the foothills of the Alps. We saw no one on the countryside trails that wound past holm oaks and fresh-cut pasture. It was only descending into Potes that humanity interrupted. This unassuming old town is one of Europe’s most important Roman Catholic sites; nearby Santo Toribio de Liebana monastery houses the largest known relic of Christ’s cross, and was a preeminent medieval pilgrimage site. We too walked into the town, to stock up on bread and chorizo, browse the narrow lanes and check out the views from the 15th century tower.

After a bright morning advancing into the mountains, we found ourselves easing into Spanish strolling. And while we weren’t in the national park just yet, we started to appreciate its founding principles. Creating the Picos de Europa was about preserving its landscapes, but also upholding its traditional ways – an increasing struggle in the 21st century. On our first afternoon we walked through the atmospheric abandoned village of Porceida, which laid bare the hardships of modern rural living. Empty houses slumped into the earth; weeds and cobwebs consumed everything. 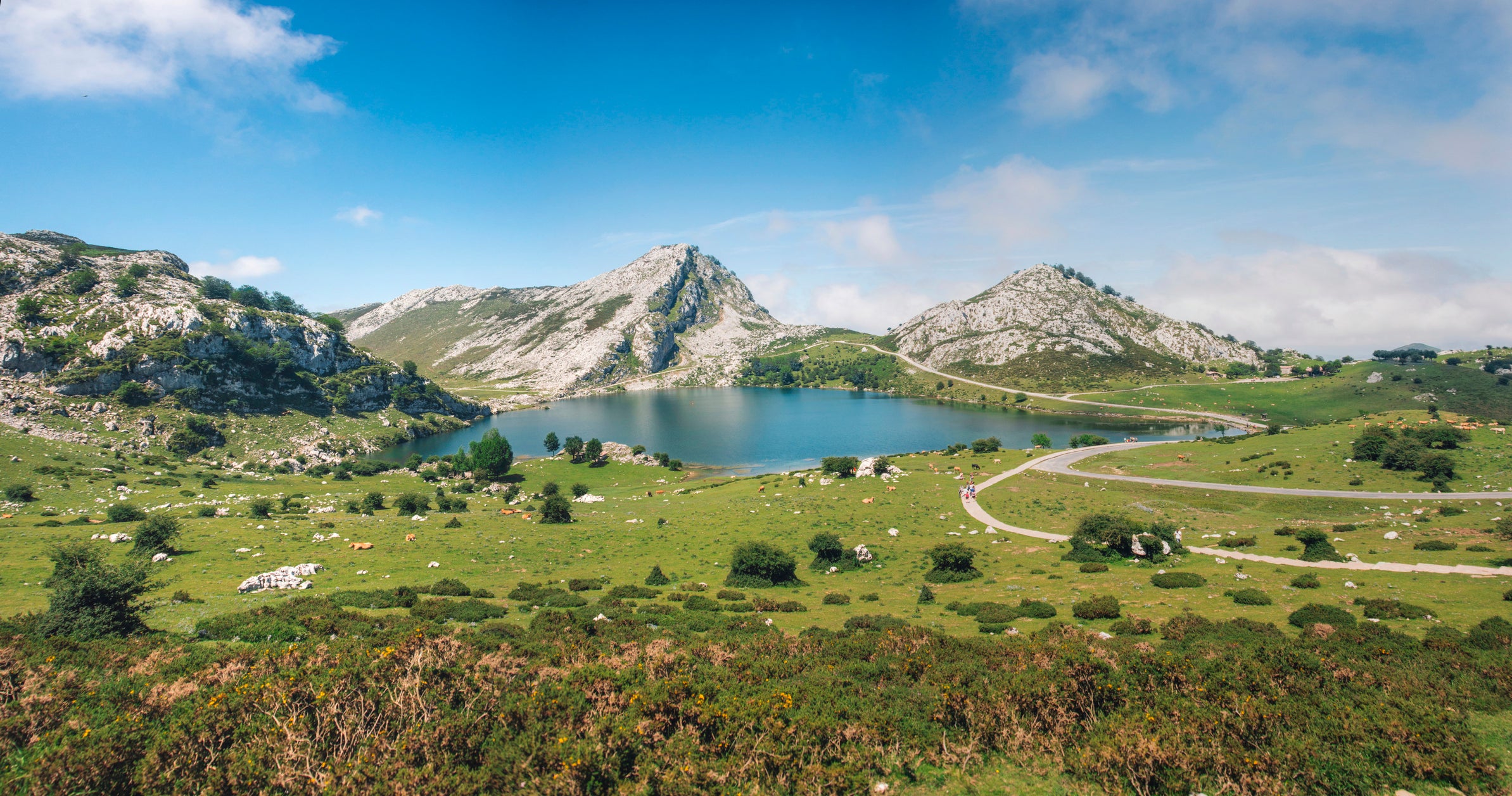 That evening we stayed in the hamlet of Tollo, at a beautiful, art-filled posada, converted from an old farmhouse. Berta, a vet, showed us to our room while Ricardo, an architect, brought us drinks. “The economic crisis led to us taking on the house as we struggled to find jobs in our professions,” he explained. “But we also love the slower pace of life in the mountains.”

We loved it too, and spent the following five days revelling in slow travel through the Spanish countryside, largely alone. We strolled through meadows impossibly bright with butterflies and wildflowers. We undulated over grassy slopes, rambling moors and vulture-patrolled outcrops. We ate cheese that tasted of the mountains. And we ascended into the Picos’ strikingly alien upper reaches to commune with the choughs.

On our final day, we tackled the park’s signature hike, heading northwards through the Cares Gorge to Poncebos. This limestone defile, slicing the Central and Western Picos massifs, is jaw-dropping. At times it’s so narrow you feel the need to breathe in; at times it’s so precipitous you can barely breathe at all. 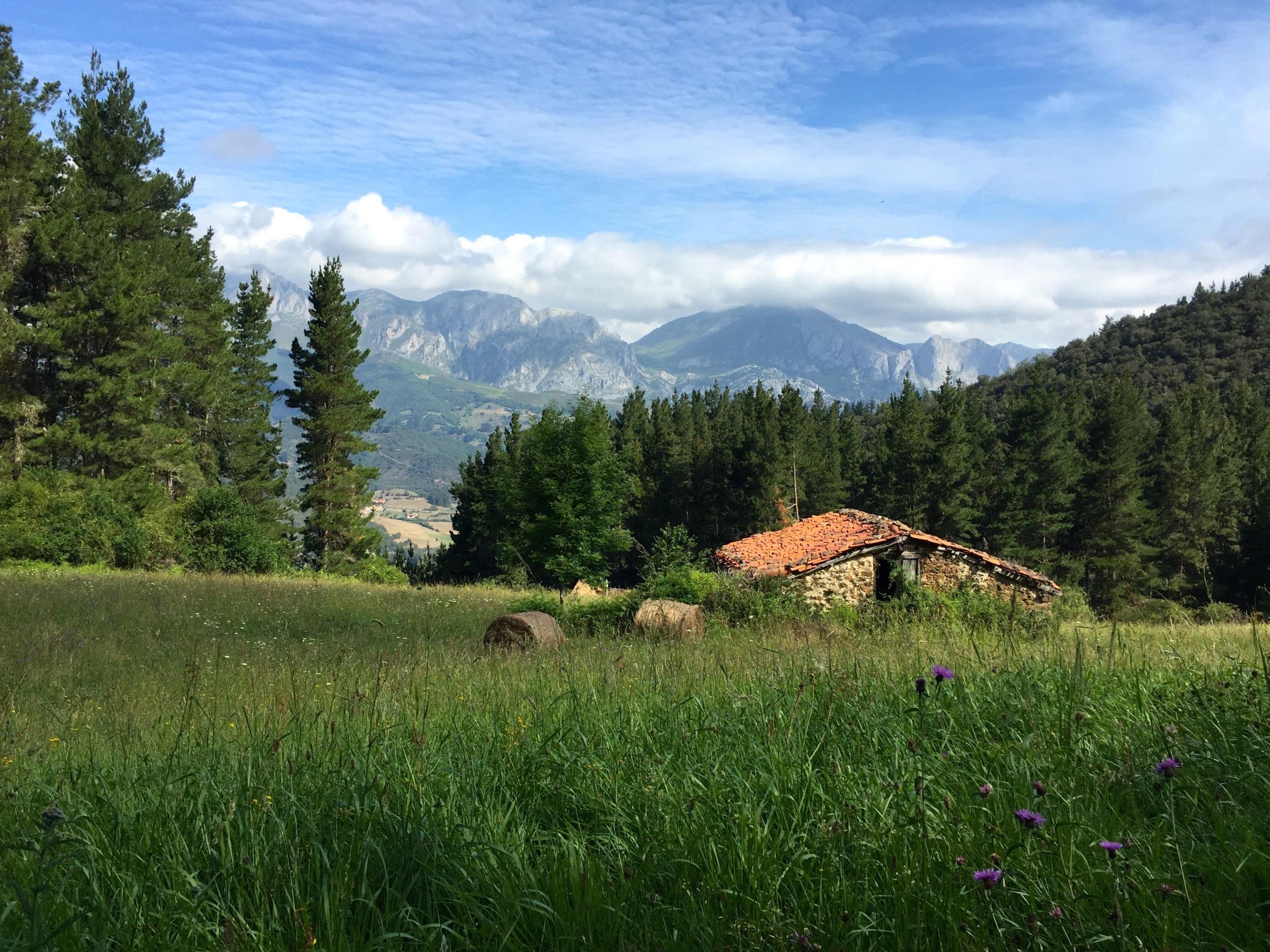 When the national park was designated in 1918, lengthways access along the gorge was a new phenomenon. From 1916, a canal was blasted into the rock walls to feed a hydroelectric station, and an accompanying service path teetered alongside, inching over ledges and under arches. It’s now one of the best day walks in Spain. Before this the only paths hereabouts were shepherds’ trails, used by herdsmen who’d bring their flocks for summer to seemingly unreachable pastures, living in caves, making famed Picos cheese. Few still work these inhospitable mountains now; through binoculars I spied a ruined summer hamlet on the opposite slopes, deserted save for a few goats.

No, the people keeping the landscape alive now are the tourists, especially along this A-list trail. It’s a wild, white-knuckle walk, with sheer drops and looming tops. It was also wild at its finish: the bar in Poncebos bubbled with singing Spaniards drinking Asturian sidra. It was quite the contrast to our previous days’ hiking, when we’d seen virtually no one. But if these modest crowds help preserve these undersung mountains for another 100 years, I’d raise a cider to that.

Ryanair flies direct from Edinburgh and London Stansted to Santander from around £15 one way.