Mardi Gras was the name of Carnival Cruise Line’s first ship in 1972 and it will be the name of the line’s newest ship when it debuts in 2020 as the largest vessel in the company’s history and in many ways a dramatic breakthrough from previous ships.

Mark Julius, vice president-U.S. field sales for Carnival, said the Mardi Gras represents a “brand new style” for the line and is the first in a class of ships called XL. There are two more XL ships planned that will be launched in 2022 and beyond. While they will be similar in size, each ship, said Julius, will have its own personality.

The Mardi Gras is scheduled to enter service in Europe in August of next year, then reposition to New York for a series of voyages before shifting to Port Canaveral for year-round Caribbean departures beginning October 2020.

There are many innovations associated with the new Mardi Gras, including being the first Carnival vessel to use liquid natural gas (lng) for fuel, which is far better environmentally, according to Julius.

For passengers, the innovations are numerous and distinctive with a strong emphasis on food and beverage. The new, only-on-Mardi Gras dining and bar spots in two themed zones include Street Eats, an open-air eatery with themed kiosks; RedFrog Tiki Bar, Polynesian themed; The Watering Hole, modeled after a fun backyard gathering spot; and Guy’s Burger Joint, from Food Network personality Guy Fieri. There are also many other popular branded outlets and a Big Chicken restaurant by Carnival’s Chief Fun Officer Shaquille O’Neal, the basketball great.

Also, legendary chef Emeril Lagasse will have his first seagoing restaurant, Bistro 1396 restaurant, on board. 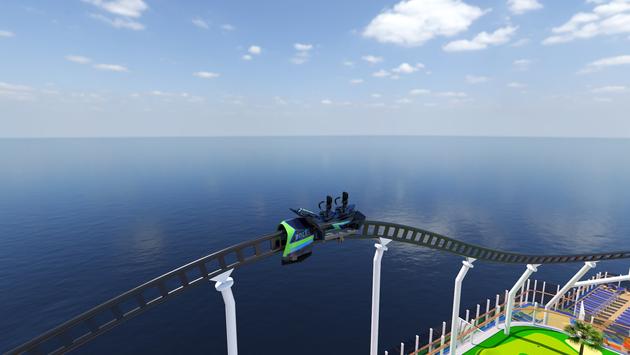 Entertainment will be central to the onboard experience, including a first-in-fleet partnership with Family Feud, with five-person teams battling each other with a chance to win prizes, a dedicated Punchliner Comedy Club and new live music and entertainment options to be announced later.

In addition, the Mardi Gras will offer Bolt, the first roller coaster ever on a cruise ship, as well as Dive-In Movies at the Carnival Seaside Theater. 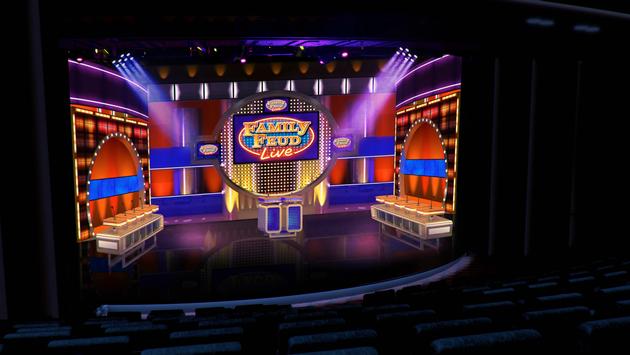 Carnival is in the midst of a year-long WUATA (Why Use A Travel Advisor) promotion which started in April, said Julius. The promotion is being marked by big parties around the country and in Canada, with the last one scheduled for Los Angeles in October.

A website (WUATA.com) features research from CLIA and ASTA, client testimonials and a link to the site’s enhanced Travel Agent Finder tool. The line’s Facebook page will be more interactive and “engagement-enabled.”

In addition, said Julius, Carnival is running a “name your favorite travel advisor” contest—and there were already 2500 entries by mid-June. Three finalists will appear at an event later this year with an advisor and the client submitting the winning essay getting a free sailing on the Mardi Gras.