Nuits Fauves opened in June 2016 beneath the Wanderlust as a “warehouse solution” for central Paris. 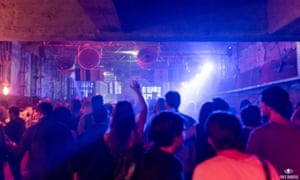 The walls are covered with graphic posters over corrugated metal that say things such as “Your God can’t see you here”. The DJ booth is in a cage and, depending how wild the crowd is, they will tend to climb on and into it, adding a feeling of mayhem to the party. The bookings have so far been magnificent, everything from A-Trak, Tiga and Boys Noize to Carl Craig, Moodymann and Perc. The mix of more “accessible” dance music and harder, highbrow stuff means the crowd is educated and open-minded. Maelstrom and I had one of our best RAAR parties yet in this space, inviting Peder Mannerfelt and Adam X. Every time I’ve had the pleasure of experiencing Nuits Fauves, it’s been a savage delight. I’m so grateful a space like this exists in Paris.
• 32 Quai d’Austerlitz, 75013, nuitsfauves.com
Louisahhh, DJ, on Soundcloud 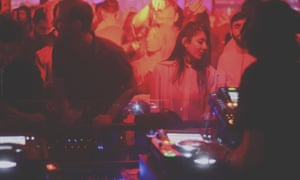 It’s no secret that as a resident DJ at Concrete, the boat is a special place for me. I know it by heart: it’s like a shelter where I can put the clock on hold. The club is on a barge anchored to one of Paris’s most beautiful sites, close to Place de la Bastille, and it was born out of an all-day party. It may be a big club but it has an intimate atmosphere. Sometimes it can feel electric, sometimes hazy but always sexy. This is what I’m really looking for when I’m playing in the club: that vibe that puts everybody in a certain mood. Upstairs the terrace provides the perfect atmosphere when you want to chill and look across at Paris’s sights. Downstairs it’s vivid: the Funktion One soundsystem puts you in a state of trance. Another thing that makes the floor pretty insane is the DJ booth: it’s in the back where people can surround it.
• Port de la Rapée, 75012, concreteparis.fr
Francois X, DJ, on Soundcloud 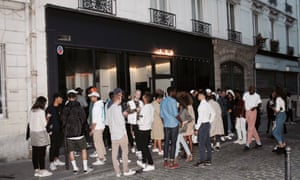 This is a hip-hop-focused bar in the 10th arrondissement that’s minimal but very stylish and has a sophisticated atmosphere. The guys running it are young: one of the owners is a rapper from Paris, Mehdi AKA Jeune LC, part of the Bon Gamin crew, so it’s authentic. It has DJs from Wednesday to Saturday; it’s mainly locals but every now and again it gets a booking from out of town. Rap is the main genre but it also features funk and soul and also has some grime nights. Usually the DJ is set up by the bar but for weekends and busy nights the party is in the basement. It’s a laid-back place but when everyone’s dancing in the basement things can get rowdy, in a good way.
• 20 Cour des Petites Écuries, on Facebook
Laurent Bassols, radio manager at Rinse France, rinse.fr 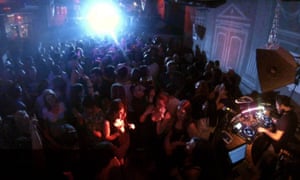 This is a club that’s all about groove music and house. You can find many DJs from Chicago and New York here, and they all know and respect this place. It’s where Moodymann and Theo Parrish play when they come to Paris. It’s small, about 500 capacity, and has a familial atmosphere. People go because they know who they want to see, and that’s urban and house music. For me, the atmosphere of the club reminds me of another great Paris venue: New Morning. It’s a place that programmes jazz, funk and soul but only live concerts – if they did a club, it would be Djoon.
• 22 Boulevard Vincent-Auriol, 75013, djoon.fr
Donatien Cras de Belleval, co founder Cracki records 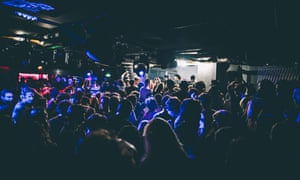 Rex Club is 25 years old now and was the first club in Paris where you could listen to techno. It became famous when Laurent Garnier played, bringing the sound of Manchester’s Hacienda to this city. Even now it has good programming and a great sound system. You can see DJs from Move D to Virginia, with parties from the Trilogy Tapes crew to Optimo. I do around four parties a year there myself, and it has residencies from the big Parisian DJs, such as Jennifer Cardini, Chloé and Ivan Smagghe. It’s a really simple club – there’s one main room, with the DJ booth at the end – but it’s a classic spot all the same.
• 5 Boulevard Poissonnière, 75002, rexclub.com
Jacques Bon, DJ and founder of Smallville Records, on Facebook

Le Chinois is in Montreuil and though the building doesn’t look anything special that’s part of the spirit of the place. It’s not really a club, more of a bar (and the sound quality isn’t amazing) but it is home to beautiful “scenes”. It hosts interesting collectives and some of our favourite nights are at this venue: Parkingstone and I’ve Seen the Future – two nights that are really appreciated by the LGBTQ community. Sometimes we don’t even dance; we just observe and listen to what is happening. When you get to this place you are really the master of your night; you can dance in front of the DJ, or listen attentively from the back of the room, play table football or just talk with your friends.
• 6 Place du Marché, 93100, lechinoisdemontreuil.com
TGAF is a radio show and DJ collective hosted by Carin Kelly, DJ Ouai, Miley Serious and Oklou, on Soundcloud 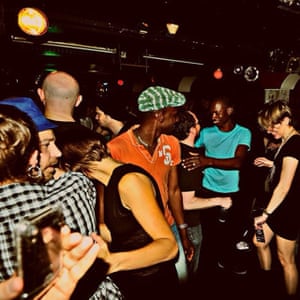 Based in Belleville, La Java has been running in some form since 1924. It’s in an art-deco building and inside are arches and little seating booths on the side of the dance floor. It’s not a pretentious place, it’s not dark, or overcrowded, the decoration is modest and it always has a relaxed spirit: you don’t feel forced to dance. The programming is eclectic – it takes risks – so the crowd will be decided by the type of party that’s on. One of our favourite nights is the experimental Bye Bye Ocean, and one of the best evenings we had there was an Afrobeat party.
• 105 Rue du Faubourg du Temple, 75010, la-java.fr
TGAF 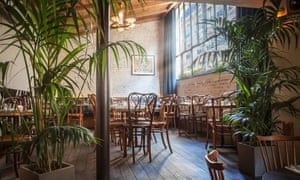 This tiny club has the best-quality music – per square metre ratio! It is known as a great restaurant that becomes an intimate funky cocktail/club at the weekend. Some call it the Parisian response to London’s Brilliant Corners. Edouard, who owns the place, is also part of the party-promoter crew J.A.W. Family, and thanks to his experience with them he’s able to host all the best record collectors around the world: Theo Parrish, Sadar Bahar, Floating Points, Mark Grusane, and Motor City Drum Ensemble have all come to spin for the lucky few in the know. The other secret ingredient that makes it so special is it also nurtures the local community of record diggers and lovers, inviting local acts to spin, such as Clémentine Superfriends, La Mamie’s collective, Around The World, DJ Waxist and Jim Irie.
• 30 Rue Victor Massé, 75009, lentreedesartistespigalle.com
Louise Chen, DJ and promoter, on Soundcloud 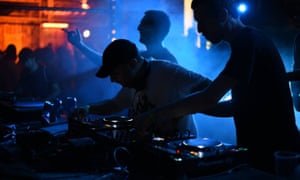 La Station is based in an old train station and is next to the Boulevard Périphérique, north of the Gare du Nord. I like that area; it’s pretty ghetto but authentic. La Station was created by Collectif MU as part of a wider project to transform urban spaces into artistic sites – and it also holds exhibitions, concerts and film screenings. There’s an indoor and an outdoor venue. The post-industrial feel and outdoor stage make it different from many other Paris venues. The music is very good, too: it goes from underground prog to experimental and techno. One of my favourite times was when I played on the little stage last summer. People were losing it, and the venue was so packed people were jumping over the walls from the outside to get in!
• 29 Avenue de la Porte d’Aubervilliers, 75018, lastation.paris
Quentin Vandewalle, co-founder Antinote records

Since I moved to Paris in 2011, the nightlife has been growing. My favourite place is Les Instants Chavirés. It’s in Montreuil, in the east of the city, has been going for more than 20 years, and is run by the most passionate people. From the outside it looks like a small private house. Inside it can host around 150 people, with a small bar on the right side of the stage, serving French wine and Belgian beer. It has the best lineups in the city for left-field, electronic and avant-garde music and is very influential. The focus is on improvised music and experimentation: from established acts such as Nisennenmondaï and Stephen O’Malley to local noise scene acts such as Tanzprocesz and Quentin Rollet. Seeing Ghédalia Tazartès perform there, with his beautiful vocal skills, was an amazing experience. On a more personal level, our Editions Gravats showcases, which we hold there, are always special for me. Thanks to Les Instants for the opportunity to give exposure to artists such as Black Zone Myth Chant and Jamois/Rollet.
• 7 Rue Richard Lenoir, 93100, instantschavires.com
Low Jack, DJ, lowjack.eu