Opening on the shore of Windermere in March, this new museum will trace 200 years of boats and boat-building in the Lakes. The vessels on show (on the water and in boathouses and galleries) will range from historic steam launches to sailing yachts and record-breaking speed boats. The exhibits include Beatrix Potter’s tarn boat (from where she once sketched) and SL Dolly, thought to be the oldest mechanically powered boat in the world. The conservation workshop will also allow visitors to watch the restoration work take place. Venture out on to the water on cruise boats and grab the opportunity to sail on the Osprey, a restored Edwardian steam boat.
• Opens 23 March, adult £9, under 16s £7, windermerejetty.org 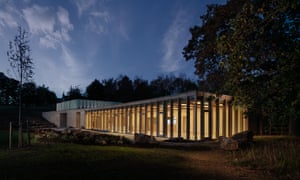 This art-filled landscape has 500 acres of rolling hills that are home to works by Barbara Hepworth, Ai Wei Wei, Henry Moore and many others. A new visitor centre has been built, called The Weston, and is to open to the public in March. Set into the hillside of a former quarry, the centre will be at the park’s east entrance, with a gallery space, restaurant and a shop selling produce that includes honey made at the park. The Weston will host temporary exhibitions to complement the park’s outdoor collection, with work by Indian artists Thukral and Tagra inaugurating the space.
• Park open year round, new visitor centre opens 30 March, admission free, parking from £3 an hour, ysp.org.uk 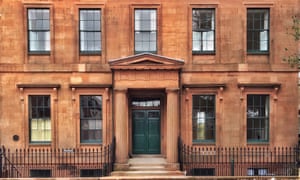 Neverland is real after all. The “enchanted land”, surrounding Moat Brae, a Georgian townhouse in Dumfries, south-west Scotland, was the inspiration behind the tale of Peter Pan, according to author JM Barrie, who played in the gardens as a child. After years sitting derelict, and facing demolition, the house is being restored to its former glory and transformed into a cultural centre celebrating children’s literature. Due to open in spring 2019, it will include an interactive exhibition, garden adventure trails, bookshop, cafe, as well as hosting workshops and events.
• Opens 3 May, tickets on sale in April, peterpanmoatbrae.org 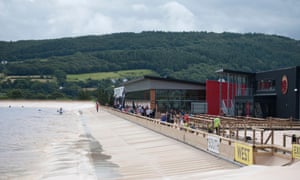 New activities at this redeveloped adventure centre in Wales include indoor climbing and artificial caving, outdoor bouldering and an adventure playground, off-road cycling tracks, and other instructor-led activities, such as gorge-walking and kayaking. Originally called Surf Snowdonia, the centre was the world’s first inland surf hub. The waves are due to roll in again at Easter, as the centre reopens for surfing (the new Adrenaline Indoors – indoor adventure centre – will open in July). Currently there’s pod and yurt camping and caravan hook-up points, including use of hot tubs and sauna, with plans for an on-site hotel and spa for 2020.
• Off-peak surfing £35 adult, child £25; surf lessons from £50 adult, £40 child, surfsnowdonia.com 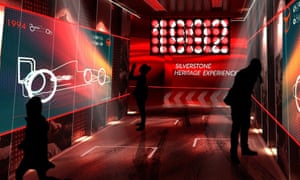 Silverstone has been an important venue in British motorsport since the 1940s and will be home to a new museum – opening in the summer – celebrating sporting glory, rivalries and engineering innovation. Interactive displays highlight those involved, past and present, from medieval monks to current racers, marshals and engineers. Silverstone was built on the site of an RAF bomber station and the only remaining Wellington bomber hangar has been refurbished to house the new exhibition. Cars and motorbikes will sit alongside ephemera from the archives, including photographs, books, programmes, journals and driver signing-on sheets. There are walking trails and tours of the heritage circuit and an immersive audio-visual finale that takes visitors speeding around the track alongside racing icons in “the Ultimate Lap of Silverstone”.
• Opens 1 June, adult £20, child (5-15) £10, 4s and under free, family tickets from £38, silverstone-experience.co.uk 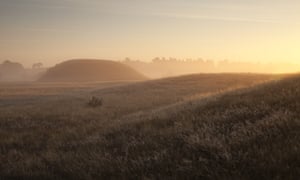 A 17-metre observation tower and new walking trails are part of a redevelopment due to open at the Anglo-Saxon burial site. Views from the tower will give a fresh perspective of the burial mounds and the 255-acre estate by the River Deben. A new exhibition (at Tranmer House, the former home of Edith Pretty) will explore the significance and timeline of discoveries, such as an ornate helmet and welded sword. The site also includes a full-size reconstruction of the burial chamber, and activities and an education programme will be running throughout the year.
• Site reopening at Easter for new walking trails. Exhibition Hall and Tranmer House reopening mid-summer, redevelopment expected to be completed by the end of summer, nationaltrust.org.uk 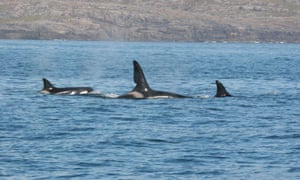 This network of 25 whale-watching sites aims to showcase some of the best places to see marine wildlife on the west coast of Scotland. The route will connect the sites, from headlands and sea lochs, to white-sand beaches and busy harbours, as well as visitor centres. According to the Hebridean Whale and Dolphin Trust, more than a quarter of the world’s whale, dolphin and porpoise species have been recorded in Hebridean seas, making it a prime location for those hoping to spot the creatures. The trail is to officially open in early summer with its website listing suggested routes and a forum for sharing experiences and photos.
• Opening date tbc, hwdt.org 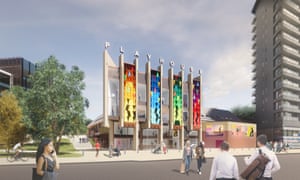 The refurbishment of the former West Yorkshire Playhouse will include a new performance space, cafe and restaurant, plus accessible entrances, extra seats and improved facilities. The venue is also returning to its original name (from 1970, when it first opened). The new theatre will include a third performance space, the Bramall Rock Void studio theatre, for artists and audiences to make and watch new work. The revitalisation of the surrounding Quarry Hill area is earning it the reputation for being Leeds’ new cultural quarter, with housing projects on the doorstep of major cultural institutions and the redevelopment of Leeds City College and Leeds College of Music library. The theatre’s current pop-up season and creative engagement programme, including a youth theatre, workshops for older people and sessions for refugees, are running in other venues around the city until the new site opens in autumn 2019.
• leedsplayhouse.org.uk 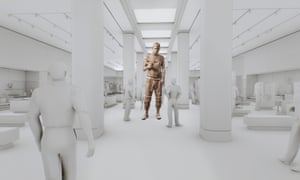 Marvel, or shudder, at more than 2,500 artefacts spanning 400 years in the Science Museum’s new medicine galleries – home to one of the largest medical collections in the world. Tracing the transformation of life through medical research and practice, the new permanent display is due to open in autumn 2019. Exhibits range from prehistoric surgical tools to modern medical equipment and include fascinating items such as the first 3D-printed models – designed to help with a kidney transplant from a father to his two-year-old daughter – and the embryo incubator used to create the world’s first test-tube babies.
• Opening date tbc, admission free, sciencemuseum.org.uk 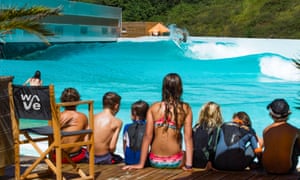 A new inland surf centre is set to make a splash in Bristol this autumn with its 185-metre lake and advanced wave-making technology. Suitable for all ages and abilities, it will be able to host 80 surfers at the same time, with six different surfing zones with waves varying in size and power from 50cm to 2.4m-high. The Wavegarden technology also means wave-riding averages of 15-20 seconds, which are longer than most popular seaside surf spots. The centre will be followed by another in Lea Valley park, London.
• Opening autumn 2019, thewave.com